Lewis Hamilton was left frustrated after sustaining "a lot of damage" to his Mercedes Formula 1 car that cost him an "easy second" in Sunday's Austrian Grand Prix.

Hamilton started fourth for Mercedes at the Red Bull Ring, but managed to move up to second in the first stint after seeing Sergio Perez drop back and then overtaking Lando Norris.

But shortly into the second stint, Mercedes informed Hamilton that he had sustained damage to the left-rear of his car, costing him downforce.

Mercedes initially told teammate Valtteri Bottas not to race Hamilton, only to swap the cars around with 20 laps to go before Norris overtook as well one lap later.

Hamilton took a free stop for a set of hard tyres, and crossed the line in fourth place, 26.4 seconds behind Norris in third place.

"I already said before the race that it would be very hard to beat Max of course," Hamilton said. "But obviously it's frustrating to lose so much downforce on the rear of the car and not be able to hold on to second place. So a lot of points lost today. 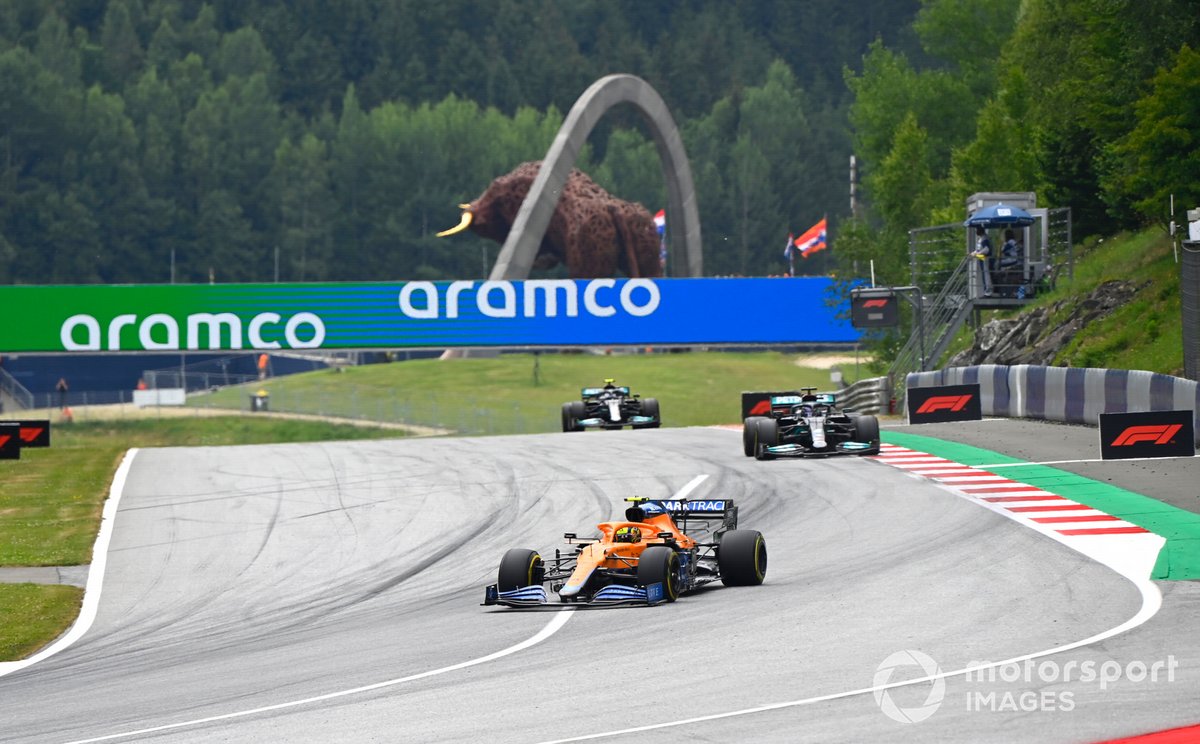 Replays showed Hamilton running wide over the big sausage kerb at Turn 1 during the race, but the seven-time world champion remained unsure where he had picked up the damage.

"I wasn't going over the kerb more than anyone else, so I have no idea where it happened," Hamilton said. But there's a lot of damage."

It marked Hamilton's fifth race in a row without winning, leaving him one shy of his most recent longest winless streak from 2017-18.

Red Bull has managed to pull clear of Mercedes for pure performance in recent weeks, with Hamilton saying his team is "miles away" and again calling for an upgrade ahead of the British Grand Prix at Silverstone.

"We've got a lot of work to do, Hamilton said. "We need all hands on deck, which I know they already are. And they've brought a lot of upgrades over these last few races, and we haven't brought any.

"So we've got to bring some, find as much performance as possible, otherwise this will be the result most often."