The recent resurfacing of the Circuit de Barcelona-Catalunya has robbed the Spanish track of its "character", according to reigning Formula 1 champion Lewis Hamilton. 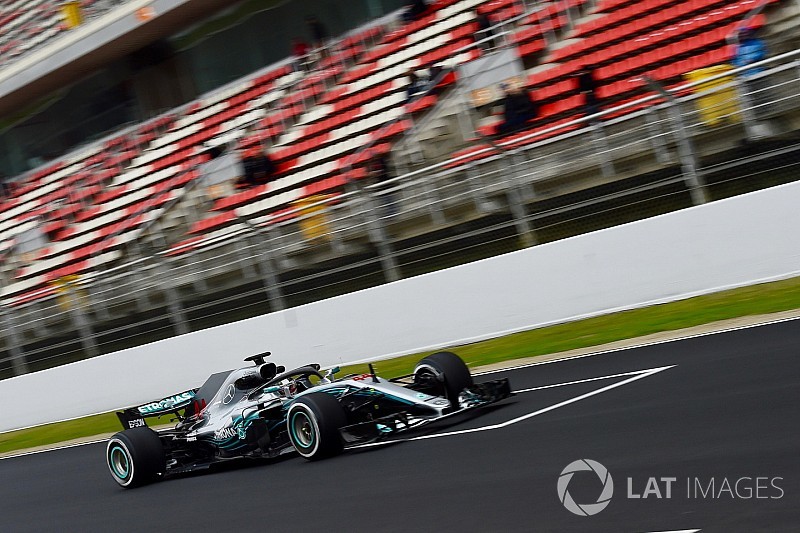 Resurfacing works at the Barcelona track took place in January at the behest of MotoGP, as riders had complained of dangerously low grip levels on the old track surface that dated back to 2007.

F1 drivers had their first taste of the new tarmac during this week's first pre-season test, although poor weather has so far prevented the existing outright lap record from being lowered.

Mercedes driver Hamilton, who ended up with the quickest time of the week, expressed his dismay at the work done over the winter, comparing the new Barcelona surface to a new house that lacks character.

"I’m not quite sure why they do resurface [certain tracks], I think it’s a waste of money in general," he said. "The older the surface, the more character there is in a surface.

"If you smooth the thing out, you lose a lot of the character that a track like Barcelona has.

"I like a track that is a bit more dated in terms of surface. You go to drivers' briefings and there are constantly complaints of bumps, but you can manoeuvre around bumps and you can brake a bit off line, or you have to set the car up to deal with it better in terms of ride.

"But that’s where the character of a circuit is - you flatten it all out and it's got a bunch of corners but it’s missing something."

Acknowledging he enjoys the challenge offered by bumpier tracks, Hamilton described the Barcelona track as now being in its "easiest" state since the start of his F1 career.

"It’s harder, it’s trickier [when a track is bumpy]," he added. "You’re going through a corner and the car starts moving a bit more, you have to be a bit more responsive and I like that challenge.

"When you smooth it out, you make it easier and in all honesty, this track has got easier. Driving it today [Thursday] has been the easiest it’s been in the whole 10 years I’ve been driving."

What we learned from the first pre-season F1 test