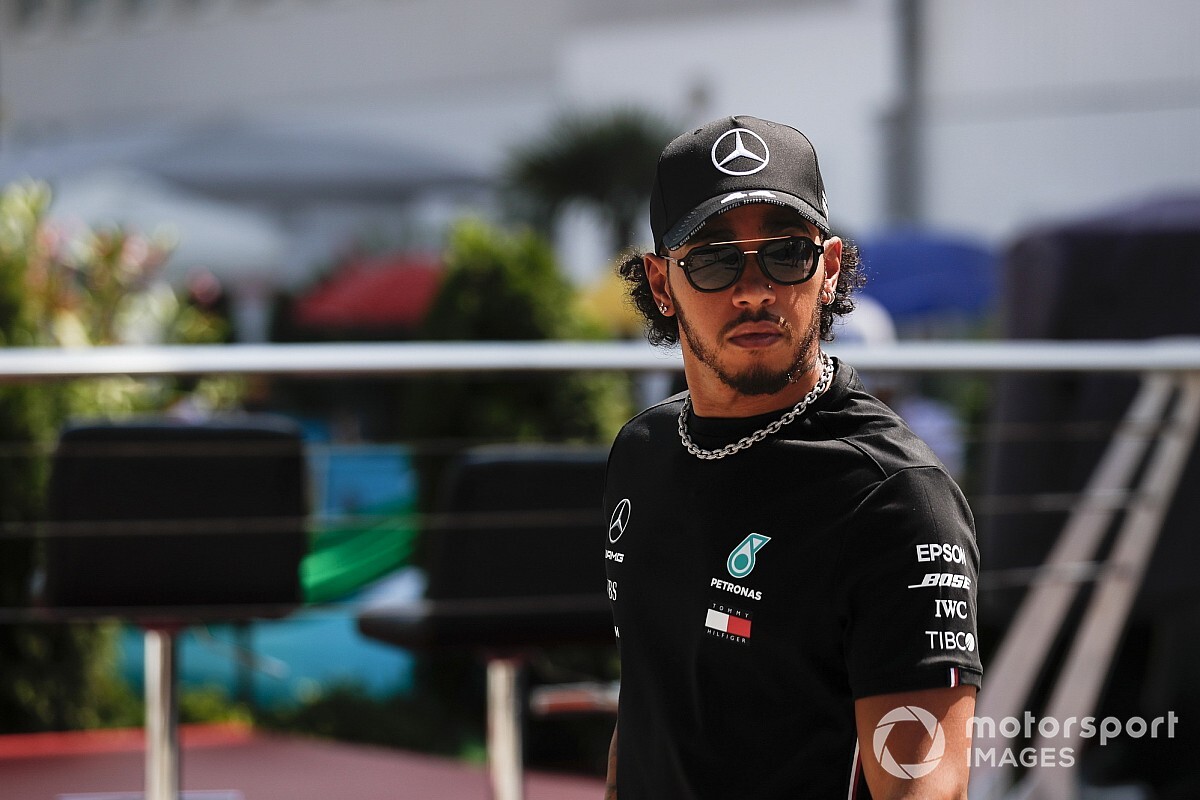 Lewis Hamilton has rejected a suggestion by his former Mercedes Formula 1 teammate Nico Rosberg that he has lost outright speed with age.

In his video blog before the Hungarian GP Rosberg suggested that Max Verstappen had overcome Hamilton to become "the best driver out there."

The former world champion added that Hamilton had passed his peak in terms of pure ability, saying that "the best age for racing drivers is 30, 31, 32 – and that's because your ability as you're getting older slightly decreases, but experience counts so much in this sport.

"So experience will outdo the small decrease in your natural ability as a human as you get a bit older."

Told of Rosberg's suggestion that age was becoming a factor, Hamilton was unimpressed.

"I've never seen the blog, I don't know who follows it, but it has no bearing on anything that I do," he said after his Hungarian GP win. "I don't care, everyone has their own opinion.

"Whether he's right or wrong, I don't really care. All you have to do is look at my tally of results over the years, and they kind of speak for themselves.

"So naturally there will be people that have not had the success that I've had, and might want to talk it down, but that's OK."

Hamilton said a book he had read had encouraged him not to worry about other people's opinions.

"I read a really good book, I think it's called the Four Agreements. There's an element in there where it says don't take anything personally, so when someone says something about you, it's not actually about you, it's how they feel about themselves.

"I'm 34 years old but I feel like I'm driving better than ever. Hopefully today you can see that I've not lost any speed.

"But you know what, you move straight on, let it go, there's nothing you can do about the past, all you can do is try to shape the future. Honestly I couldn't be more proud – ultimately you want to be proud of yourself, and I feel really proud of myself today, how I drove, because that's how I always want to drive, and then how we delivered as a team."

Hamilton also made it clear that he's not planning to retire any time soon.

"I don't know why some people decided to stop at the times they decide to stop. But I tell you I love driving, man. I've never liked practice.

"I don't mind practice on a race weekend but testing I've always made clear I don't enjoy that so much. But I really, really love the challenge, arriving each weekend and digging into the data.

Why so many F1 cars now have 'boomerangs'