Hamilton: Red Bull "not on the same level" as Mercedes, Ferrari 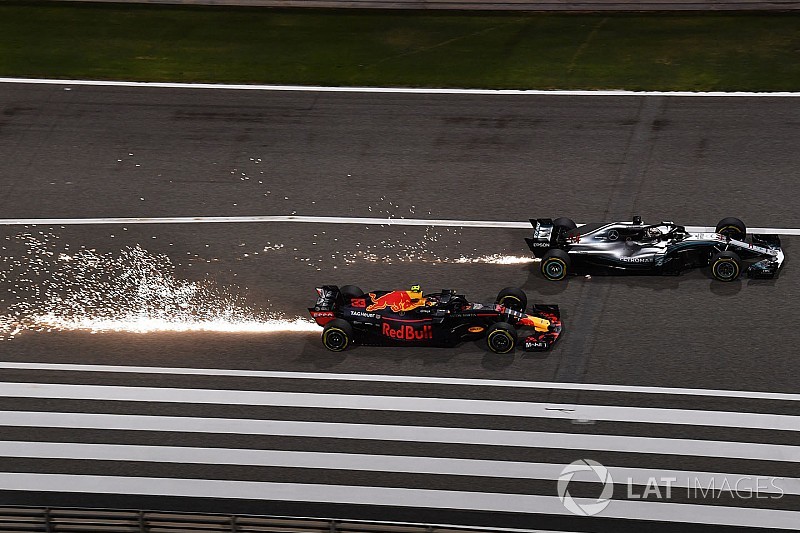 Lewis Hamilton says Red Bull is not operating at the same level as Ferrari and Mercedes, adding that the team has not lived up to its pre-season testing form.

Red Bull came into the 2018 season with high hopes after finishing last year strongly, but it is yet to offer a serious threat to the top two teams in the opening races of the season, with reliability woes ruining what was expected to be a strong race for the RB14 last week in Bahrain.

“The team has the potential to win races,” Hamilton said of Red Bull. “In testing they looked a lot faster than they have done in the last two races.

“But so far they are not operating on the same level as Ferrari or Mercedes. Ferrari have almost been flawless, and we are working on being flawless.”

Hamilton, speaking before he topped the first practice session of the weekend in China, said he expects Ferrari to have another very strong weekend.

“This weekend they are going to be hard to beat,” he added. “We’ve seen their straightline speed in the past races has been faster than ours.

“They’ve got the longest straight here, so I anticipate they are going to be very very fast.

“This should be a good track for us, but it’s going to be a lot closer than you think.”

However, he downplayed suggestions Ferrari has got the measure of Mercedes just because it has won the first two races with Sebastian Vettel.

“I don’t feel that Ferrari did a better job in Australia, that would be unfair to say, because we outperformed them all weekend, it was just one little thing that tipped it over and sometimes you get lucky,” he said of the virtual safety car timing that allowed Vettel to make a pitstop and emerge ahead of him.

“That was very much a fortunate scenario for them, but they capitalised on it.

“The next race they did the job, but they didn’t do the whole job, it was only on one car [that finished ahead].

“The full package is getting a one-two, and neither of us have done that.

“You can’t they they are perfect, and neither are we, but it is very close between us, and it’s going to be interesting to see how we perform from track to track.

“They’ve really picked up their engine programme, it’s really taken a big step into this season.”

Hamilton made it clear that Mercedes has to get everything right to beat Ferrari.

“We arrived with our A-game in Australia and didn’t finish on our A-game,” he said.

“Then in the last one we performed well, but we were on the back foot with the penalty I had taken. Ferrari just outperformed us throughout the whole weekend.

“The A-game applies to everything across the board, and there are so many things that keep the board afloat.

“It’s like a table with four legs – if two of those legs aren’t there, then the table falls over.”