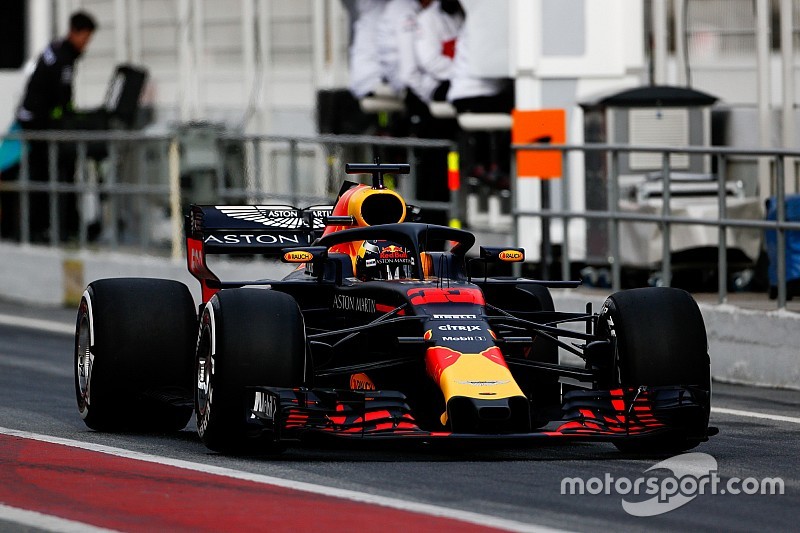 Mercedes Formula 1 driver Lewis Hamilton fears Red Bull could have the fastest car on the 2018 grid come Melbourne, as he expects significant updates to the RB14 for the season opener.

Like Mercedes, Red Bull did not chase a headline laptime in the Ferrari-topped F1 pre-season testing in Barcelona, but the running left the Austrian outfit feeling confident about its prospects.

It had impressed its rivals too, with Mercedes tech director James Allison suggesting it was potentially the main threat to his team's dominance, and Hamilton himself expecting the battle against Red Bull to be "a real challenge".

Speaking to the media at an event for Mercedes title sponsor Petronas, the reigning champion went even further, suggesting Red Bull could be the team to beat at the start of 2018.

He said: "I think this year is going to be exciting, because last year there was a big difference between teams in the beginning, and then they got closer - but this year I think it starts this close and then it's going to overlap, and separate, and overlap during the year, as people are developing.

"Because we don't bring upgrades at the same time, I think Red Bull will bring something at the first race, which will be interesting to see.

"I think Red Bull are the fastest at the moment, potentially. They have some sort of upgrade coming, of some magnitude, two-to-four tenths or something like that - that's what I heard."

Red Bull driver Daniel Ricciardo had confirmed back in Barcelona that the RB14 would undergo changes between testing and the Australian Grand Prix, with new 'go-fast parts' set to be added to the car.

Hamilton continued: "Their car, they have generally a slightly different philosophy, they always build a car that has lots of downforce. Their maximum downforce has always been more than everyone else's downforce.

"But that doesn't work always everywhere. Some places where you have longer straights - cause they're very slow on the straights, normally, but they're fast through the corners. This advantage shifts through the year.

"I'm super confident in my team and the work they've done, I just think it's going to be close."

" I think they both look strong," he said. "It depends on the early-season development. I wouldn't underestimate either of those.

"My feeling is it's going to be a three-team battle. That's how we're going to at least start the year."