In July Vettel announced he would call time on a glittering 15-year career with BMW Sauber, Toro Rosso, Red Bull, Ferrari and Aston Martin, which yielded four world championships and cemented his place as one of the series' all-time greats.

Vettel is looking forward to a change of pace and being able to spend more time with his family, but Hamilton thinks the 35-year-old will come back to the series at some point.

"I was just sitting here thinking most drivers are coming back, like he's coming back," Hamilton said before addressing Vettel directly in the Abu Dhabi Thursday press conference.

"You're probably going to come back. We're seeing other drivers coming back. So, I'm sitting here kind of accepting... yes, it's your last race but you'll be back.

"Formula 1 has a way of sucking you back in, we've noticed that from so many other drivers."

Vettel has kept his options open about competing in other categories but is keen to first take some time off away from motorsport.

"I think you naturally do look at other stuff, I don't know yet is the answer," he said.

"I quite look forward to the idea of nothing at first and then see what it does to me. There's lots of other things in my head as well, other interests and ideas outside racing.

"But yeah, obviously I've done this for so long and it's been central to my life. So, it will be difficult to say that I'm not going to miss it, but how much and whether then I start to look at something else, we'll see how it goes. 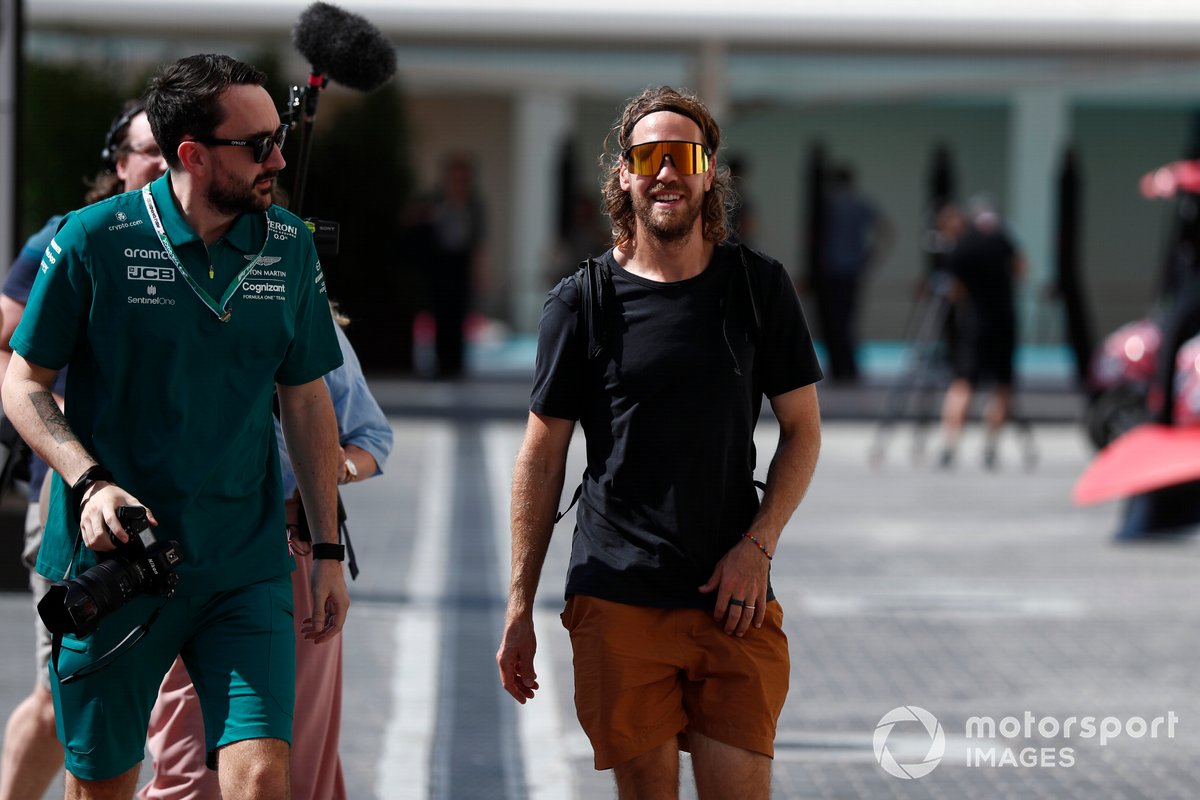 "For some reason, I like rallying, but I can see it's a major challenge, because it's so different to what we do in let's say classic circuit racing."

When Fernando Alonso was asked about whether Vettel will be itching to come back just like he did in 2021, the Spaniard felt the circumstances around his own F1 retirement in 2018 were different.

"I don't know what his emotions are now," said Alonso, who will take Vettel's place at Aston Martin next year. "But in 2018 for me even on the front wing it was written 'See you later', it was not a bye-bye.

"In a way in my head, it was always the 2021 rules, an opportunity to come back. I had in my head different challenges at that point.

"I didn't have my head in Formula 1 anymore. But I love Formula 1. And I felt that in 2021 it could be an opportunity with the new rules."