German Grand Prix winner Lewis Hamilton has revealed he was “nowhere near” the limit of his Mercedes powerplant at Hockenheim, and only needed to turn up its performance twice.

Hamilton scored a 7s victory in Germany on Sunday over Red Bull’s Daniel Ricciardo, recording his fourth win on the trot.

He explained that he had his engine’s power settings turned down for the majority of the race, despite his dominant performance, in a bid to prolong the power unit’s life.

“Honestly, there’s a quota that you’re able to use with the engine, and I was nowhere near it,” said Hamilton. “I’d turned down the engine from the second or third lap, I think it was. Very early on, and then I was able to maintain.

“When [his engineer Pete Bonnington] said ‘Hammer time’ I was able to switch it back on [when Ricciardo] cut the gap when he did.

“I only needed to turn it up in that last stint, when [the Red Bulls] started doing 18.4s, and I’d been taking it easy on my tyres for four or five laps.

"The gap shrunk pretty quickly. I was like ‘OK, six [seconds] is enough’. So then I went back to normal race mode, I was able to match and then pull it out a little.”

Hamilton knows he will likely take a grid penalty in upcoming races due to poor reliability earlier this season.

Back-to-back MGU-H breakdowns at the Chinese and Russian Grands Prix means he has already used his full allocation of that power unit component up, and has also used all five turbos allowed too.

“I was trying to make that engine go as far as possible, and when you turn it down it is easier on the engine,” he added. “I was hoping to just prolong the life… because you just don’t know when it’s going to go.

“You want to treat it as well as possible, so that was what I was doing. I was 11 seconds ahead, just took it easy on the tyres, the gap got down to five, something like that, and then I was like ‘OK, probably should get back on it now’.

“I felt fully in control the whole race, which is not always a scenario you’re in. I wasn’t expecting to be as strong as I was.” 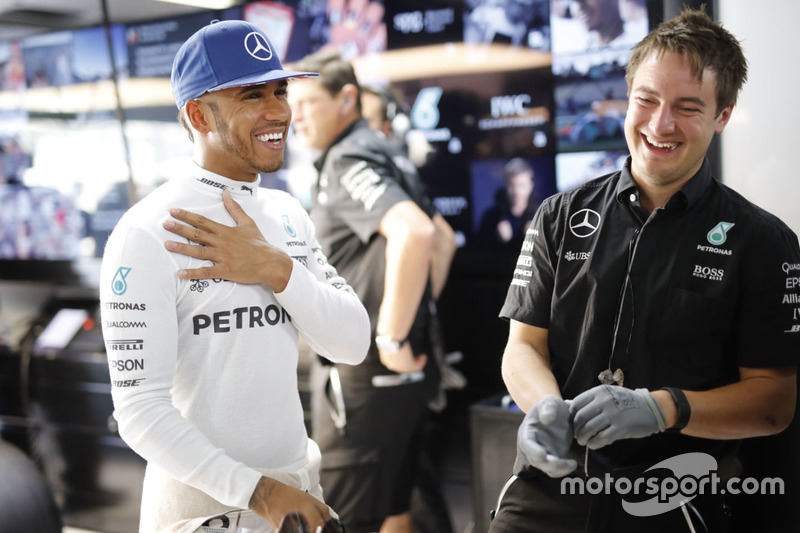 Analysis: When you know that even the top F1 teams are left guessing

Hamilton says sticking to one-stop strategy was his "only option"