Hamilton: No guarantee I'll be racing in F1 next year 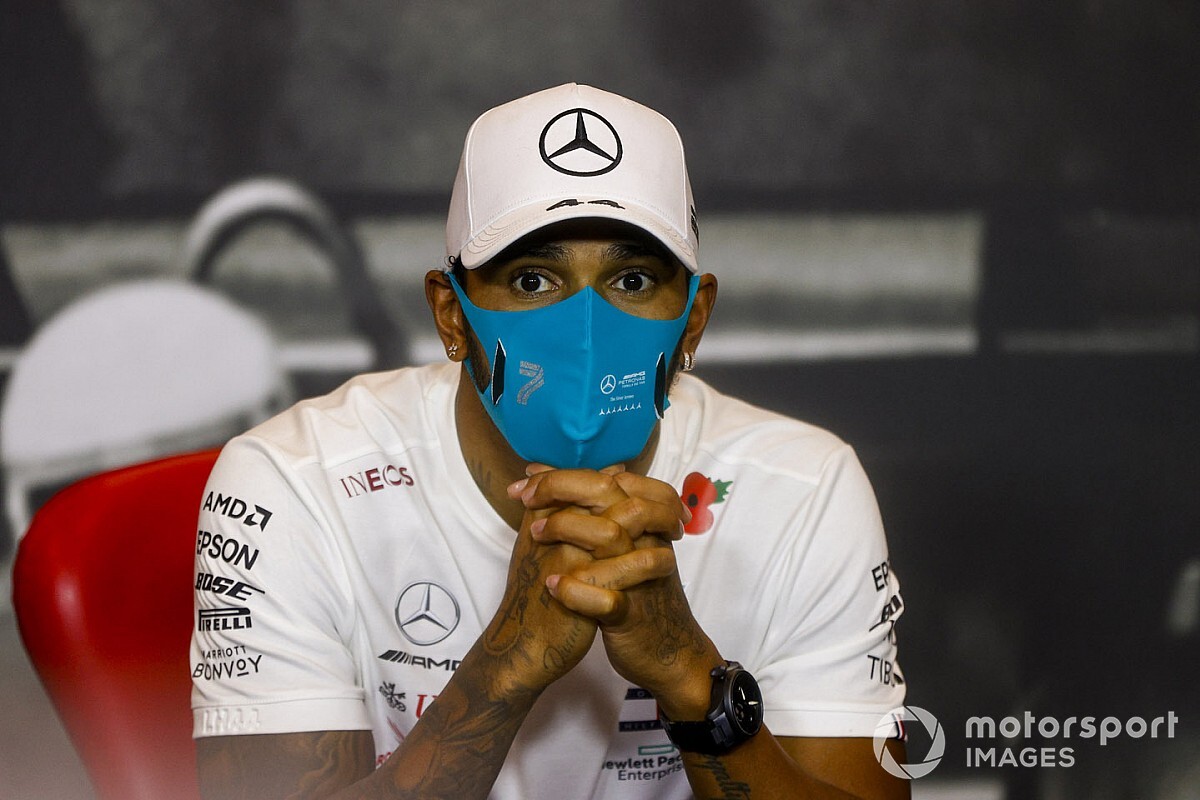 Lewis Hamilton says there is "no guarantee" that he will be racing in Formula 1 next year ahead of talks with Mercedes over a new contract beyond 2020.

Hamilton scored his 72nd F1 victory for Mercedes in Sunday's Emilia Romagna Grand Prix, helping the team to clinch its seventh constructors' championship in a row.

Hamilton looks set to clinch his own seventh title in Turkey later this month, enjoying an 85-point lead over teammate Valtteri Bottas in the drivers' standings.

But Hamilton has regularly said he is in no rush to sit down with Mercedes to discuss a fresh contract, with his existing deal set to expire at the end of the year.

Mercedes team principal Toto Wolff is considering his future ahead of the expiration of his own contract, saying he could step into a different role from next year as all team members have a "shelf life".

Discussing Wolff's future after the race and the impact it would have on Mercedes, Hamilton said: "I don't even know if I'm going to be here next year, so it's not really a concern for me at the moment.

"We have a lot of deep conversations, Toto and I, so I'm very aware of where he is mentally, and we share a lot of and carry a lot of the weight together I think.

"I've been here a long, long time. I can definitely understand wanting to pull back a little bit and giving more time to family and those sort of things."

Both Hamilton and Mercedes have long suggested that a new deal would be formality, prompting Hamilton to be asked if there was actually a real chance that he wouldn't be racing in F1 next year.

"Well we're in November, and I'm still, it's crazy that we're… Christmas isn't that far away," Hamilton said. "Naturally, I feel great, I feel still very strong, I feel I can keep going for plenty of months.

"But you mentioned about Toto and shelf life. There's multiple things that stay on the top of my mind. I would like to be here next year, but there's no guarantee of that for sure. There's a lot that excites me of the outer life, so time will tell."

Hamilton has always previously signed three-year deals with Mercedes, with his last agreement being struck in 2017, and said last week that it was "probably" a formality he would agree a fresh contract.

Wolff stated earlier this week that Mercedes would look to clinch both F1 titles before then sitting down with Hamilton to finalise an agreement.

Speaking after the race, Wolff said that while he doubted Hamilton would stop racing in F1, people had to be understanding of the ongoing global situation and its impact on his considerations.

"I guess if he were to decide to step out of Formula One, which I don't think it's going to happen, and I hope it's not going to happen, then I think we're going to have a pretty frantic driver market out there," Wolff said.

"But I think it's the moment, it's the emotions. We are all happy, but very tired also.

"It's the same for me. I completely relate to his feeling, that you question yourself, that you think about all the other things that matter, and when you switch on the news in the morning, and switch them off in the evening, it's all about the struggles that we all face.

"We are here in our little happy place, but we try to bring some entertainment into households. But then you're back in the more difficult reality the next day.

"All of that is something that affects us. And in that respect, it's normal for somebody who's empathetic to have these feelings."

Ricciardo was "smiling" when Perez pitted at Imola