Hamilton: No concerns about Mercedes team harmony if Russell signs

Lewis Hamilton says he has no concerns about the team harmony at Mercedes if George Russell becomes his new Formula 1 team-mate in 2022.

Russell is widely expected to be announced as a Mercedes F1 driver in the near future as a replacement for Valtteri Bottas, who has served as Hamilton’s team-mate since 2017.

Hamilton and Bottas have struck a cordial relationship during their time together, winning the constructors’ title for Mercedes in all four seasons, with Hamilton taking the drivers’ championship each year.

The potential arrival of 23-year-old Russell, who has starred during his time with Williams, has been tipped by many to mark a change in the team dynamic at Mercedes.

Red Bull’s Max Verstappen said that Russell would “make it difficult” for Hamilton at the time, while Rosberg - Hamilton’s former rival and team-mate - believed it could get “more heated” at Mercedes.

But Hamilton explained on Thursday that he had no concerns about a possible partnership with Russell at Mercedes, saying he thought their relationship would be “quite good”.

“I think George is an incredibly talented driver,” Hamilton said. “He’s humble, he’s got a great approach. Naturally being British, I would imagine probably helps, in terms of communication.

“At the moment naturally, I have to be very super supportive of the team-mate that I have right now, so that’s why I’m always supportive of Valtteri, because we have a job to do right now. Neither of us can win the team championship alone. 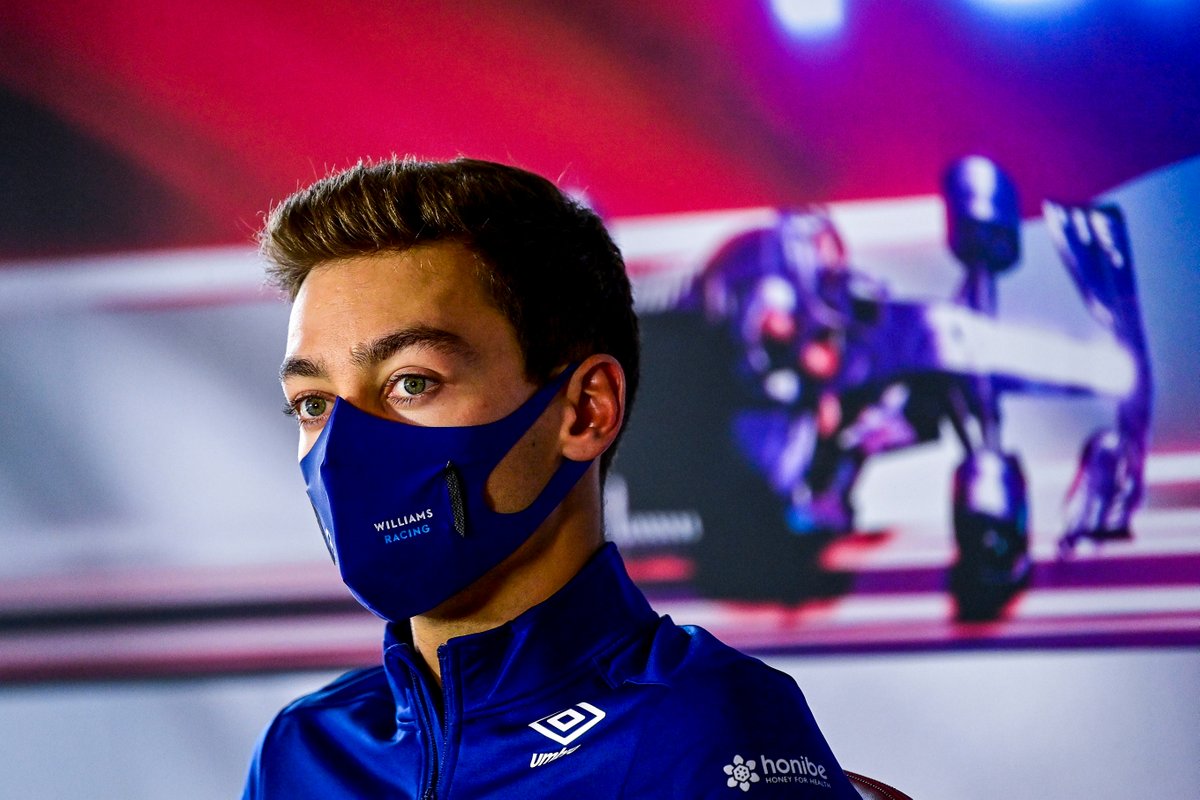 “[George is] the future, he’s one of the members of the future of the sport. So I think he’s already shown incredible driving so far, and I’m sure he’s going to continue to grow.

“So where better to do it than in a great team like this, or whatever team he goes to?”

Hamilton is set to be the second-oldest driver on the grid next year, and is currently fighting against Verstappen for a record-breaking eighth world championship.

The arrival of Russell would pose a fresh challenge to Hamilton, but he felt “it's not like I have anything to prove” in the intra-team fight.

“I raced against some incredible drivers as team-mates, in my rookie year alongside Fernando, so yeah, I don’t really feel like I have anything to prove,” Hamilton said.

“If it does turn out that I’ve got a new team-mate, I’m in a different place in my life. I’m excited to see the youngsters coming through.

“There’ll be things that we learn from one another. I think it’s important that the respect is always there and communication will be at the core of that.

“We’ve got an amazing setting at our team, in terms of morale, in terms of our processes and how the team put their arms around the two drivers. That’s why we have harmony in our team.

“I think we’re so much better prepared than we were in previous years. So it doesn’t really worry me.”