Lewis Hamilton never expected to receive an apology in the FIA’s investigation to the Abu Dhabi Formula 1 season finale, but called the acknowledgement of human error “a positive step”.

The FIA published its report into the controversial end to last season on Saturday, explaining the events that led to the last-lap restart where Max Verstappen overtook Hamilton to win the championship.

The investigation cited “human error” from former race director Michael Masi, who failed to implement at least two articles of the sporting regulations in restarting the race.

Masi was found to have acted in “good faith” by trying to get the race back to green, and the report acknowledged the pressure he was under due to the accumulation of duties for the race director.

Hamilton was left disillusioned by the nature of his F1 title defeat. It prompted him to go silent over the winter before returning ahead of the new season, stressing the need for transparency.

Speaking after the report had been published, Hamilton revealed he was yet to properly read it, and had not anticipated receiving any kind of apology as part of the findings, with his focus instead being on improving Mercedes’ on-track performance.

“I’ll read it maybe after the [race] weekend or something like that,” Hamilton said in Bahrain.

“Look, I wasn’t expecting an apology, and it’s not really something I’m really focused on. We know that’s the way it is, and that wasn’t going to probably happen.

“The fact is that at least there is that transparency at least, admitting it’s a human error, I think that’s a positive step. We can’t go back, unfortunately, and change the past.

“So I just work at focusing on doing what I can do now, and trying to shape the future, working with this team, trying to get this car into a window. We’ve got a bit of work to do.” 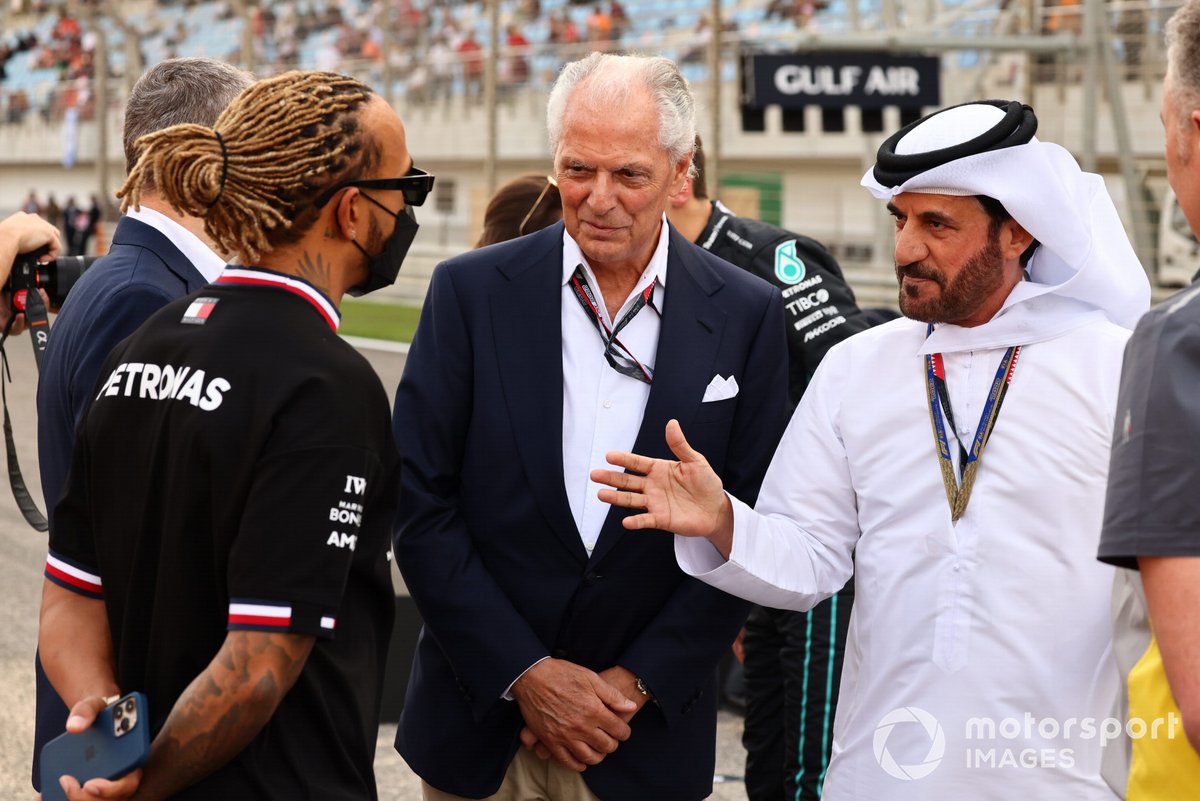 In the weeks leading up to the report being published, Hamilton called for it to be made public so fans could get a full understanding of what happened in Abu Dhabi.

The seven-time world champion had talks with FIA president Mohammed Ben Sulayem two days before the findings were revealed, holding a “good meeting” in which he agreed to make a €50,000 charitable donation in lieu of a fine for missing the FIA end-of-season gala.

The FIA has already implemented a number of changes in the wake of the Abu Dhabi controversy, including the introduction of two race directors who alternate the role, as well as greater support via a deputy race director, a senior advisor and a new virtual race control room.

Mercedes F1 boss Toto Wolff felt there had been “a massive step change to what we have seen before” from the FIA by releasing the report.

“Whether the report is complete or not or weak or hard, I think to release it is a good step forward in terms of governance, and you can read it either way,” Wolff said.

“I think for us, there is the sentence or the words that say human error, and human error and the acknowledgement of it is very important, and now we close the chapter.

“I know it’s come out today, but I’ve not been thinking about Abu Dhabi any more since our car has proven to not be competitive on the track for this year.”