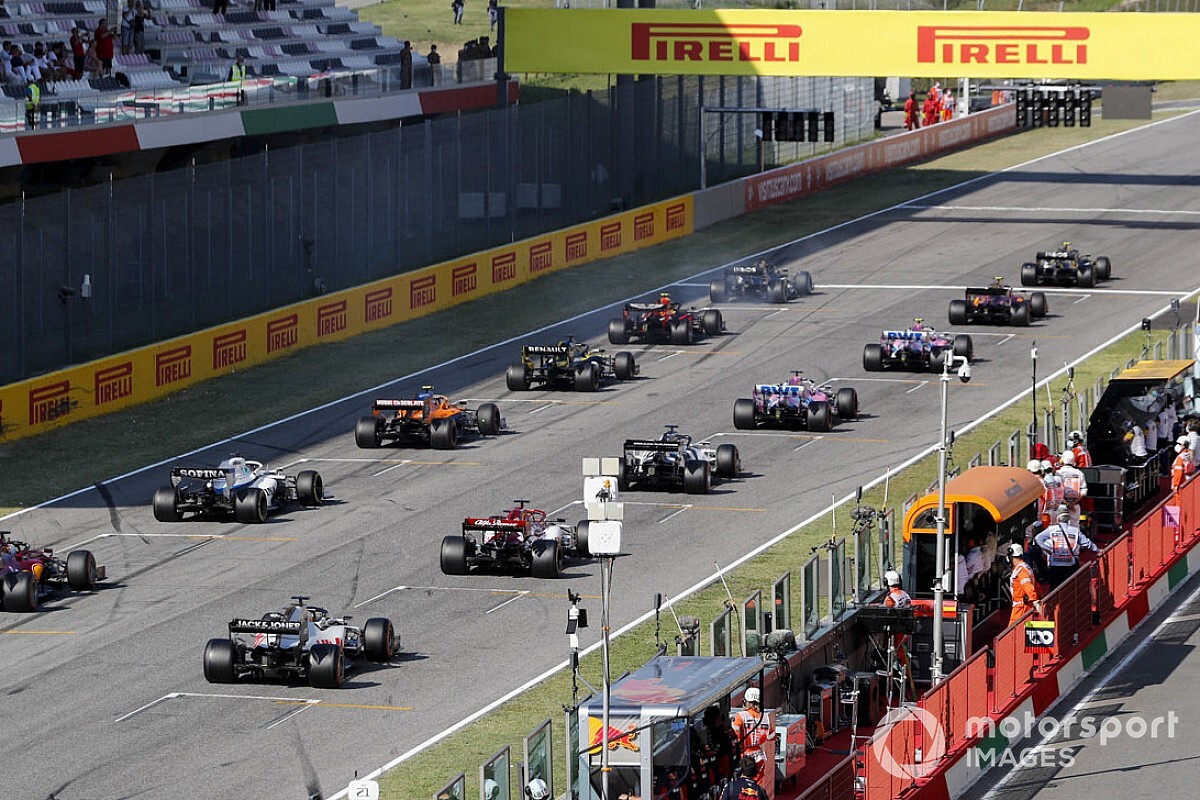 The Mercedes Formula 1 team believes the front brake fire experienced by Lewis Hamilton on the grid at the Tuscan GP was triggered by the limited cooling applied for Mugello.

Because of its long straights, fast corners and lack of heavy braking zones, the Italian venue requires less brake cooling than other venues, so Mercedes ran its W11s with smaller duct openings than most other circuits.

However, that became an issue when the car was running slowly prior to the day’s second standing start, after a lengthy red flag delay in the pits.

Hamilton was trying to get his brakes up to equal temperatures, and when he got to the grid his fronts were smoking heavily, and flames could clearly be seen.

However, they were extinguished as soon as he started running, and his performance was not impacted.

“I had a separation of my front brake temperatures by nearly two hundred degrees,” said Hamilton when asked by Motorsport.com. “So I was pushing them very hard to bring the one that was down equal, and I got them up to a thousand degrees, and I tried to cool them through the last corner and all the way to the start.

“And I got to the grid and there was a lot of smoke coming, and I was definitely worried as I think I saw a flame at one stage, which is not good, because that burns all the interior of what is in the upright.

“So fortunately the start got underway relatively quickly, and I didn’t have a problem from there on, but it was definitely on the limit.”

Mercedes head of race engineering Andrew Shovlin explained that while it looked bad, the fire was nothing to worry about.

“Not particularly,” he said when asked if the team was concerned. “The brake cooling is relatively closed up here, you don’t do a lot of braking, so you need to close the ducts to actually get the temperature.

“And the problem is if they’re working, there’s not a lot of air going through.

“As soon as you get going, it’ll go out. The worry is only whether you burn some of the carbon work, the cake tins, all the carbon work round the upright. And that can cause a bit of grief.

“It didn’t look particularly bad, but saying that we’d rather not have it than have it. But it wasn’t causing a great deal of panic, to be honest.”

While there were no ill-effects for Hamilton, in contrast Renault’s Esteban Ocon was forced to retire before the first standing restart after debris from the opening lap accident led to overheating.

“When that safety car came out he got a bit of debris stuck in his brake ducts,” said Renault sporting director Alan Permane.

“Just really super quickly while he was warming his tyres the rear brakes went sky high in temperature, and a brake line failed – there was brake fluid all over the back of the car.

“There was nothing we could have done at the red flag, his brakes were already shot.”