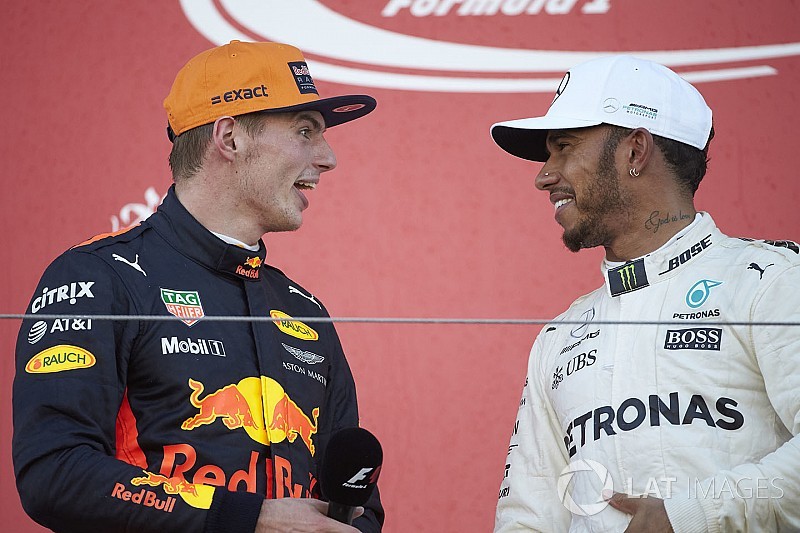 Lewis Hamilton says Max Verstappen's form during the 2017 Formula 1 season motivates him to do better and add to his four world championships in 2018.

A ninth-place finish in the Mexican Grand Prix, which was won by Red Bull's Verstappen, was enough for Hamilton to clinch his third title in four years.

The Mercedes driver has been dominant this season, scoring points in all 18 races and taking 12 podiums, of which nine were race victories.

But despite his success, Hamilton is wary of the growing threat being posed by Verstappen, who has won twice and finished second and fourth in the last four races.

"I want to be better next year," said Hamilton. "The challenge is going to be even bigger from Ferrari and Red Bull next year. Formula 1 doesn't sleep. It doesn't stand still.

"There's my motivation already for next year."

Hamilton believes Verstappen, who he went three abreast with Sebastian Vettel on the run to Turn 1 in Mexico at the start, is a potential future world champion.

"Max is an exceptional driver," he said. "He drove fantastically and to see his racecraft at the start of the race was awesome.

"I was looking forward to having a battle with him and it is great to see Red Bull up there again and [Red Bull boss] Christian [Horner] came across to congratulate us, which is really welcomed.

"I hope they have a better engine next year and they are more in the fight.

"I think it would be great for the sport. You have a potential world champion in Max and he is only going to get stronger with age because he is a lot of raw talent.

"He has a long way to go but these wins are only adding to his great potential and I am looking forward to battling with that.

"Going down that straight three-abreast with two of the greatest drivers I have come across was...oh my god. I was so excited for the race today.

"I could have been nervous but I was just so excited about what could be at Turn 1. This little battle we had, which could be great, and I hope we have that again."

What a papaya orange 2018 McLaren F1 car could look like