Mercedes Formula 1 driver Lewis Hamilton has condemned as “mind-blowing” the cheering by some spectators of his qualifying accident at the Austrian Grand Prix on Friday.

The reaction of a crowd that is heavily populated by Dutch fans was very obvious after Hamilton crashed in the decisive Q3 session.

The incident came after Verstappen was the subject of regular booing during the British GP weekend. A spin in the wet qualifying session also generated cheers, as did news of his problems in the Silverstone race.

Speaking after finishing eighth in Saturday's sprint event at the Red Bull Ring, Hamilton made it clear that any negative reaction from fans was not welcome.

The seven-time world champion had previously spoken out on the issue at Silverstone, telling fans at Silverstone: "We're better than that".

"I didn't hear them during [the accident], I mean, I was going through a bunch of stuff in the crash," he said when asked about the reaction of the fans.

"But to hear it afterwards, you know, I don't agree or condone any of that no matter what.

"A driver could have been in hospital. And you're going to cheer that? I mean, it's just mind-blowing that people will do that, just knowing how dangerous our sport is.

"And I'm grateful that I wasn't in hospital, and I wasn't heavily injured, but you should never cheer someone's downfall or someone's injury or crash. 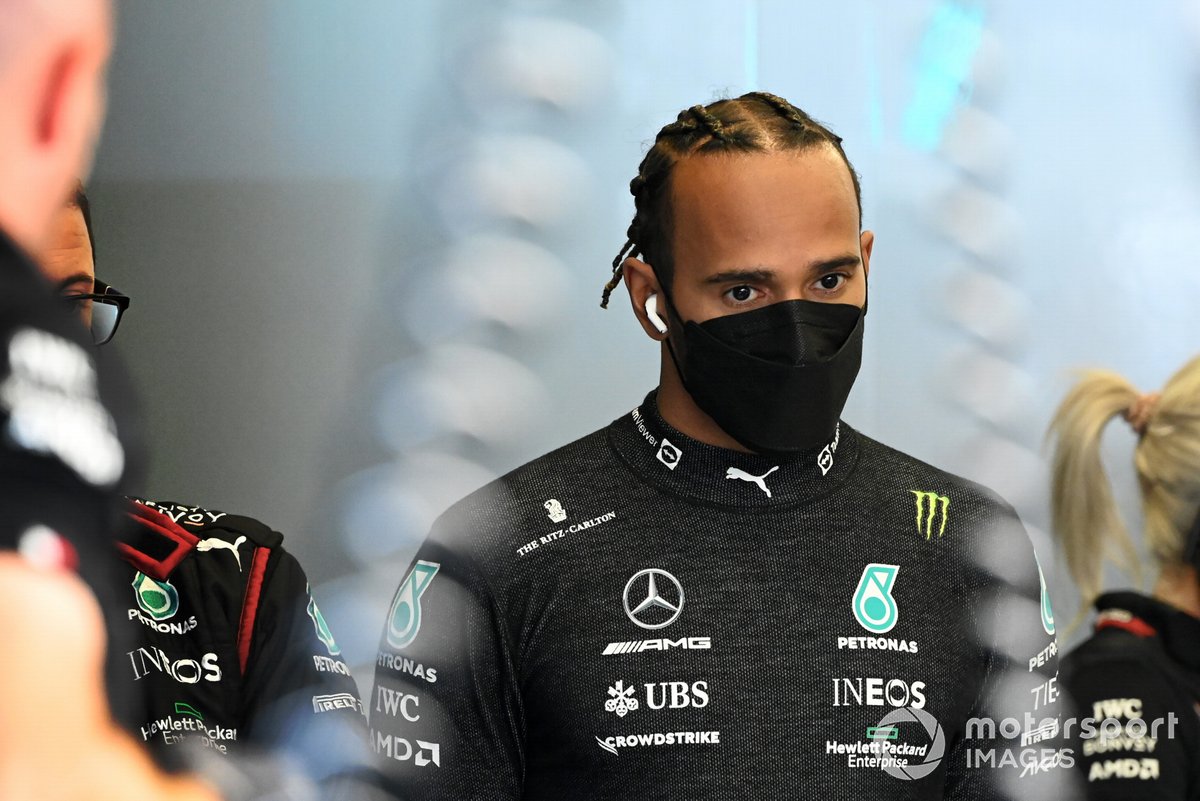 Hamilton had an eventful Saturday sprint in Austria after his team rebuilt his car around the spare chassis, and said he was "grateful" to have made the flag after first lap contact with both Pierre Gasly and Sergio Perez.

"I just got a bit of wheelspin, and was under attack from the cars around me," he said when asked by Motorsport.com about the first corner incident with Gasly.

"And then Pierre just moved over on me, so I had nowhere to go."

Regarding the Perez incident at Turn 3, he said: "Same thing, so lucky. I'm just grateful to have finished, and I managed to get one point!"

Hamilton was adamant that his car didn't feel right after the Gasly contact, saying "it definitely wasn't the same as this morning, but it was drivable".

"Something's wrong with the steering," Hamilton revealed. "Probably corner weights could be off. Could have big toe-in on the front right, or something like that."

Hamilton spent much of the sprint trying to get past the Haas of Mick Schumacher, which he finally achieved in the closing laps. However, the other Haas of Kevin Magnussen remained out of reach.

Schumacher said he'd enjoyed their battle, but lamented that he had not been allowed past Magnussen earlier in the race, believing he was faster than his Danish teammate.

"The Ferrari power is just too much for us at the moment," he said.

"I don't know if it's drag, or if it's power, it's difficult to quantify which one it is.

"It wasn't particularly the most fun of races, it didn't feel that quick. But as I said, I think there was something not right with the car after that.

"But a big, big thank you to my team for putting the car together. They worked crazy hard overnight and this morning to keep us in the race, so I hope tomorrow is a bit of a better."