Lewis Hamilton fears getting "stuck" in a DRS train in the Formula 1 Italian Grand Prix coming from 19th, joking he'll take an iPad to entertain himself if that happens.

By:
Lewis Duncan
Co-author:
Jonathan Noble
Listen to this article

The Mercedes driver qualified fifth at Monza on Saturday but will start down in 19th having taken penalties for a power unit change.

Hamilton has enjoyed numerous successful charges through the field with Mercedes in his F1 career, but expects "everyone is going to be in a DRS train" in the race having struggled to follow and overtake Alfa Romeo's Valtteri Bottas in practice.

"I was behind Valtteri yesterday in practice and I couldn't catch him or pass him," Hamilton said when asked about the DRS effect at Monza this weekend.

"So, I hope I don't get stuck tomorrow.

"But I'm imagining everyone is going to be in a DRS train and it's just going to be sitting there and waiting for strategy, tyre degradation to come tomorrow.

"I was thinking about taking an iPad with me and in the DRS line just watch the new Game of Thrones [which] is out."

Mercedes team boss Toto Wolff shared Hamilton's fears, but is confident the speed of the W13 in the corners and a "clever strategy" can bring his driver into the points on Sunday. 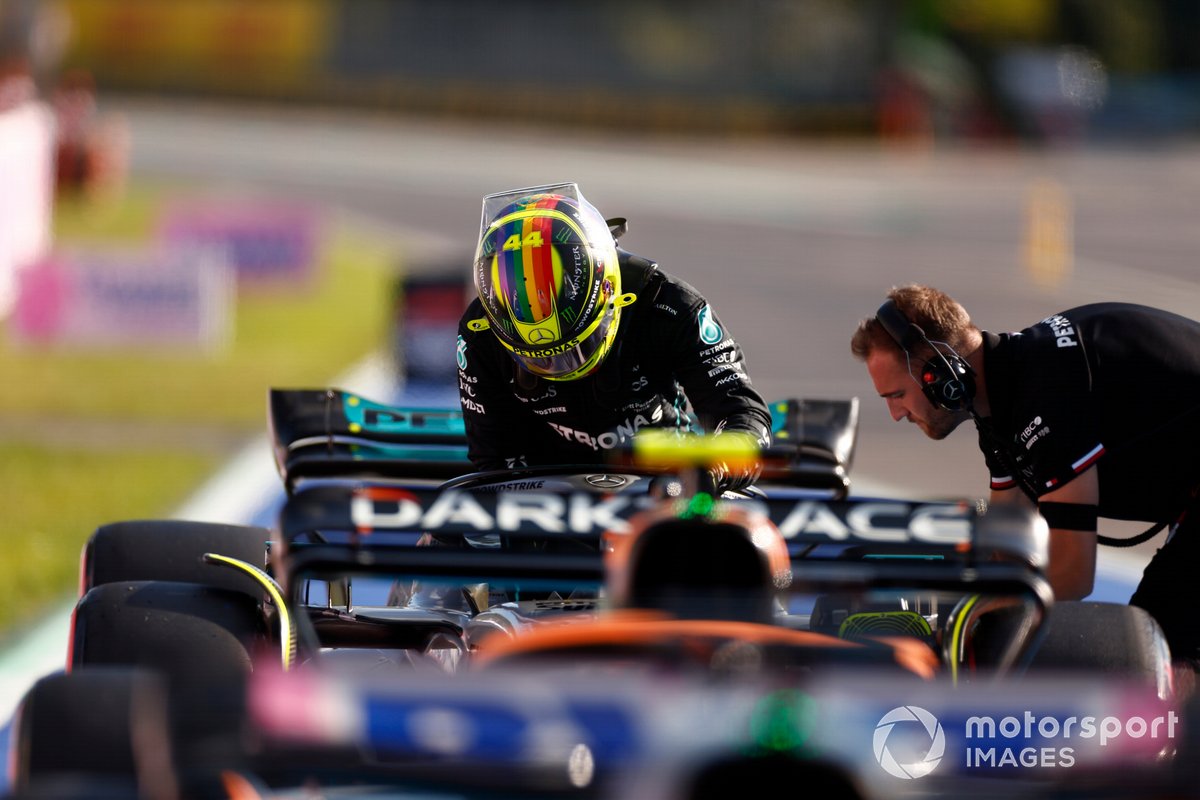 "I really hope that it's not the DRS strain that we fear. But we have a good race car that is going around the corners quicker than all the others and we can play a clever strategy and bring him back solid in the points, whatever happens in the race.

"And it might be advantageous. And he can come all the way to the front, but that's a long shot obviously."

When asked by Motorsport.com if there was much room to play with strategy at Monza, Hamilton feels Pirelli's insistence on bringing harder compounds makes it an "easy" one-stop race and is hopeful of having "a nice SC (safety car) offering" to help him.

"They should bring the softest tyres here to promote more pitstops and stuff," he added. "But they keep bringing these hard tyres and you can only do one.

"It's a one-stop easy tomorrow, generally, so strategy won't do too much.

"But I hope there's safety cars and those types of things. I've been so unfortunate with the safety car timings this year. It would be nice to have a nice SC offering tomorrow."