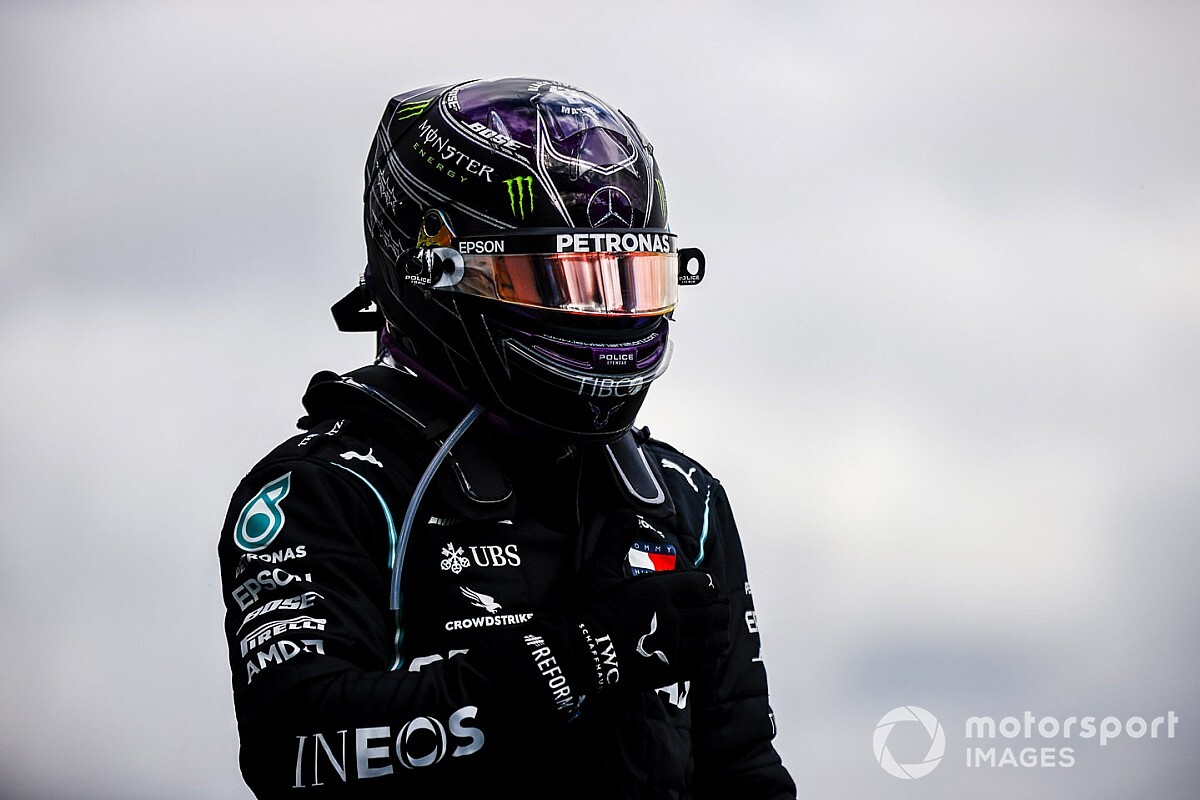 Hamilton led home Mercedes teammate Valtteri Bottas for a one-two finish in the Emilia Romagna Grand Prix, putting the Briton on the brink of a seventh drivers’ championship.

But the result was enough to comfortably wrap up the constructors’ championship for Mercedes, which required one car finishing in the top four to create an unassailable lead over Red Bull heading into the final four races of the year.

It sees Mercedes break the record of six constructors’ titles in a row that it jointly held with Ferrari (1999-2004), and move up to fourth in the all-time list for team crowns.

Race winner Hamilton said it felt “overwhelming” after the race as he paid tribute to the Mercedes team for its achievements.

“I look at my crew, this team here, and I know all the men and women back at the factory, back in Brackley and Brixworth - they are the unsung heroes,” Hamilton said.

“They’re the ones that have really grafted away and never given up, just continued to push and elevate and innovate.

“People watch it and might maybe think we're used to this. But it just always feels like the first with this team, and I think that's because of the spirit.

“It is unbelievable. It's unbelievable and to come back year-on-year, and whilst we have great performance, it is not easy to continue to deliver weekend in, weekend out.

“Seven time champs - that is something I am going to be able to tell my grandchildren one day.”

Hamilton paid tribute to Mercedes’ “great leader” Toto Wolff, who got to celebrate his seventh constructors’ championship as team principal.

“We have a group that is just amazing together," Wolff said. “We’ve stayed together we've tried to push the benchmark to new levels, and we've achieved that.

“It’s just a super proud moment with these guys and being part of it.

“As long as we stay motivated and energised and you can see that within these guys [Hamilton and Bottas], then I think we can push it further more.

“There will be competition, no doubt, next year with Max [Verstappen] and Honda trying to do a really good job towards the end of the season. We are looking forward to a new challenge.”