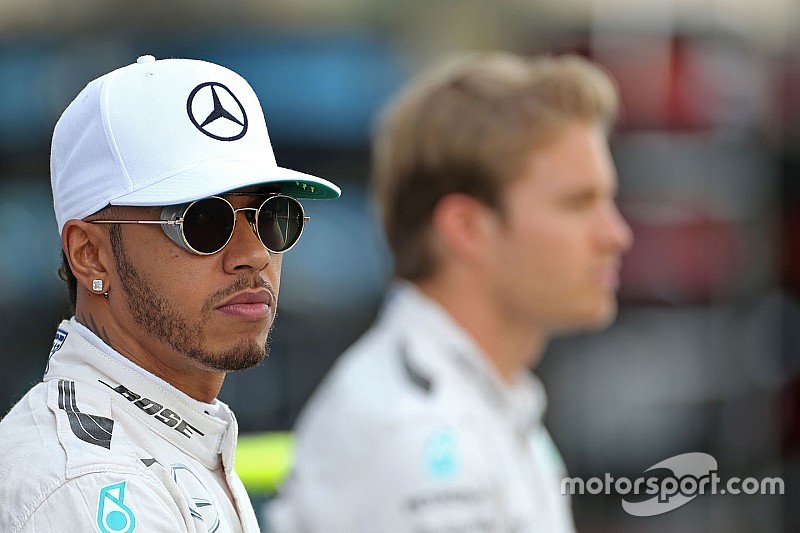 Lewis Hamilton says a new dynamic at Mercedes following Nico Rosberg’s departure – plus becoming vegan - have helped lift him to a new level in Formula 1 this year.

The Briton stands on the verge of his fourth world championship title after victory in the United States Grand Prix, and his 66-points advantage means he is likely to take the crown in Mexico this weekend.

Reflecting on his campaign, Hamilton says Rosberg’s exit, a clear-the-air chat with boss Toto Wolff last winter and a decision to stop eating meat have served to transform him.

“Going and seeing Toto at the end of last year was crucial in solidifying the longevity in the team,” said Hamilton.

“We just put everything on the table and said what needed to be said. And then to build on creating a new stronger relationship which we have done.”

He added: “Me personally, I feel the best I have ever felt, physically and mentally. All year I have felt strong mentally, but physically I have taken a big step and that is with the decision I have taken to change my diet.

“The best decision was moving to this team, the second-best was changing my diet, at Singapore. But I was still driving pretty good before that.

Hamilton, who has worked hard to maximise productivity from the way he interacts with his engineers and the time he spends at the factory, says his energy is being focused on improving this year – rather than getting wasted on the intra-team rivalry with Rosberg.

“People in the team will be able to tell you what the dynamic was, and for sure I can’t say it was great last year,” he said. “But this year for sure having that talk with Toto and coming in and really working on the relationship with the guys: don’t mess with it.

“The formula works and I just want to continue to build on that relationship, which we have.

“My guys did an exceptional job and my relationship with the whole team, both sides, is stronger than it has ever been. I think the time I spend with the engineers back here is better than ever.

“It’s great also that we are fighting with another team so the focus is different. When you have two strong drivers in the team, as we had. well, when the battle is within the team, it’s like a hurricane, with strong energy, and it is just stuck in the room.

“Whereas now, together, we have this hurricane or whatever bundle of energy which we are firing to the car, and it is overall a much happier dynamic.”

Asked if he could achieved the happy dynamic this year if Rosberg had remained, Hamilton responded bluntly: “No.”

Which F1 race would you choose to go to in style? Here's your chance