Just four corners from the chequered flag and having realised that he would not be able to re-pass Max Verstappen to claim his eighth world championship, he shouted: "This has been manipulated, man."

The comment was not broadcast on the world feed, but was heard on Hamilton's onboard channel on F1 TV.

During the safety car period Hamilton's chat was focused mainly on his frustrations with the apparent slow pace of the safety car while Nicholas Latifi's crashed Williams was being retrieved.

On the penultimate lap he was informed by engineer Peter Bonnington that race director Michael Masi was letting the lapped cars between the leader and second-placed Verstappen go past him.

As the resumption of what had become a one-lap race to the flag approached, Bonnington then said, "Safety car in this lap, just prepare your tyres, you'll have overtake for each of the straights, one lap to run."

After the green flag flew and Verstappen made his successful pass there was no further comment from Hamilton or the pit wall until he made his manipulated claim just before the end of the final lap.

Hamilton made no reply on the slowing down lap, and nothing more was said until Bonnington reminded him - too late - that he was supposed to park on the grid.

After stopping in parc ferme Hamilton sat in the car for two full minutes gathering his thoughts before alighting.

It was a similar scenario to Baku, where he also stayed in his car in silence for several minutes after a last-lap mistake at the one-lap restart cost him priceless points. 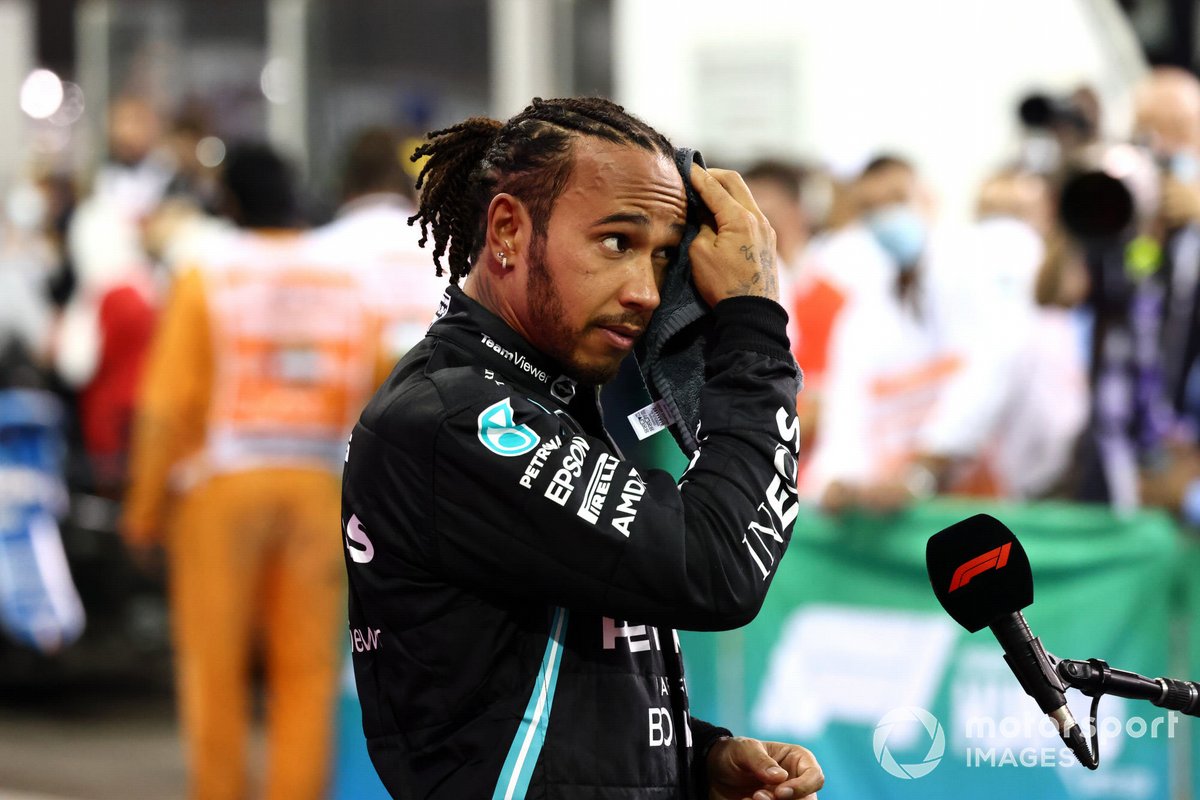 Lewis Hamilton, Mercedes, 2nd position, is interviewed after the race

In Abu Dhabi he spoke briefly to TV interviewer Jenson Button but then skipped the official FIA press conference and TV interview pen.

His team boss Toto Wolff declined to speak to the media even after the final decisions on the Mercedes protests were issued late in the evening, telling Motorsport.com "I don't want to say anything" as he left the paddock.

The apparent lockdown at Mercedes seems likely to continue at least while the team considers its options, having notified the FIA of its intention to appeal against the rejection of its protest regarding the restart procedure.

The team has 96 hours in which to decide what to do.

As runner-up Hamilton is due to appear and speak to the media at Thursday's FIA prizegiving gala in Paris, while Wolff will represent constructors' champions Mercedes.

Verstappen felt for Hamilton over nature of F1 title loss