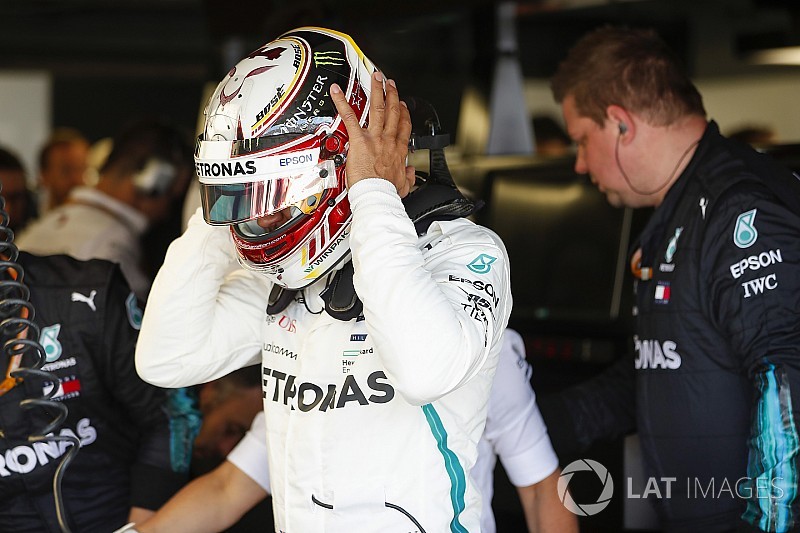 Lewis Hamilton says he and his Mercedes Formula 1 team are benefitting from an "openly critical" approach in team meetings as both sides seek a turnaround in their 2018 season.

Hamilton insists the whole team, including himself, is well aware it needs to up its game following a "very average" outing in Montreal, where the Briton lost the championship lead to Sebastian Vettel.

“We as a team have all sat down and each and every person have been critical of themselves, including me,” Hamilton said.

“We come here determined, each and every single one of us, to do a better job. As I said, including me.

“We all can do better, we can all squeeze more juice out of ourselves, and out of the car. Particularly Montreal was a very, very average weekend performance-wise. I think we’ve got to make sure we are in tip-top shape moving forward.

“We had really good meetings afterwards, people were openly critical of themselves, and there were great discussions where the team was able to be open with each other, and say honestly, ‘this could be better.’

"About each other as well, and things that I know I can do better, which I’m planning to do.”

Hamilton said nothing is left unsaid in such team meetings, where an open approach was instigated by team boss Toto Wolff.

“That is something Toto installed in the team ages ago, and that is something the guys all do, so when they have their big meetings back at the factory they are very, very openly critical.

"I mean the engineers can sometimes get sensitive. They are like, 'oh, you can't say that.’ But like, ‘no, I thought we said we’re in that comfort zone, you can say what you want.’

“Naturally, everyone is shedding their blood, sweat and tears to make sure we win this season. Everyone feels the pain and ups and downs, but the cool thing is, when you come out of those meetings everyone acknowledges, 'You know what, there are things I can do better, now I will do better rather than making excuses.’ That's why this is a winning team.

“Everyone's got a way of saying that we will do better somehow, some way. ‘I will find the time, I will find the performance, we’ll make it, don't worry.’ And so we all go about our jobs, which is why this is the best team.

"And then on my side I'll be like, 'guys, there's these areas that I can do better and I make sure I bring it with me the next time I'm here.’ ”

Hamilton insisted that not being on his best form was a more pressing concern than the loss of the championship lead.

“Not performing at my true potential, that’s the hardest thing. It’s knowing that we can be better, and we’re not delivering when we’ve prepared and practised and worked hard. In those periods of time is when you learn most.

“We’re only seven races in, still a long way to go, and for us we all acknowledge that we can do better and to have solutions in terms of how to go and execute better I think is a great thing at this stage.”