Lewis Hamilton feels he and Mercedes are in the best shape they have been all season as he heads into the final two Formula 1 races of the year.

The seven-time world champion has closed to within eight points of Max Verstappen in the drivers' standings following his dominant victory in last weekend's Qatar Grand Prix.

But after a campaign where he has had spells of feeling under the weather, or his Mercedes has struggled for pace against Red Bull, Hamilton thinks everything is coming together at the right time.

And, in particular, he is clear that early season difficulties he had physically from the after effects of coronavirus, which he caught at the end of 2020, have now been shaken off.

"I feel great," he said after his win at Losail. "I feel in the best shape physically that I've been in all year.

"Obviously at the beginning [of the year], not particularly that well, so yeah, I feel great. The car is feeling better than ever, and I feel positive going into these next couple of races.

"I think they should be quite good for our car, so I'm looking forward to that battle."

Hamilton's success in the Qatar race is his first back-to-back win since the Portuguese and Spanish Grands Prix back in May, and comes on the back of his Mercedes squad getting in a more comfortable place with the set-up of the W12. 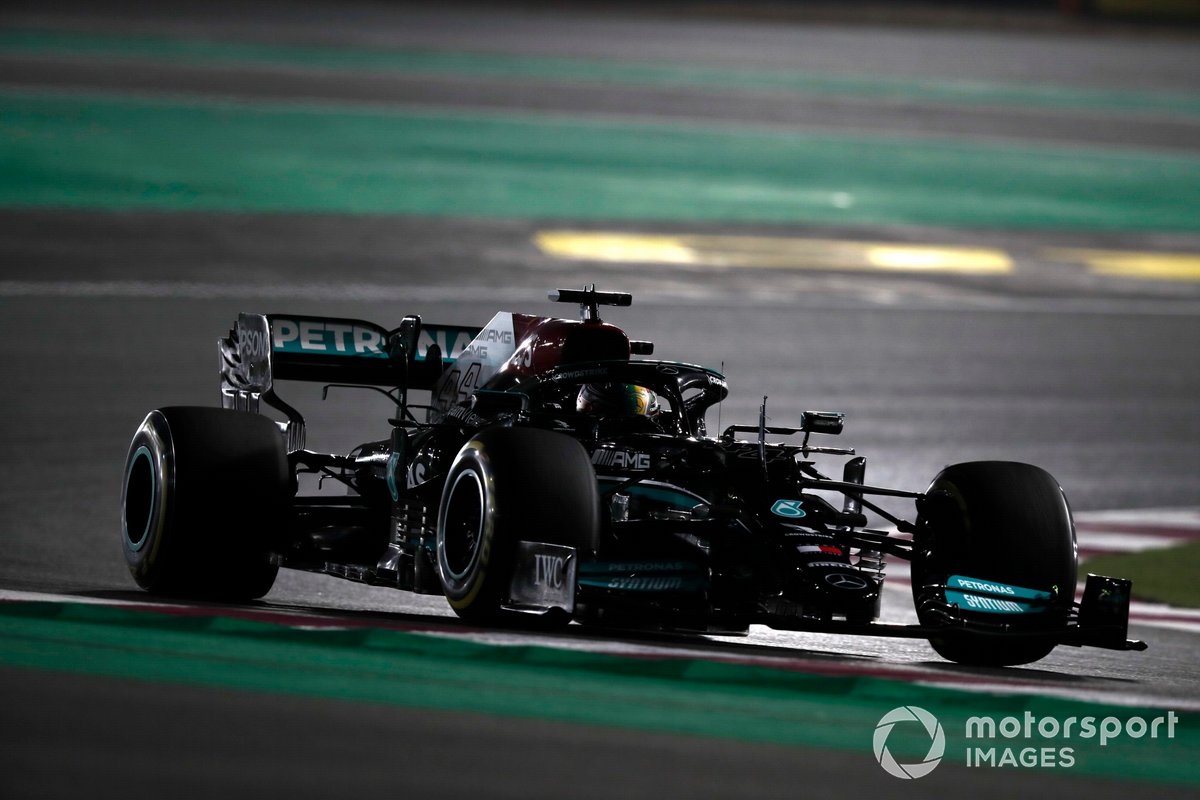 The confidence that comes from that has left Hamilton optimistic about its chances in the final two races in Saudi Arabia and Qatar.

"As the year's gone on, we've understood the car more," he said. "We've definitely been able to squeeze more performance out of the package without bringing any upgrades.

"We've not had an upgrade since Silverstone, so it's quite phenomenal to see the increments that we've been improving.

"I think it's very close between the two cars, clearly. So I think that lines us up for a great battle.

"But yeah, in these last two, I think we've just been able to do a better job overall. I hope that we can take this form into those next two."

Mercedes itself has been impressed with the job that Hamilton has done over the past two weekends, and singled out his Brazil performance as a career high.

Trackside engineering director Andrew Shovlin said: "I think Brazil was the best race I have ever seen him race. Qualifying, that lap, was unbelievable when you think how close Red Bull have been to us.

"Today [in Qatar] he had the race under control from start to finish so he actually didn't have to work as hard as we thought he might have to.