His title rival Max Verstappen ended up fourth in FP2 in the Red Bull, two tenths behind Hamilton, after the Dutchman finished a close second to the world champion in the first session.

Despite being quickest out of the gates, Hamilton feels his Mercedes car still needs work on single-lap pace, while being happier on the long runs.

"We're not rapid on the single lap, I would say, compared to the others, but the long run is not too bad," Hamilton reported on Friday night.

"We made some changes between sessions. I'm not sure which one I want to stay with.

"We'll study through tonight and work with the guys at the factory to try and make sure we come up with the right setup tomorrow. It is definitely not in a bad place.

"I think as I said on a single lap they [Red Bull] are quite quick, so we've got a bit of work to do."

Mercedes' trackside engineering director Andrew Shovlin explained that the team's one-lap issue concerns getting the most out of Pirelli's softest tyre compound over one lap in the night-time conditions, as the tyres are reportedly on the soft side for this particular track. 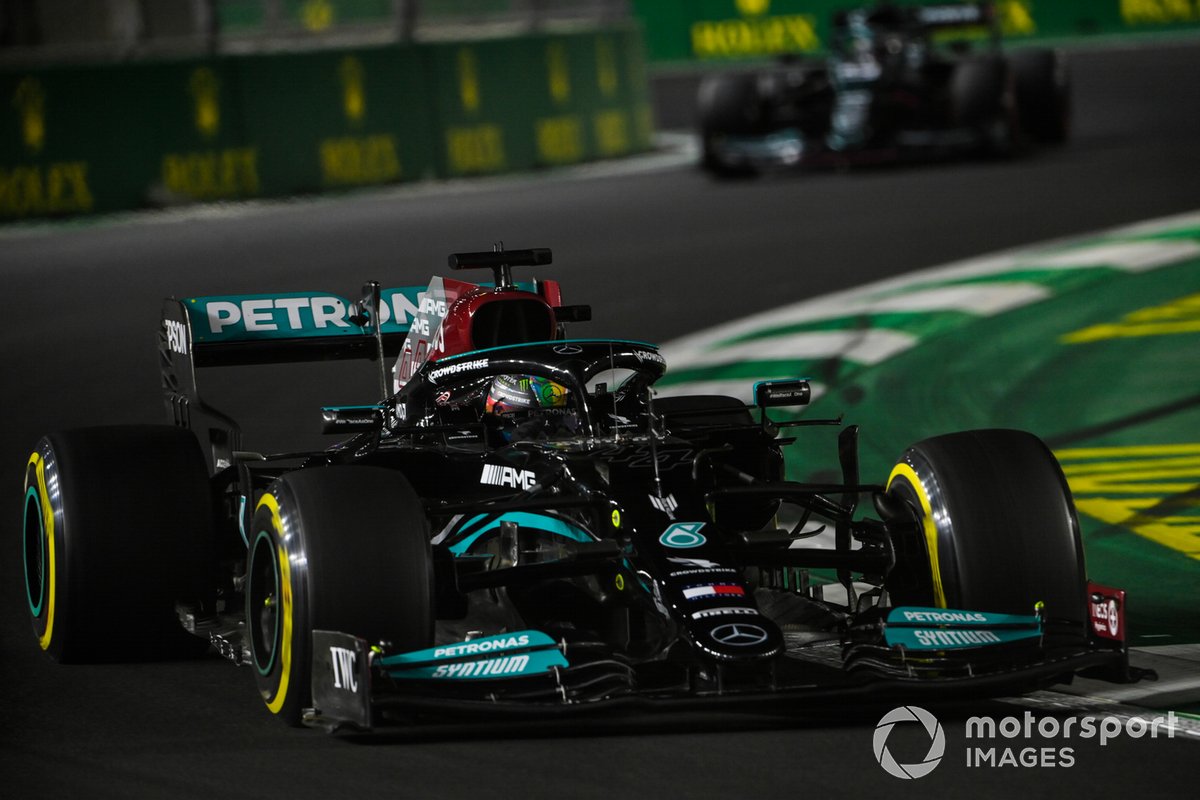 "I think we're happy with how the car's performing on a long run," Shovlin told Sky. "Single lap, we were happier this morning than we were in the afternoon, sort of struggling to get the grip out of the tyres, and in particular on that soft.

"Now we've got some ideas for what to do there so that we understand our own problem, and we'll just get busy tonight trying to improve it.

"The morning was a happier situation for us when the track was a bit warmer. Moving into the night-time session we definitely struggled.

"The long run did look strong and that tends to tell you that the base performance is there in the car. We've just got to do all the fine tuning to get the tyres in the right window for that single lap in Q3."