What next for Lewis Hamilton after F1 retirement? 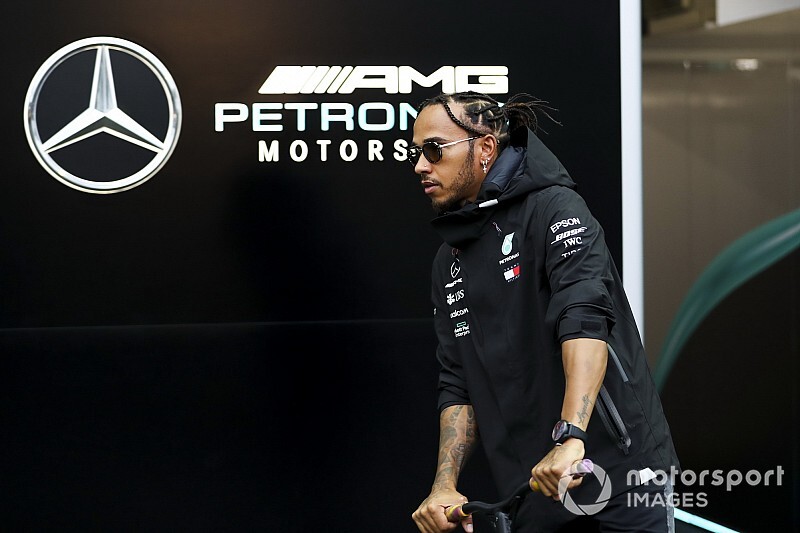 Lewis Hamilton says the idea of staying with Mercedes beyond racing in Formula 1 and being more involved with its parent company Daimler is “quite attractive” to him.

Last weekend Hamilton clinched his sixth world title, all with Mercedes power, and his fifth with the Mercedes works team, which he joined in 2013.

However, he has worked with the manufacturer his entire F1 career, having made his debut in 2007 with then-works Mercedes outfit McLaren.

Hamilton’s current contract with Mercedes runs to the end of 2020 but he has given strong indications he will stay in F1 beyond that date to sample the new 2021 regulations.

“Nothing is set in stone but I definitely am enjoying what I’m doing right now and I see no reason in stopping because I love what I do,” said Hamilton.

“When there’s a challenge, a whole massive change in the regulations, that’s a huge challenge for me as a driver to use my skills and the things I’ve learned over the years to help steer the team in the right direction to develop the fastest car and still develop consistencies and punch out performances.

“The idea of staying with Mercedes – I’ve been with them since I was 13 years old, even beyond Formula 1 – and probably heavily involved within Daimler and beyond, is quite attractive. So, we’ll see how that goes.”

Hamilton’s long-standing ties with Mercedes make him the manufacturer’s most successful driver of all time with 83 victories, 60 more than the next-highest (Nico Rosberg).

He also has more wins with the same engine manufacturer than any other driver, surpassing Michael Schumacher’s previous record with Ferrari.

Schumacher’s 72 wins with Ferrari means Hamilton is 10 victories behind in the all-time list of most wins with the same team, but if Hamilton can continue his form from the last six seasons he will overtake Schumacher by the end of 2020.

Asked by Motorsport.com about Hamilton continuing his ties with Mercedes once he stops racing, Mercedes team boss Toto Wolff said: “Lewis has been with Mercedes all his life, and we’ve had such a strong seven years, not only from a professional level but also a relationship level we grew together.

“This goes beyond the racing team, it goes into Daimler’s heart with the board.

“Then going forward he has a few good years left in his career, I’m sure. And then we see which opportunities come up. That is certainly something which we will be very excited about.”