Hamilton: Mercedes changed "pretty much everything" on car 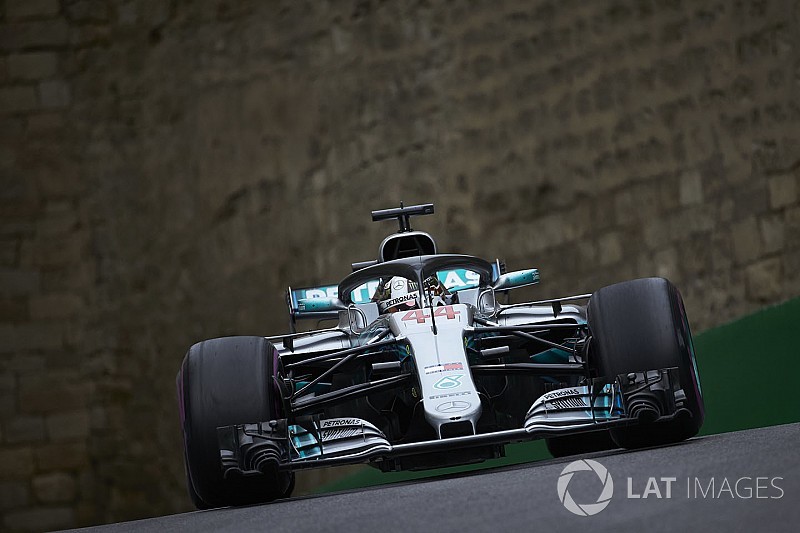 Lewis Hamilton says Mercedes changed “pretty much everything” to transform its car’s performance after Formula 1 free practice for the Azerbaijan Grand Prix.

Mercedes had a difficult first day of practice on Friday, but Hamilton and teammate Valtteri Bottas were back in the hunt in qualifying, securing second and third on the grid behind Ferrari’s Sebastian Vettel.

“We were struggling yesterday, we came into today and the engineers did some really great work last night to understand where we were and how we could progress forward,” said Hamilton.

“Thank you to them for their hard work. Today was a much more reasonable car.

“There were still areas where we were lacking, but it’s a work in progress, and to be that close to the Ferraris is definitely a positive.”

When asked by Motorsport.com what the changes were, Hamilton said: “Pretty much everything on the car. We did a lot of changes.”

Hamilton said he was surprised Red Bull’s challenge faded away, but he believes Mercedes can mount a challenge to Vettel with two cars in the mix against the Ferrari.

“Sebastian did a great job today so congratulations to him,” he said. “Ferrari have been so dominant in the last couple of races pace-wise, we knew they would be quick here, which they have been all weekend.

“Red Bull also looked promising, not really sure what happened to them.

“To have both me and Valtteri up there is good for the team, a good boost, to be right up there in the mix, so we’re excited for the race.

“Ferrari have a phenomenal car this weekend, but I am happy with the job the team did to get us from where we were yesterday to today. We are in the mix, so I will try to give Seb a hard time tomorrow.”

Bottas added: “We are there with both cars now, we’re starting very close. The race here can be very crazy so we are up for the fight.

“The end result today was a lot better than what we saw and what we thought it could be.

“I feel maybe still Ferrari was too quick for us, but it’s a reasonable result, and now we have both cars in a good position to fight for the win.”