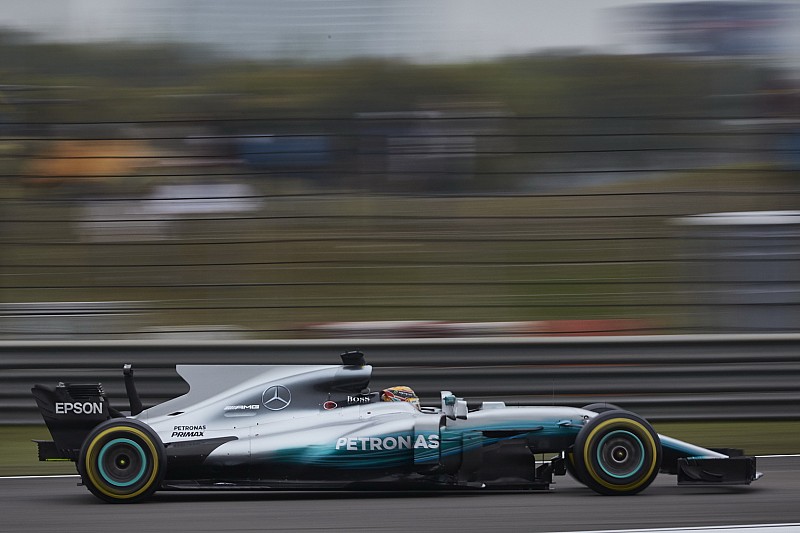 Lewis Hamilton says he is intrigued to find out how the pace fluctuates between Mercedes and Ferrari over the next few races, as the two cars have very different characteristics.

Although speed-wise there seems to be very little separating Formula 1's benchmark cars, some notable strengths and weaknesses have emerged – with the longer-wheelbase Mercedes appearing better in cooler conditions and having the edge over a single lap.

Hamilton says Mercedes has worked hard in recent weeks to better understand the W08 after a sometimes difficult pre-season testing programme, but thinks good progress has been made – which helped him triumph in China last weekend.

"We've come to a cooler track, we've taken the knowledge that we've had from the last race and applied it to this weekend," said Hamilton, who is tied with Sebastian Vettel at the top of the drivers' standings.

"Strength-wise, we are stronger. But pace-wise, if anything, Ferrari got a bit quicker this weekend and the gap's even closer. So... it'd be interesting to see how that varies through the next races, with temperature, with different types of track, more medium and low-speed circuits, and high-speed…

"Our car is 150[mm] or whatever, longer than theirs. How is that going to work out for Monaco? Getting that car turned around those corners, doesn't sound like a lot but it feels like a big difference.

"So... that will be really interesting and I think it's just going to unfold over these next races."

With Mercedes and Ferrari well clear of the opposition and appearing locked in a two-horse race, Hamilton suspects that getting the edge early in the campaign could be worth a lot.

"Any advantage you can get at any point, and definitely early on will hopefully pay dividends at the end," he said.

"We're joint right now, I've got to try and make sure I finish ahead of him at the next race. I want to get another pole, that's my real goal – I've got six in a row, and Senna had eight in a row. So I've got to catch Senna!

"Any one little step ahead you can get, even as a team, if we can get one step ahead on something, it puts pressure on the other to close that step up."

Hamilton also insists he is leaving no stone unturned in his efforts to make sure every aspect of his performance is as strong as possible this year – which includes race starts.

"I think it [starting the race] is definitely harder now, but I've worked very very hard on it," he said. "I couldn't have worked any harder on it, basically. And we've not stopped, this progress continues to be made, but I'm really happy with it.

"I think it's often for all of us, just in life - if you want to get fit, and you go to the gym and it hurts, and you can't bother to go again but you eventually see the results of the effort you put in.

"I'm seeing that more and more this year, with my fitness level, for example, and the work that I've done on the starts. I've seen the results and it's paying dividends."