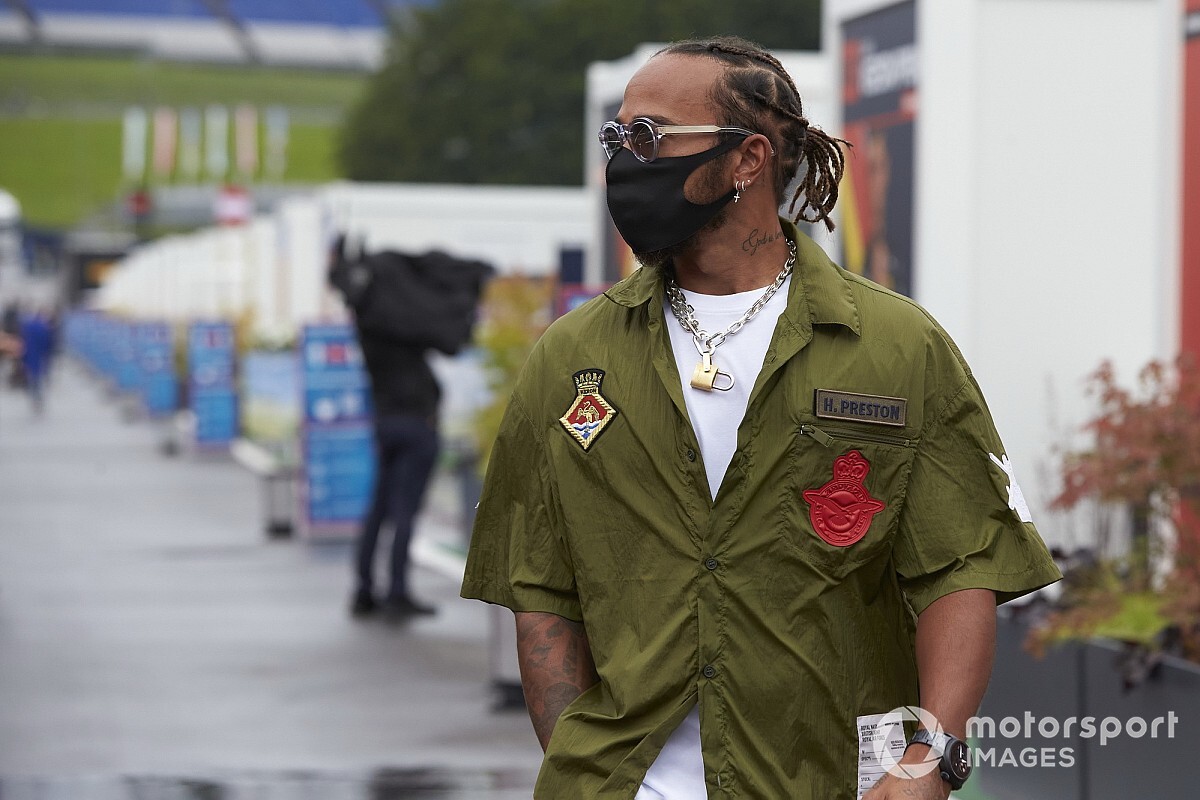 Lewis Hamilton has opened up on what he described as an "interesting" meeting with fellow F1 drivers to discuss anti-racism messaging on Friday.

Hamilton - the only black driver in F1 history - has been vocal amid the ongoing activism against racial injustice around the world, attending a Black Lives Matter protest in London last month.

A show of support for the Black Lives Matter movement such as taking a knee - as seen in Premier League football games - has been discussed between drivers this week, including at the Friday drivers' briefing.

The Grand Prix Drivers' Association issued a statement on Saturday confirming drivers would have "the freedom to show their support for ending racism in their own way and will be free to choose how to do this ahead of the race start on Sunday".

Asked by Motorsport.com about his pre-race plans and if he felt support from the other drivers, Hamilton said he was yet to make a decision on what he would do before the race.

"Honestly I don't have any plans at the moment. I've not thought that far forward," Hamilton said. "I'm sure over the evening we will.

"We spoke a bit in the drivers' briefing. Yep. Interesting. But it was good that we're kind of all at least in discussion.

"I don't know what we'll see tomorrow. I think potentially people paying their respects in their own ways."

Hamilton explained how he thanked those who had already used their platforms to spread the messaging, and said he wanted others to speak up more.

"In the meeting I just acknowledged a lot of the drivers, that there was an interpretation of a message that I posted asking for people to speak out and their silence, just saying thank you for those who have said something on their social media platforms," Hamilton said.

"They've got a great voice, a great platform, and [I was] then encouraging the others that haven't to say something. I just described the scenario that silence is generally complicit.

"There still is some silence in some cases, but I think it's also part of a dialogue of people trying to understand.

"Because I think there are still people that don't fully understand what's happening and what are the reasons for these protests.

"I continue to try and be that guider, try to influence as many people as I can with it."

With the GPDA's statement respecting the individual wishes of each driver, the door has been left open for a mixed show of messages ahead of the race.

Asked if having some drivers take a knee on the grid and others fail to would show a lack of unity in F1's anti-racism messaging and if there was an issue there, Hamilton replied: "Well we know there's an issue. We don't need an experience like tomorrow to prove there is an issue."

Mercedes in its "own league" in Austria, admits Bottas