Hamilton "in a league of his own" right now - Wolff 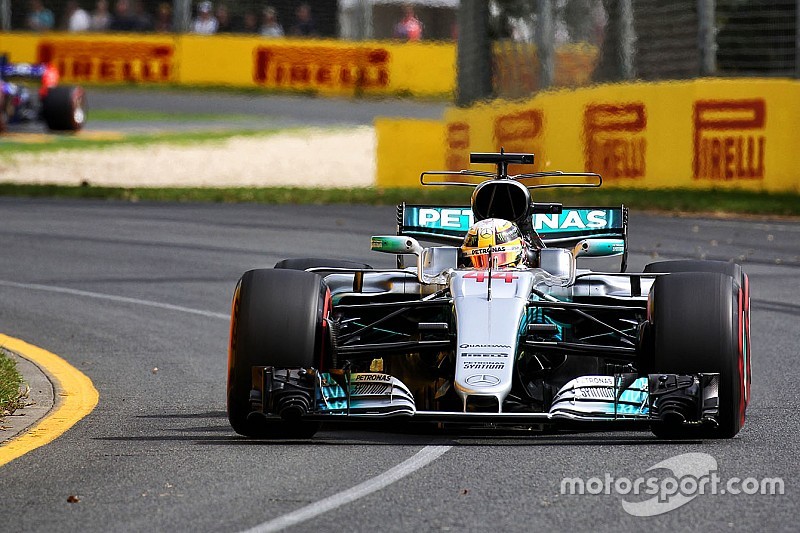 Mercedes team boss Toto Wolff says Lewis Hamilton appears "in a league of his own" after the opening day of F1 2017 running at the Australian Grand Prix.

Three-time F1 champion Hamilton headed teammate Valtteri Bottas by almost six tenths in the first practice session of the season at Melbourne - and was half a second clear of Ferrari's Sebastian Vettel in FP2.

His Friday pace was cause for optimism for Wolff, who told Sky Sports: "He [Hamilton] is really in a league of his own at the moment.

Wolff added later in the team bosses' press conference: "He had a very good day overall.

"For the team it was one of the better Fridays after having question marks in testing, good to bounce back in that way."

Hamilton himself was likewise very positive about his performance, saying he was relieved to have the car "exactly where it should be" after issues in pre-season testing.

"After struggling with some issues in Barcelona, we didn't know if we'd have the same thing here," Hamilton said.

"What's really encouraging is that we've arrived at the track just a week later and the car is exactly where it should be.

"It's feeling great out there and the guys have done a fantastic job. We've shown good form so far on both the long and short runs and we got every lap done that we wanted to."

However, the Briton insisted he was still wary of Ferrari's threat: "Coming into today, we really didn't know where we'd be. We knew from FP1 that the Ferraris weren't at their maximum.

"Of course, in FP2 all of a sudden they were quick. We'll see tomorrow how it really stands."