Hamilton: I want to end career as successful as Rossi 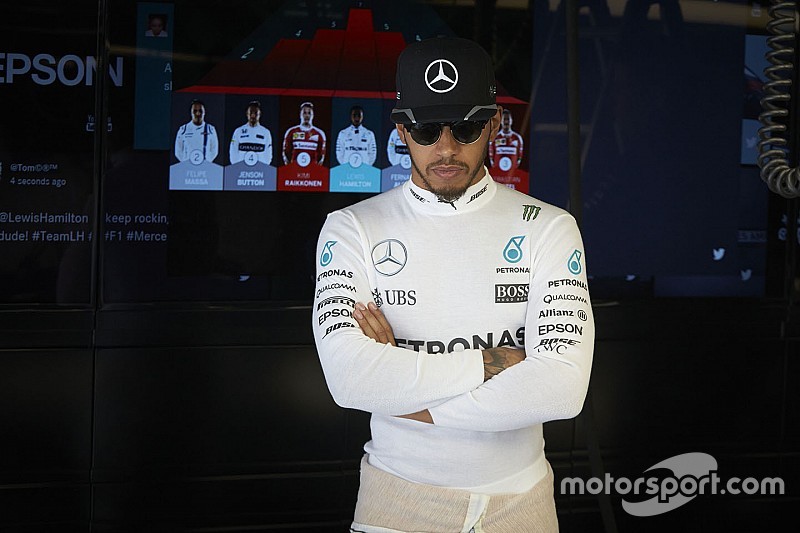 Lewis Hamilton hopes he has the luxury of seeing out his career at the top of his game like Valentino Rossi, after admitting he has put a time frame on how long he plans to stick around in Formula 1.

Rossi is the oldest and most experienced rider on the MotoGP grid, but that has not resulted in any drop in form, having delivered pole position and victory in Jerez last weekend.

The Italian's ability to be so strong throughout the twilight years of his career has been noted by Hamilton, who has talked about wanting to find himself in a similarly peak position for years to come.

"Valentino is towards one of the older riders now, but he still has the ability to be at the top," said Hamilton, speaking ahead of last weekend's MotoGP event.

"He still has the ability to do so, and so I hope that I am in the similar position towards the end of my career."

Hamilton has shown no signs of being weary of F1 yet, but still thinks that he will call time on his career in the early 2020s.

When asked if he ever thinks about retirement, he said: "I do. Generally when I think about it, I have this three-year contract. I am hoping that I have another three or four years after that."

However, he is well aware of how hard it is to pick the right moment to walk away – and says that more success in the future would only likely encourage him to stay rather than provide the perfect opportunity to quit at the top.

"So you don't want to stop and give it to the other guy. You want to stay in and get it again. So, I think it is a very hard thing to do and I am yet to know that I have the maturity and strength to walk away from something that I loved since five years old. Only time will tell."

Hamilton has made it clear that when he quits driving, there is unlikely to be any temptation to take another role within F1.

He does concede, however, that there may be some temptation to return to racing in another category – or even that when he hangs up his helmet he is never seen in racing circles again.

"I can only imagine that I will have withdrawal symptoms when I take a year off at the end and I will probably still want to race, but who knows?" he said. "It could be completely opposite. I might not, I might just disappear for life!

"I think the goal for any athlete that is on the top of the game…but it is hard to know…it is like gambling, you don't know when to leave the table.

"When you are up, you up and then just one more [roll] and then you are down and you leave, and it sucks. Leaving at the top would be exceptional. But you don't know when you have the opportunity to…I don't want to stop now when I am up."