By:
Luke Smith
Co-author:
Matt Kew
Listen to this article

Four-time F1 world champion Vettel announced ahead of the Hungarian Grand Prix that he will retire at the end of the 2022 season, bringing to an end his 15-year stint on the grid.

Along with Hamilton, Vettel has been a leading voice for issues outside of F1 in recent years, placing particular focus on the climate crisis and environmental issues facing the world currently, as well as issues such as LGBTQ+ rights and activism against racism.

Hamilton hoped Vettel's efforts to speak up in recent years would help inspire the next generation of drivers coming through to use their public standing through F1 in a similar way.

"Ultimately I think that in general we often stand on the shoulders of greats from the past, whether it's in this sport or other sports," Hamilton said.

"I really hope he inspires the next generation. Whether it's this one or the younger generation that will be coming through, to be more confident in utilising their platform, realising it's not just about them and their car.

"It's about something far, far bigger than being here. I really hope we see more people like him.

"But, I can't guarantee that, because I think he's rare."

Vettel has been a director for the Grand Prix Drivers' Association since 2010, serving as a key figure to discuss F1 safety standards and speak up for the drivers. 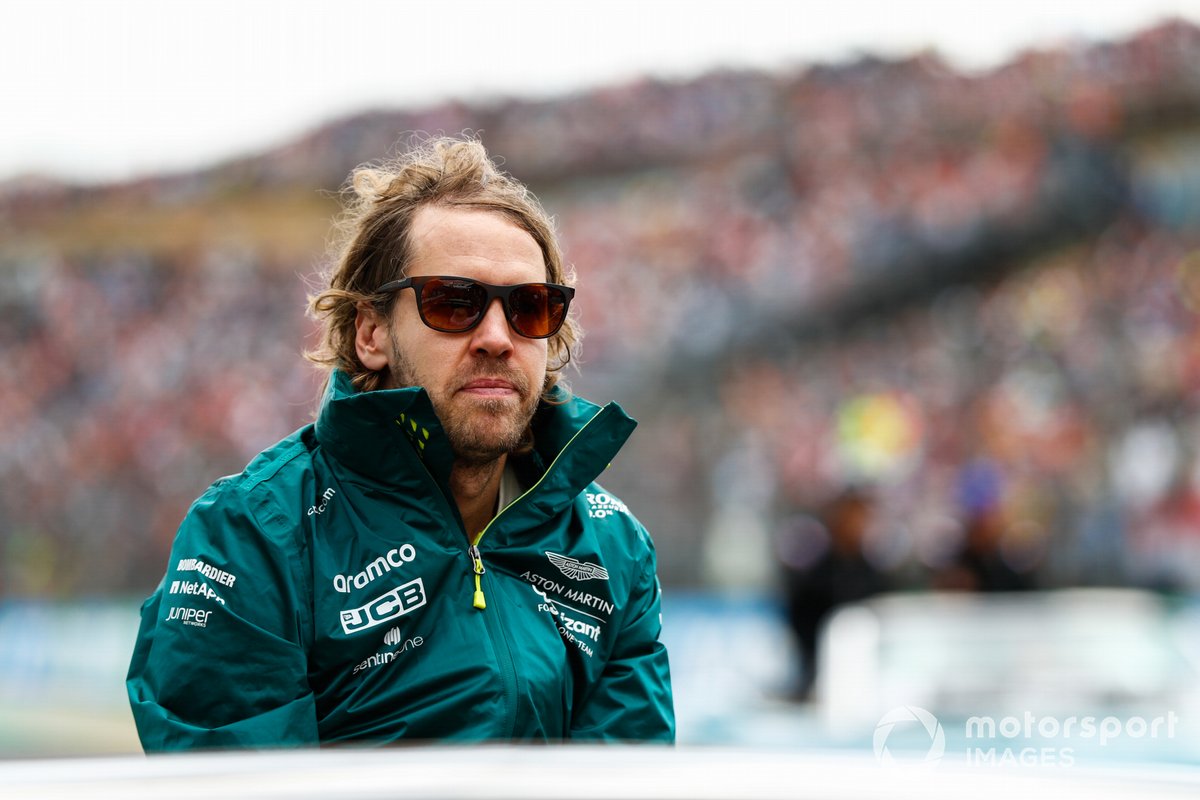 A number of his peers have expressed the hope that Vettel will continue in the role even after ending his racing career.

Hamilton said he was unsure what Vettel had planned for life after F1, but was confident the German was "going to be great, if he applies himself the way he has here with the bravery and sheer determination he's had."

Upon Vettel's retirement, the only drivers left on the grid who were racing 10 years ago will be Hamilton, Red Bull's Sergio Perez, McLaren's Daniel Ricciardo and Alpine driver Fernando Alonso.

Despite the grid growing younger, Hamilton dismissed the suggestion that F1 would be worse off when the established guard and experienced world champions such as him and Alonso were no longer racing.

"We're hoping that our work leads it to a better place," Hamilton said.

"That's the work that I've tried to do, what Seb's been trying to do here, really igniting the fire of sparking conversations, to leave the place a better sport than it was when we found it.

"I think Seb has definitely had a huge role to play in that and there's still a lot of work to do.

"I don't know if Seb is going to do more work, continue on the work in the background with the sport or not. I doubt he'll come back and do commentary, but you can never say never!

"But, yeah, I do hope it's in a better place. It would've been an awful waste of time if not."