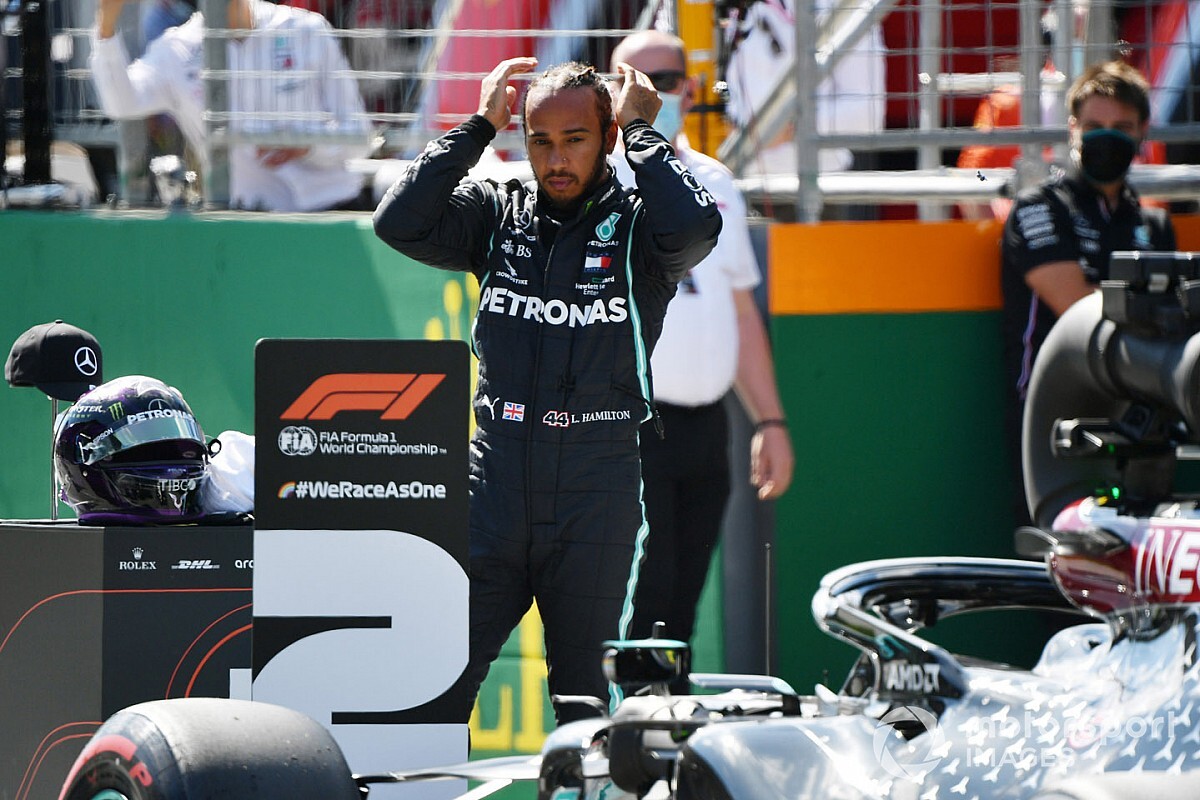 Lewis Hamilton has received a three-place grid penalty less than an hour before the start of the Austrian Grand Prix for speeding under yellow flags in qualifying.

Hamilton was originally cleared for the yellow flag infringement following an investigation on Saturday evening, only for Red Bull to lodge an appeal with the stewards and present new evidence.

A hearing took place less than 90 minutes before lights out in Austria, leading to Hamilton being given a late three-place penalty.

It means Hamilton will now start the race from fifth place on the grid, with Max Verstappen, Lando Norris and Alexander Albon all moving up one position.

"The Stewards acknowledged that the on-board footage of car 44 represents a significant new element that had not been available to the Stewards in the hearing on Saturday and therefore reviewed the case," the stewards explained.

"During the initial hearing, no on-board video footage of car 44 was available to the Stewards. Aston Martin Red Bull submitted 360 degree camera footage from car 44 including the passage of car 44 through the relevant section of the track.

"The Stewards heard from the driver of Car 44 (Lewis Hamilton) and the team representative and have reviewed the new video evidence and telemetry evidences. The new video footage clearly shows that a yellow light panel was flashing on the left side of the track in turn 5.

"A green light panel was flashing at the end of marshalling sector 9. Taking into account these facts, the Stewards determine that decision 33 will be reversed and the above mentioned penalty is being imposed."

Hamilton had originally been cleared by the stewards after they found both yellow and green flag signals had been shown.

Hamilton's Mercedes teammate, Valtteri Bottas, had spun ahead on track during their final Q3 laps. Hamilton gained one tenth of a second on his last lap, qualifying second on the grid behind Bottas.

Hamilton explained in the post-qualifying press conference that he did not see any yellow flags shown for Bottas' spin.

"I came round the corner, I got on the power and I thought that Valtteri perhaps had just gone wide and come back on the track further up the road," Hamilton said.

"I was looking out for the gravel on the track and for a car on the track, but there was nothing there so I continued.

"Then I saw as I was going into, I think it was to Turn 6 that Valtteri was much further to the left.

It comes as a setback for Hamilton as he goes in search of his first win in Austria since 2016, requiring a fightback from fifth place.

Binotto: Demanding Mugello would put on "great show" for F1

The Austrian Grand Prix as it happened