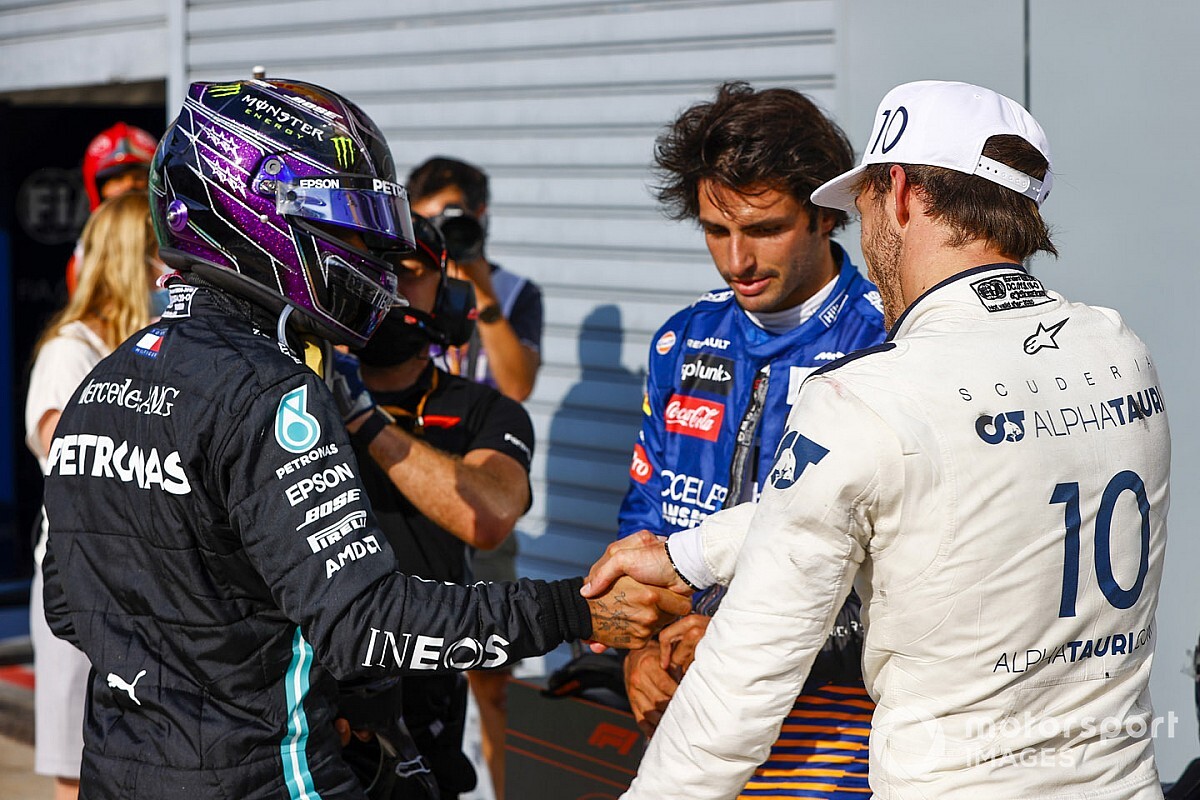 Gasly scored a shock maiden grand prix victory at Monza on Sunday after capitalising on a red flag stoppage and a penalty for Hamilton to move to the front of the order.

The AlphaTauri driver faced late pressure from McLaren's Carlos Sainz, but held on to win the race by 0.4 seconds.

It marked the latest major landmark in Gasly's career since he returned to the Faenza-based F1 operation following a 12-race stint with Red Bull's senior team in 2019.

Gasly scored his first F1 podium for Toro Rosso in Brazil last year ahead of its rebranding, and sits just five points behind his Red Bull replacement, Alexander Albon, in the drivers' standings.

Six-time world champion Hamilton was quick to congratulate Gasly on his victory in parc ferme after the race, and spoke highly of the young Frenchman.

"Pierre is just a really nice guy, and I think he has a lot of talent," Hamilton said.

"I don't think he was necessarily treated fairly at Red Bull in the end when he got promoted, and I think it's not easy for a driver when that happens, so I empathise with that.

"Then to get himself a win, I think it's not easy to do that. [I'm] really impressed."

Hamilton hoped Gasly's result would help create further opportunities for him in F1, but felt it would be painful in a way for Red Bull given its failure to score any points at Monza.

"He's done a fantastic job, and deserves the success," Hamilton said of Gasly. "Hopefully that creates an opportunity for him moving forwards.

"Also, he beat the team that demoted him. That's definitely got to hurt for them."

Red Bull saw Max Verstappen retire from the race shortly after the restart due to a power unit issue, while Albon finished a lowly 15th after slipping to the rear of the order following the red flag.