Lewis Hamilton believes he was “fighting for the front row” in a wet qualifying for the Formula 1 British Grand Prix but got caught out on his final lap.

By:
Haydn Cobb
Co-author:
Luke Smith
Listen to this article

The Mercedes driver ended qualifying for his home race in fifth place despite posting earlier laptimes which kept him in the battle for the front row, having briefly held second place in Q3.

But Hamilton conceded he lost out when he backed off during his penultimate lap in Q3 to charge his battery, only for the rain to intensify on his last lap.

"In the rain we were fighting for the front row and it was all the way up to the second to last lap we were up, but I was asked to back off and wait for the last lap, but then it rained. So that was a bit unfortunate," Hamilton said.

"I wanted to go to a more racy power mode for the last lap, charging the battery, etcetera, and as we did that it rained a bit more on the last lap.

"I was really so hopeful because we have got this incredible crowd and all of a sudden I was in the fight so I was feeling great, going second by 0.02s or something, so I thought I could definitely go quicker.

"I think I was two tenths up so I backed off to go again on the next lap but it wasn't to be. We lost too much temperature on the cool-down lap." 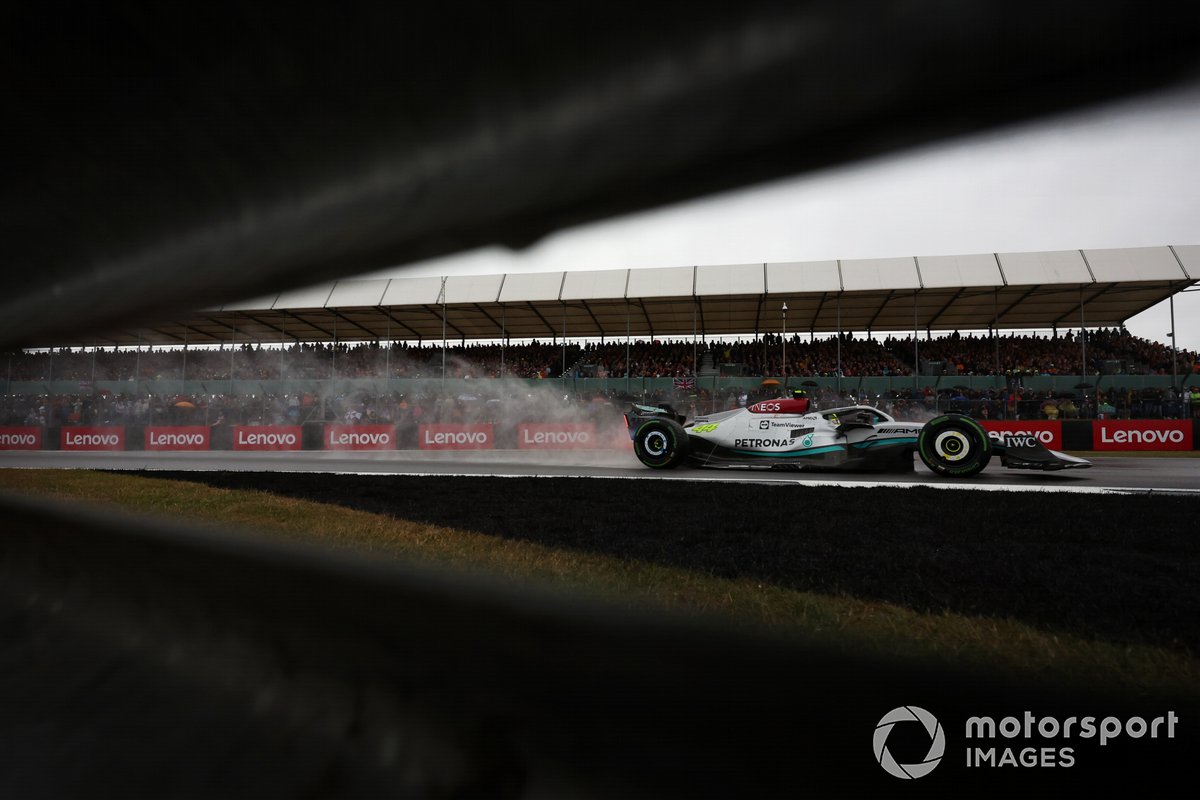 Despite being confident for a better grid position, Hamilton remains optimistic of being in the hunt against the Red Bulls and Ferraris, even if he feels battling for the win might end up being a tall order.

"It makes it a little bit harder tomorrow but still we have got a good race car and will be continue to work," he said. "It is not the worst position to start of course, and in the past races I would've been super happy with that.

"But of course it is the British Grand Prix and you are hopeful for something more. I think I was on course for that but anyway, we move forwards and I will try to pull something special out for tomorrow.

"I don't know if we can challenge for a win, the Red Bulls are so quick in the dry, they are pulling away on the straights and through the high speed [corners] as they don't have any bouncing whereas we have bouncing here, particularly in the corners, and that is where they are pulling away.

"Our race pace was a little bit better yesterday, I still think they are ahead but let's see, I am hoping we are a little bit closer on race pace compared to the last race, and if we are and I can just hold on to them maybe we can somehow progress. So I will be aggressive tomorrow."