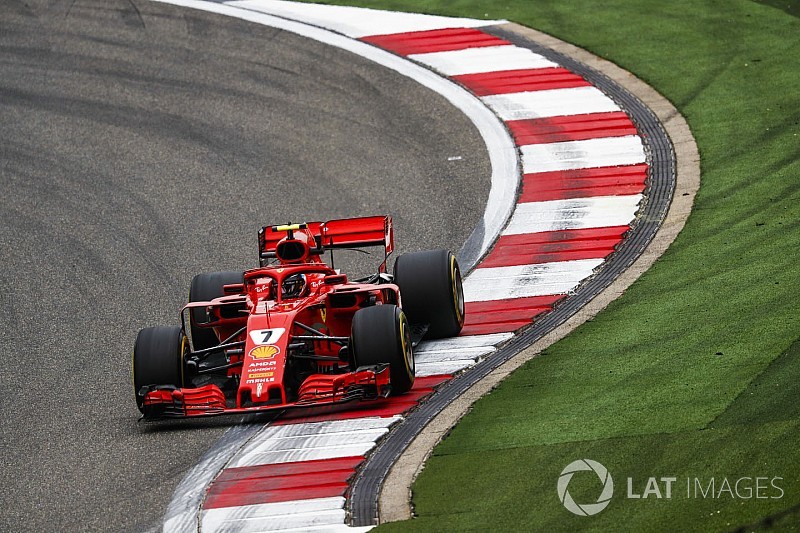 Ferrari beat Mercedes in a straight fight in Bahrain last week, but Mercedes was expected to rediscover its pace advantage in China and Hamilton edged Kimi Raikkonen in Friday practice.

However, Mercedes slipped back significantly in qualifying and was half a second adrift of championship leader Sebastian Vettel, who headed a Ferrari one-two as Hamilton qualified fourth behind teammate Valtteri Bottas.

Asked how much of a concern Ferrari’s consistency is, Hamilton replied: “Right now I’m not really thinking about the Ferraris, I’m trying to understand why we don’t have the pace.

“For some reason their car is working everywhere. It’s very strange. You go to Bahrain where it’s very hot and we would expect Ferrari to be strong, but they are even stronger than we expected.

“But in the race, we actually weren’t too bad, which wasn’t expected. Then we come here, with conditions you would expect we would be doing well, but a bit like last year their car works everywhere.

When Mercedes and Ferrari used soft tyres in the second part of qualifying, Hamilton and Bottas lapped close to Ferrari.

Hamilton said that was the only time in qualifying his car felt “normal” and could not explain why there was then such a deficit on the ultrasoft tyre.

He was also confused by the car being “night and day” different after a positive Friday.

“Today was definitely a shock when we got into FP3 and the car was completely different,” said Hamilton, who spun in Saturday morning practice.

“I didn’t make any changes. Firstly, tomorrow we could regret it, and qualifying could have been different.

“So, we stuck with where we were and it wasn’t particularly enjoyable to drive.”

Mercedes boss Toto Wolff compared the situation to last year, when it could not get the softest Pirellis to work properly, but explained that instead of overheating the tyres the team is not generating enough temperature in China.

“You can see that Ferrari puts the tyre in the right window [and] from the onboard the car is like on rails,” he added.

Wolff said qualifying behind Ferrari gives Mercedes “plenty of possible plays” in the race and thinks Sunday will offer “proof of concept”.

If Mercedes still struggles, he admitted the team will need to work out if it has a more fundamental problem.

“Is that inherent to the car? I don’t know.

“Maybe it is trickier to get it there, but maybe its peak performance is also superior to our competitors if we get there.”