Lewis Hamilton "feels for the fans" of Formula 1 given that Max Verstappen could potentially win the 2022 world championship in Singapore this weekend with five races to spare.

Should Verstappen win the grand prix at Marina Bay and secure the fastest lap, he will win the title if Charles Leclerc ranks ninth or lower and if teammate Sergio Perez is fifth or worse.

That becomes 10th for Leclerc should Verstappen land victory but without netting the bonus point for the fastest lap.

If Red Bull driver Verstappen, who carries a pre-race lead of 116 points, finishes in second place or lower then his seemingly inevitable second coronation will wait until the Japanese GP.

Should Verstappen get the job done this weekend, he will tie with Michael Schumacher.

The German holds the record for the earliest title win, claiming the 2002 crown with five races to spare, while Hamilton has twice taken the spoils with three races to go.

While Mercedes racer Hamilton did concede his early successes have been bad for the spectacle, he said that he would "feel for the fans" if Verstappen won it so early.

Speaking in Singapore on Thursday, Hamilton reckoned: "From my point of view, I'm not really thinking much about [Verstappen sealing his second consecutive title].

"Definitely, I feel for the fans. For everyone and even for us last year, going right down to the wire, that was intense for everybody. 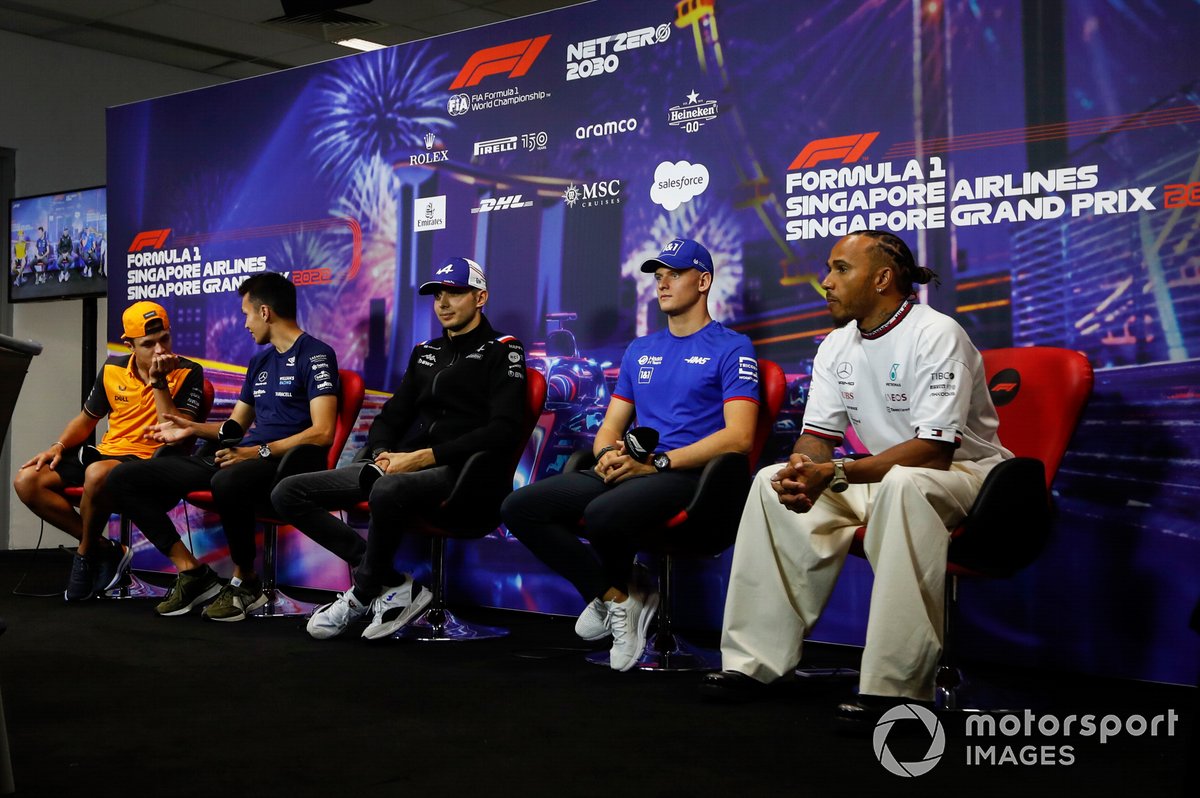 "It's never great when the season finishes early. Even when I've experienced having it finish early in places like Mexico. For you as the one individual, it's great. But for the actual sport, it's not spectacular.

"I'm really grateful to have had like 2008 right down to the last 17 seconds and obviously last year, pretty much the same thing. Let's hope for the future that it's a bit better."

Expanding on how he views the rest of his own season after working to troubleshoot the difficult Mercedes W13, Hamilton continued: "For me, I'm still enjoying the challenge and am proud of the strength and the growth within our team in terms of the relationships, in terms of our focus.

"Just seeing how hard everyone works in a team is for me is the most inspiring thing.

"They go from the racetrack, fly over Sunday night, they're in the office on Monday, trying to come up with solutions, trying to crack the code.

"That's really impressive because it's just relentless this season. I know everyone is looking forward to the break."