Lewis Hamilton says he feels “a little bit slow” compared to the other Formula 1 front-runners after Friday’s practice running for the Qatar Grand Prix.

Hamilton heads into the Qatar weekend on a high after charging from 10th on the grid to win in Brazil last Sunday, cutting Red Bull rival Max Verstappen's championship lead down to 14 points.

Hamilton finished 0.7 seconds off Verstappen in FP1, and was over four -tenths off Bottas's time in FP2, ending the day fourth in the timesheets.

Drivers have faced an added challenge in getting their set-ups dialled in on Friday as they have no previous data to work from in Qatar, with Hamilton admitting he still didn't feel entirely comfortable.

"I don't even know how big the gap is, but I'm off," Hamilton said. "I'm definitely not close."

Hamilton said he had "no clue" if he would be going wheel-to-wheel with Verstappen again this weekend after their Brazil fight, adding: "As I said, I'm a little bit slow, so I need to figure that out tonight."

Verstappen finished just ahead of Hamilton in FP2, taking third behind Bottas and AlphaTauri's Pierre Gasly, but also felt he had more work to do overnight.

"It was the first time of course in the evening, so it was important to understand how the car would react," Verstappen said after topping FP1 in daytime. 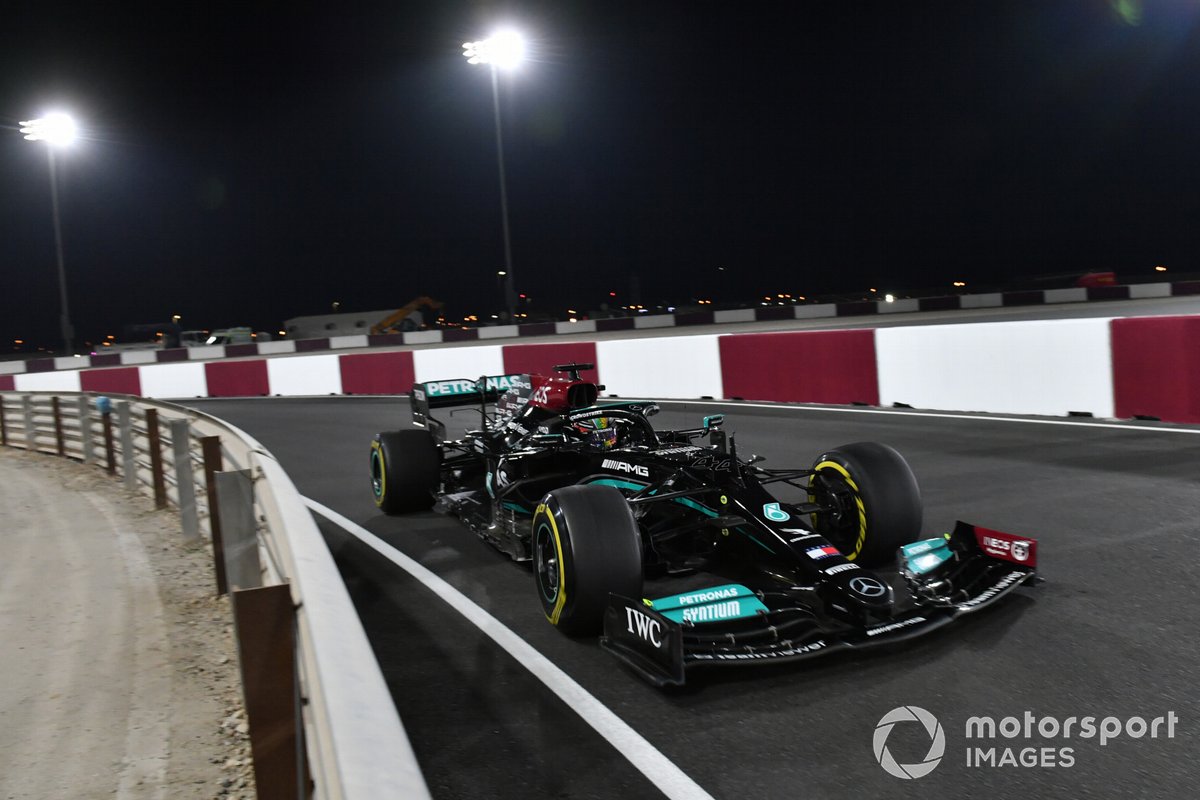 "[There was] quite a bit of a change between the medium and the soft tyre for me. That's why I think on the soft tyre it wasn't so amazing.

"But again, the first time here, so a lot of things to understand."

Verstappen was impressed by the fast-flowing nature of the Losail track, but was unsure how the current F1 cars would fare in the race given the difficulty of following.

"it's been a lot of fun to drive to be honest," Verstappen said.

"I think it's a really cool track. [It's] difficult to say for the race. With these cars anyway, it's very tough to follow. I think over one lap anyway, it's going to be good."

Both drivers brushed off the stewards' decision to deny Mercedes' request to review their Turn 4 incident in Brazil that was announced ahead of FP2.

"I don't have any thoughts on it, because I was not a part of it, and [have] been focusing on trying to do my weekend," Hamilton said.

Verstappen added it was "nice" to have a decision through, but felt it was "also expected".