Lewis Hamilton feared his decision to take a "bit of a gamble" on car set-up backfired before scoring his 100th Formula 1 pole position in Spanish Grand Prix qualifying.

Hamilton was able to edge out Red Bull rival Max Verstappen by 0.036 seconds in Q3 to clinch his second pole position of the season, and continue his perfect record of front row starts this year for Mercedes.

But the seven-time world champion initially feared that some changes he requested on his car between final practice and qualifying would leave him worse off in the fight for pole.

"FP3 was looking really good, I think we've been strong all weekend," Hamilton said. "I made some changes, and I had a bit of anxiety about the changes that we were potentially going to make for qualifying. We always try to make the car better, but it's a bit of a gamble because you've also got to keep the race in mind also.

"Anyway, we made the change and as soon as I got out I was like, 'this is the wrong one'.

"It was my call in the end, but it was really hard, so that's why I was behind the whole way through qualifying, and I was making small tweaks here and there to try and elevate pace-wise.

"But the first lap [in Q3] was the best lap that I got through the whole session, which is great. I tried to improve the next lap, I think I was a tenth-and-a-half up, but then I couldn't keep it." 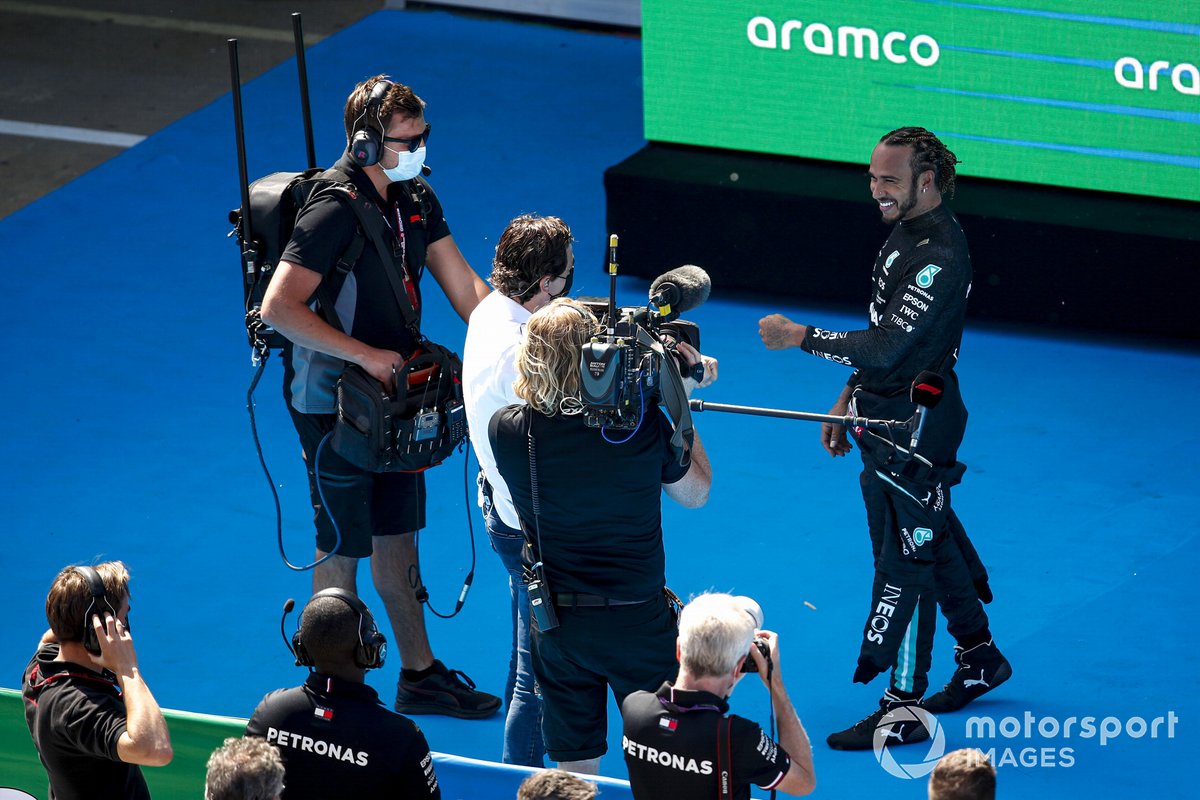 Hamilton explained that the set-up he opted for left the Mercedes W12 car understeering into corners and feeling "very lazy".

"I was making small adjustments to try, within what we are able to change in order to get the car to turn."

Neither Hamilton nor Verstappen were able to improve on their final Q3 laps, ensuring the Mercedes driver maintained pole position.

"I can't believe that we're at 100," Hamilton said. "It is down to the men and women that are back to the factory who are continuously raising the bar and just never giving up, the support that I have.

"It's been a dream for me to work with these guys and the journey that we've been on, it's been immense.

"Who would have thought at the end of 2012 when we made the decision to partner, we would be qualifying at 100?

"I feel very humble, very grateful. And I'm ecstatic, like it's my first."