Lewis Hamilton reckons the ongoing FIA clampdown concerning Formula 1 drivers wearing jewellery in the car is "unnecessary" and marks "a step backwards" for the championship.

In the drivers' briefing at the event, it was also reaffirmed that underwear, gloves, socks and balaclavas must be FIA homologated.

These issues are now back on the agenda in the lead up to the inaugural Miami GP this weekend after a document was issued with an updated scrutineering policy to include checks concerning jewellery and underwear.

This reinforcement comes on the grounds of improved safety, with Wittich explaining that wearing jewellery underneath flameproof clothing "can reduce the protection" as "metallic objects, such as jewellery, in contact with the skin can reduce heat transmission protection and thus may increase the risk of burn injuries in the event of a fire".

But seven-time world champion Hamilton, who joked he could not fit any more jewellery on after showing up with three watches and rings on all his fingers in the press conference, said the renewed focus was "a step backwards" and could provoke an "unnecessary spat".

He said: "It's almost like a step backwards, if you think about the steps we're taking as a sport and the more important issues and causes we need to be focusing on.

"I think we've made such great strides as a sport… this is such a small thing." 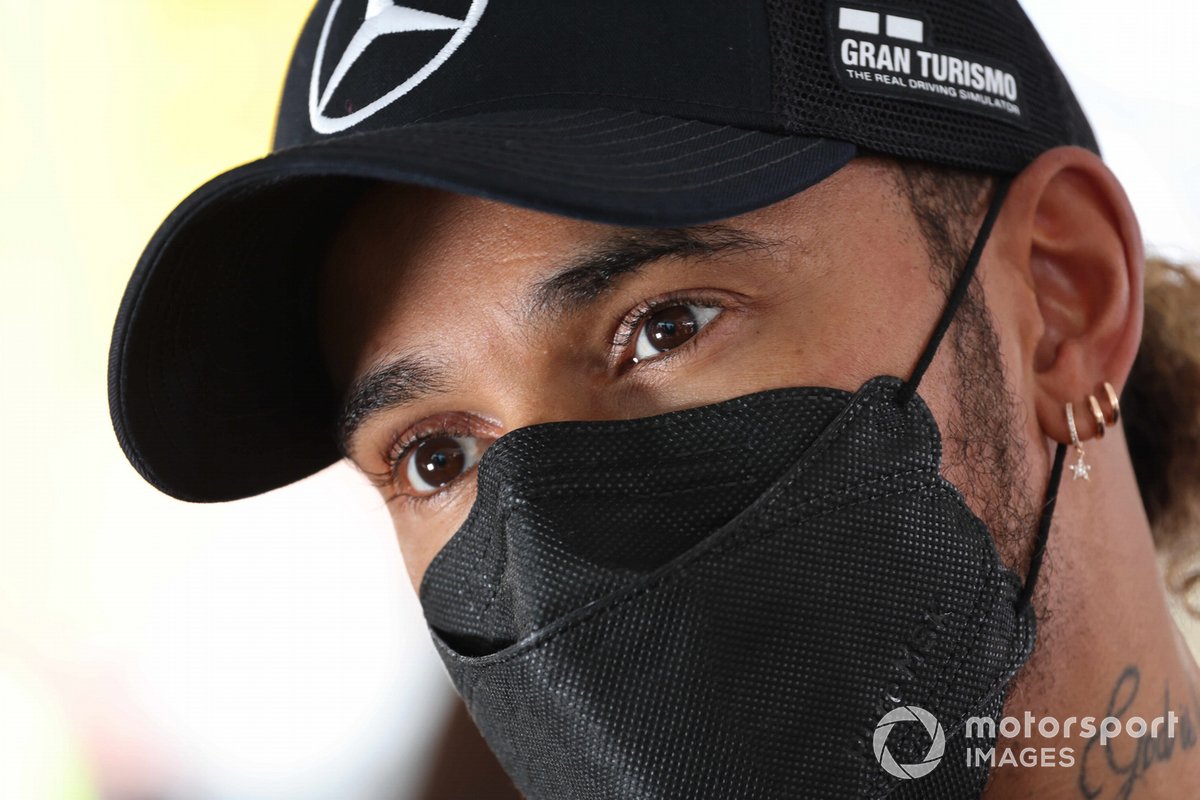 Hamilton reckons he wears two pieces of jewellery that he cannot take out, but explained they were platinum and had not proved an issue in previous MRI scans.

The Mercedes racer did acknowledge an unlikely scenario where he might have to step aside to let someone else take his seat this weekend if there was a standoff between drivers and the FIA.

But Hamilton had the support of his fellow drivers, with AlphaTauri's Pierre Gasly saying "there are bigger things to focus on" and that wearing jewellery should be a personal choice.

Although he did say that "I appreciate the FIA are looking after our safety."

Gasly added that he wears a "religious item" and does "not feel comfortable not having it with me driving the car".

He continued: "I do feel it is a little bit personal. We should have the freedom to do what feels rights."

Hamilton closed by saying he would readily sign a waiver that allowed him to continue wearing jewellery in the car and therefore ease the safety responsibility felt by the FIA.

He also confirmed he had reached out to new FIA president Mohammed bin Sulayem to address the issue while wishing to remain "an ally".

Hamilton said: "It's about individuality and being who you are. I sent [bin Sulayem] a message just reassuring him that I want to be an ally. I don't want to fight with you guys over this. This is very, very silly."

From Vice to F1: The story of Miami's other grands prix