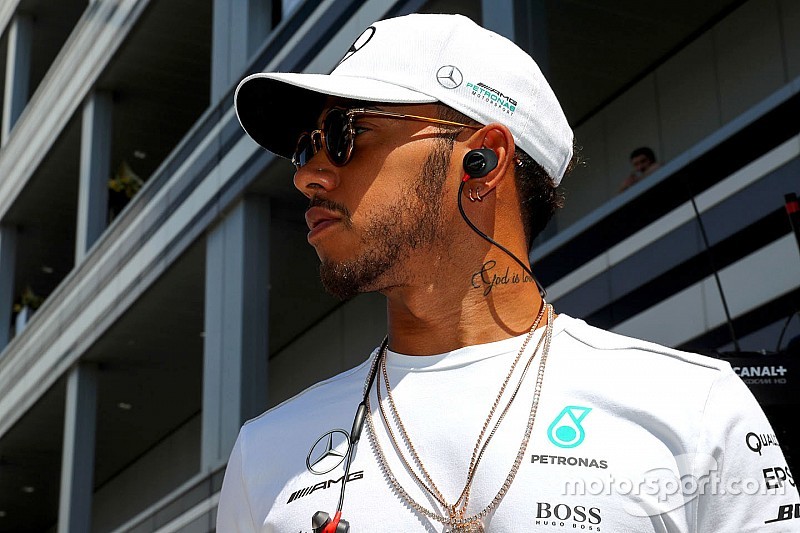 Lewis Hamilton says “small nuances” in car set-up are behind his struggles in the Monaco and Russian Grands Prix earlier in this Formula 1 season.

Hamilton has won two of F1 2017’s first six grands prix, but trails Ferrari’s Sebastian Vettel by 25 points in the championship thanks to difficult races in Sochi and Monte Carlo.

On both occasions, Mercedes had difficulty getting Pirelli’s ultrasoft tyres to work on smooth asphalt, but Hamilton suffered worse than teammate Valtteri Bottas.

Hamilton finished a distant fourth as Bottas won in Russia, then failed to qualify inside the top 10 as Bottas challenged the Ferraris for pole in Monaco.

“In Sochi, we had different car set-ups,” Hamilton told Motorsport.com. “Initially it didn’t look like they were massively different, but just small nuances.

“For example, corner entry stability and balance, as opposed to mid-corner to exit, they [the cars] were set-up differently.

“I had a very unstable car on the way into the corner, so the way I ended up having to drive the car was with more understeer mid-corner. It was lots of complicated things.

Hamilton explained that variations in brake bias and mechanical balance on his car compared to Bottas’s exacerbated his problems in Monaco.

There the Brit lost tyre temperature waiting at the end of the pitlane for the start of qualifying, complained of a lack of grip and almost crashed twice after losing the rear of his Mercedes at Massenet and Casino Square.

“By the fourth lap the tyres were in a better place than they were in the first lap, but the Ferraris could do it first lap. We’re trying to understand how we can get the car to switch the tyres on quicker.

“But in Q2, had I finished that lap, I was only a tenth behind Valtteri, so I would’ve got into Q3.”

Brown: McLaren "near our limit" with struggling Honda

Insight: Is McLaren Honda partnership reaching the end of the F1 road, or just a fork?