Lewis Hamilton says the chance to improve education and inclusivity in the local community is behind his involvement with Serena Williams in a group bid to buy Chelsea Football Club.

Reports emerged on Thursday that the seven-time Formula 1 champion and his tennis star friend Serena Williams could invest around £10 million each to the consortium that is led by former Liverpool FC and British Airways chairman Martin Broughton.

Hamilton addressed the links for the first time on Friday ahead of the Emilia Romagna Grand Prix at Imola, where he confirmed the legitimacy of the stories.

The Mercedes driver revealed he had been contacted by Broughton, who had explained his vision for the club should the bid win.

Hamilton said Broughton's values "very much aligned" with his own and he and Williams had since spoken "multiple times" and she was "excited to join" the group.

Explaining his interest, Hamilton said: "This is all about the community. That's what really makes a football team - it's the people in and around it.

"[Chelsea has] been quite leading in the work in [diversity and inclusion] and becoming more diverse and progressive. So, it's not that we're associating ourselves with previous owners.

"Our goal is to continue some of the work that they've already done and have even more of an impact and engage more with the community."

Hamilton has previously declared his support for rival London club Arsenal, but said his fandom was born out of his sister hitting him "saying you have to support Arsenal". 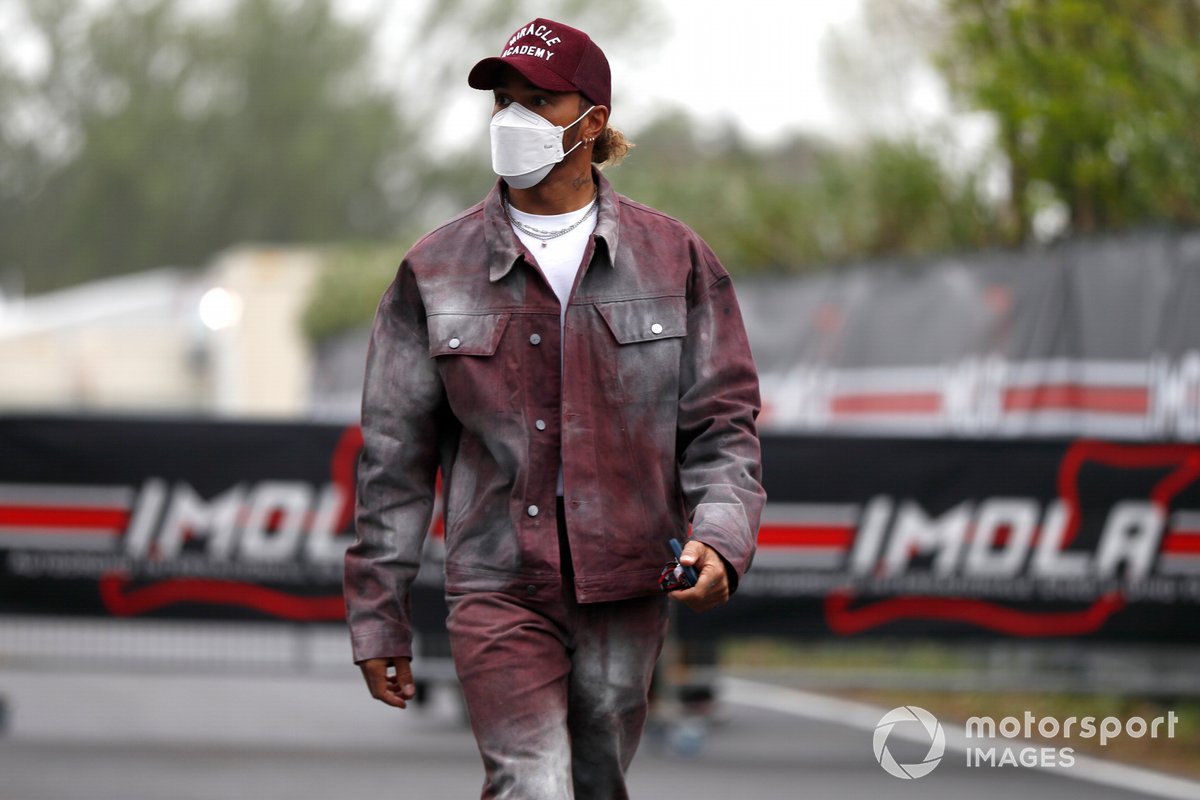 He added that he was an overall sporting fan so the opportunity to back a bid for the reigning Champions League winner and club world champions was "one of the greatest opportunities to be a part of something so great".

After Chelsea announced in December it had lost £145.6 million for the year ending June 2021, Hamilton said he had been assured a business plan was in place to stem the losses.

He explained: "Naturally, [losing money is] never the idea of an investment.

"Through the discussions that we've had, the team plan to manage this moving forward and improve that and make sure they decrease those losses and turn it into a profit-making organisation.

"That's going to take a lot of work. There are so many moving parts… I don't have the strategy to all that.

"We haven't yet won the bid, I'm sure that will all come afterwards. But the team is a consortium of lifetime Chelsea fans and others that have come to it later like myself.

"There's not anyone that's a part of it that's with the mindset of losing. I already think Chelsea already has a winning mindset.

"But I think we can do better with how we move forward."

Hamilton added that should the bid win, he would be less hands-on compared to his partners while he continues in F1 but his involvement would focus on improving the club's work the local area.

He said: "There is still a lot of work to be done to be more diverse, and more inclusive.

"It's an amazing platform to bring in and educate a lot of the amazing fans that are out there.

"There's some amazing talent within the team already that have really stood up against discrimination and worked very closely with the organisation to move forward.

"I know that's really important for, I think, the fans of Chelsea; the community is heavily invested in that also."