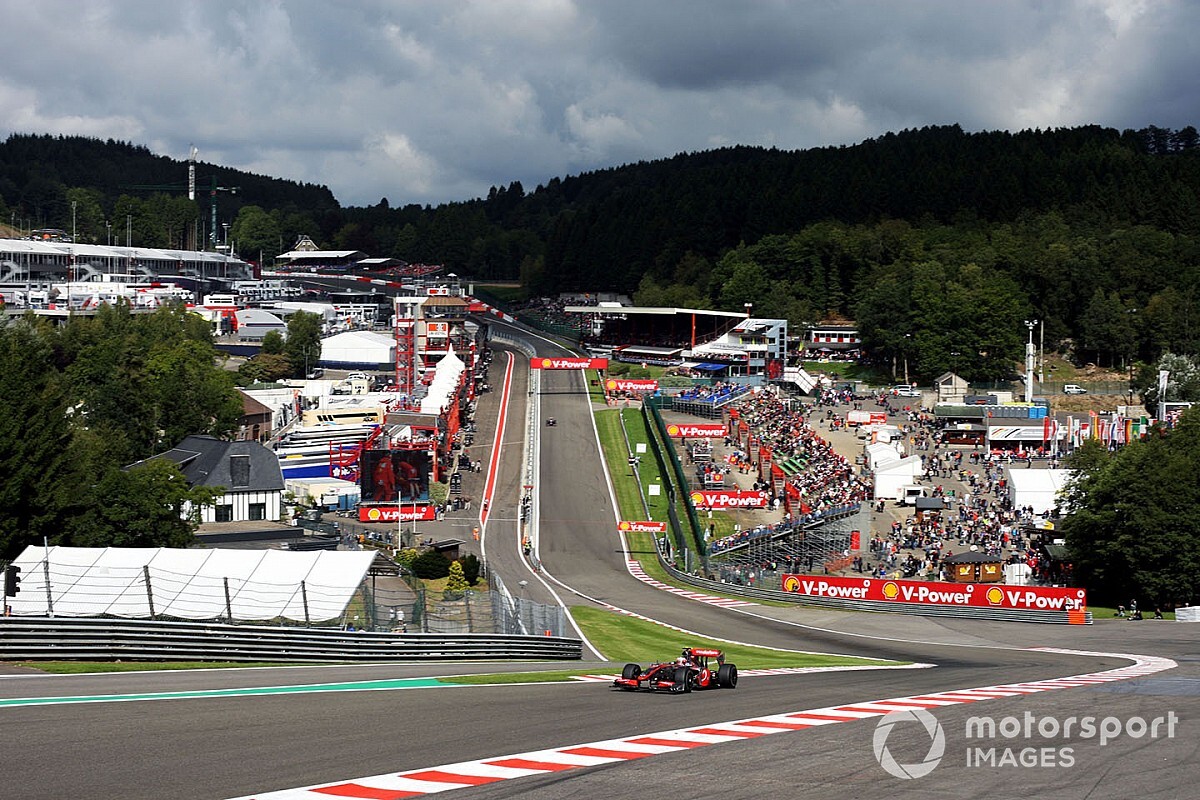 A bet that Lewis Hamilton won about how fast he could take Eau Rouge on his first lap out of the pits in practice was proof of his exceptional talent, says former Formula 1 teammate Heikki Kovalainen.

Reflecting on his time as Hamilton’s teammate at McLaren in 2008 and 2009, Kovalainen says that he found himself always have to ‘stretch’ to try to match the British driver.

And he says there is no better example of Hamilton’s belief in his own abilities than a wager he made with Kovalainen ahead of the 2009 Belgian Grand Prix.

Speaking in the latest Beyond the Grid official F1 podcast, Kovalainen said: “We were at Spa, and the first practice was just about to start, and I think Lewis came to me and said: "Would you like to do a bet, just on the out lap, that who goes faster through Eau Rouge straight out of the box?"

“In those days it wasn't like easy flat out straight out of the box on Friday morning. And I said, "Yeah, yeah, we'll do that." Then he just went with the right leg straight and went flat out the first lap. I had a tiny lift and I lost the bet. But that was the kind of thing that he was... I kind of knew that that's lost money for me. I was never gonna win that. So yeah... he's got unbelievable fighting spirit.”

Kovalainen said that he felt that Hamilton was just a bit faster than him in their time together, but reckoned that if he pushed himself he could get close. In the end, he suspected the constant need to go beyond his comfort level burned him out.

“He was just that tiny bit faster all the time, and I had to stretch, every session,” he said. “It was straight from the winter test, you know, I was always like... I had to stretch to match him or be ahead of him, like an average lap wasn't good enough. And when you've done that for a year and a half... I kind of run out of energy.

“In the second half of the second year, 2009 in McLaren, it's fair to say that I drove below my own ability even. Rather than focusing on my own race and my own results, and trying to get close to Lewis, I started to overdrive. I got frustrated and, in fact, the gap just got bigger and I made some mistakes.

“I think the reason why that happened during that second half of 2009 was because I had to stretch all the time. And when you're stretching for too long time, you run into a wall at some point.”

He added: “I think it's just his pace was just a tiny bit quicker consistently. I don't have any trouble admitting it. He is one of the greatest, if not the greatest driver. I'm glad I went against him.

“But at that point of my career, it was also quite detrimental for my career. I had a momentum, but I wasn't able to keep the momentum going with Lewis as my teammate.”