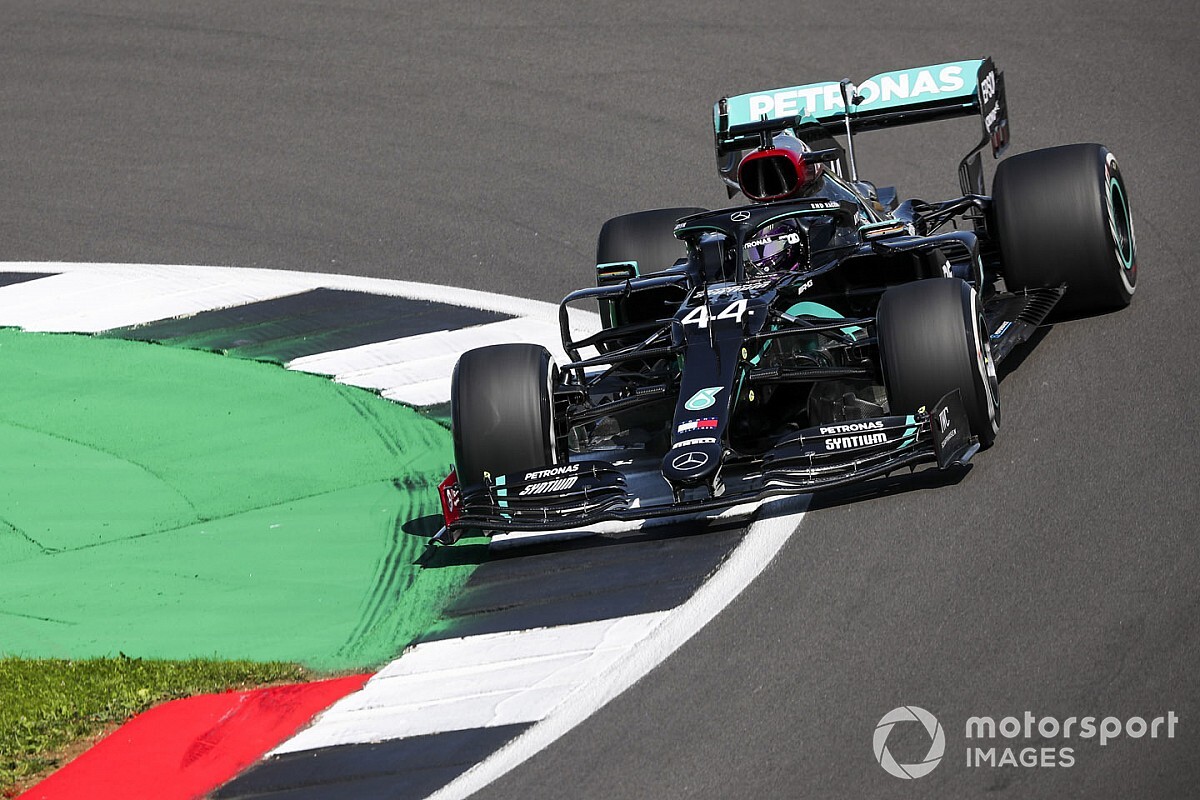 Lewis Hamilton says that windy conditions at Silverstone made for a "difficult day" of Formula 1 practice running ahead of the British Grand Prix on Friday.

Hamilton enters this weekend's race at Silverstone chasing a seventh victory at his home grand prix, having moved into the lead of the drivers' championship with a dominant win in Hungary two weeks ago.

But Hamilton could only finish the day fifth fastest for Mercedes after a truncated FP2 session that saw a number of drivers lose their low-fuel runs to a red flag caused by Alexander Albon.

Hamilton had trailed Red Bull's Max Verstappen in the opening practice session, and explained at the end of the day he had found it difficult to get fully comfortable with his Mercedes W11 car.

"[It was] quite a difficult day, to be honest," Hamilton said. "It's always windy here, which is actually a good thing about this track, you've got some wind in different directions. But it's made it really tricky today with the car.

"The balance is not good as I'd like, so we're just going to work on it tonight and try and see if we can figure it out.

"It's not a disaster, but definitely been a hard day of driving."

Hamilton abandoned his second run on the soft compound tyre in FP2, and ended the session three tenths of a second being pace-setter Lance Stroll from Racing Point.

"We went back out and I think the tyres weren't as good as the first one," Hamilton explained.

"We'll work through it. We've got great engineers. That's the great thing about this team, we continue to dive deep into the details and hopefully make some good changes overnight.

"I think that's great to see close competitors. Hopefully tomorrow it's close with us also."

Mercedes teammate Valtteri Bottas was able to finish third in FP2 at Silverstone, and was happier with the progress he made between the two practice sessions

"Obviously [there is] still work to do, but I think practice two was actually not a bad feeling. The gaps are quite small and normally we are able to make some good steps for the qualifying, so not too worried really because overall feeling is quite good.

"Racing Point and Red Bull, they seem quite strong as well. But it's gonna be completely different conditions tomorrow with a lot less track temp, and the wind is going change direction quite a bit.

"It normally has quite a big effect on this track."