Hamilton congratulates Verstappen after "most difficult of F1 seasons"

Lewis Hamilton has congratulated Max Verstappen on beating him to the 2021 Formula 1 world championship in dramatic conditions after what he called "the most difficult of seasons".

For the first time in over three decades, both title contenders headed to the final race on equal points after what has been a thoroughly unforgettable and controversial 2021 season.

The title showdown at the Abu Dhabi Grand Prix certainly lived up to expectations and offered a blueprint of the entire season packed into one race.

Hamilton passed polesitter Verstappen at the start, but the Dutchman came back to overtake him at Turn 6.

As Verstappen pushed Hamilton into the runoff area, Hamilton emerged ahead with Red Bull angered at race control's non-call to not order him to give the position back.

Passing Hamilton was soft-shod Verstappen's only chance to win and Hamilton duly drove away from the Red Bull on longer lasting mediums, but Red Bull gave itself an outside chance to get back at the Briton by pitting Verstappen under a virtual safety car while Hamilton persisted on used hard tyres.

A late safety car for a crash by Williams man Nicholas Latifi made Mercedes' worst case scenario a reality, with Verstappen pitting again for new tyres with four laps to go while Hamilton was forced to continue lest he lose track position.

The incident was cleared ahead of a last-lap dash to the line, but race control sparked more controversy by initially leaving the lapped cars between leader Hamilton and Verstappen in line only to then allow them to unlap themselves right before the restart. 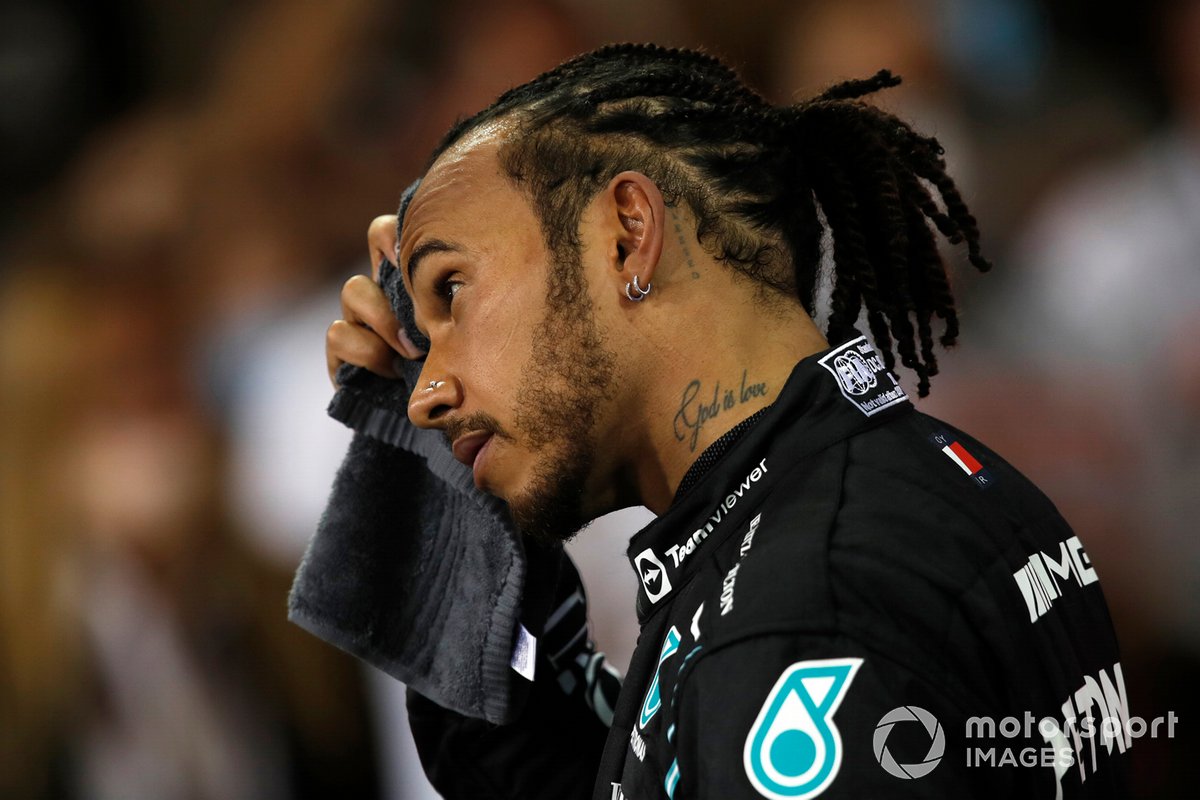 That left Hamilton a sitting duck against Verstappen, who swiftly passed his rival at the Turn 5 hairpin and romp home to his maiden world championship.

Despite enduring a heated rivalry with Verstappen, which included several on-track clashes, Hamilton composed himself to congratulate Verstappen in parc ferme after what he called "the most difficult of seasons".

"Firstly, a big congratulations to Max and to his team," Hamilton said.

"I think we did an amazing job this year, with my team. Everyone back to the factory, all the men and women we have - and here - worked so hard this whole year.

"It's been the most difficult of seasons and I'm so proud of them, so grateful to be a part of the journey with them.

"We gave it everything this last part of the season, we gave it absolutely everything and we never gave up. And that's the most important thing."

Hamilton said he had been "feeling good" ahead of the Abu Dhabi showdown after winning the last three races in a row and closing the gap with Verstappen, after it looked at times like the Dutchman was going to run away with the title.

"Yeah, of course. I've been feeling good ... great in the car this past couple of months, particularly at the end," he added.

"If I'm honest, you know, we're still in the pandemic and I just really wish everyone to stay safe and have a good Christmas with all their families and then we'll see about next year."