Hamilton won the race to level the points battle with Verstappen on 369.5 apiece after multiple incidents in an ill-tempered race that was red-flagged twice.

Verstappen made good use of the medium tyres chosen by his Red Bull team took for the third race start by taking the lead with a daring move up the inside of Mercedes driver Hamilton and Esteban Ocon's Alpine.

But the hard tyres Hamilton had chosen helped him come back into the contest as Verstappen's tyres began to fade, the seven-time world champion forcing Verstappen into a mistake at Turn 1 on lap 37 when the Dutchman's attempt to defend his lead resulted in him running both cars wide over the run-off.

After he was ordered to let Hamilton through, Verstappen slowed dramatically on the approach to the final Turn 27 left-hand hairpin, and the two made contact as the Mercedes ran into the back of the race leader.

There followed a verbal disagreement between Mercedes team manager Ron Meadows and FIA F1 race director Michael Masi over whether the positional switch had been communicated, with Hamilton accusing Verstappen of brake-testing over the radio.

Verstappen then kept the lead, ceded to Hamilton briefly before overtaking again, but ultimately lost out to Hamilton again before being given an additional five-second post-race penalty for gaining an advantage outside the track.

Verstappen has also been summoned to the stewards to discuss an alleged breach of the FIA International Sporting Code concerning the Turn 27 incident.

Speaking after the race, Hamilton said he found the altercation "a bit confusing".

"I ran into the back of him, and then he moved on. So I didn't understand exactly what was going on.

"I got a message afterwards that he was going to let us past. So it was a bit confusing." 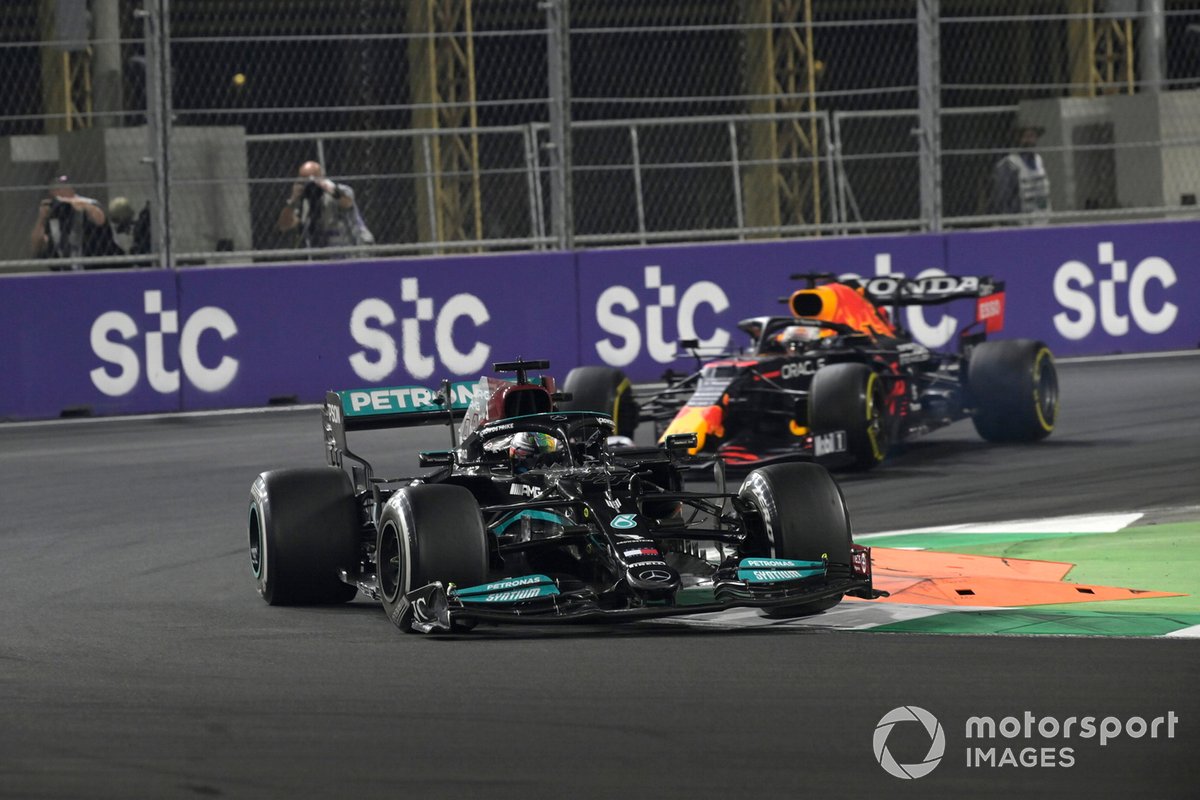 Hamilton said that during the "incredibly tough" race he'd focused on trying to "be as sensible and as tough as I could".

The Briton had dropped behind Ocon at the second start when Verstappen, who had been promoted to pole by not pitting under the safety car for Mick Schumacher's crash which soon became a red flag, attempted to hold onto the lead around the outside of Turn 1 and drove off the track before forcing Hamilton wide.

"I tried to be as sensible and as tough as I could be out there, and with all my race experience over the years, just keeping the car on track and staying clean - that was difficult," he said.

"But we persevered as a team. We've had all sorts of things thrown at us during the second half of the season, so I'm just really proud of everyone."