Hamilton says he was "struggling" before grabbing pole 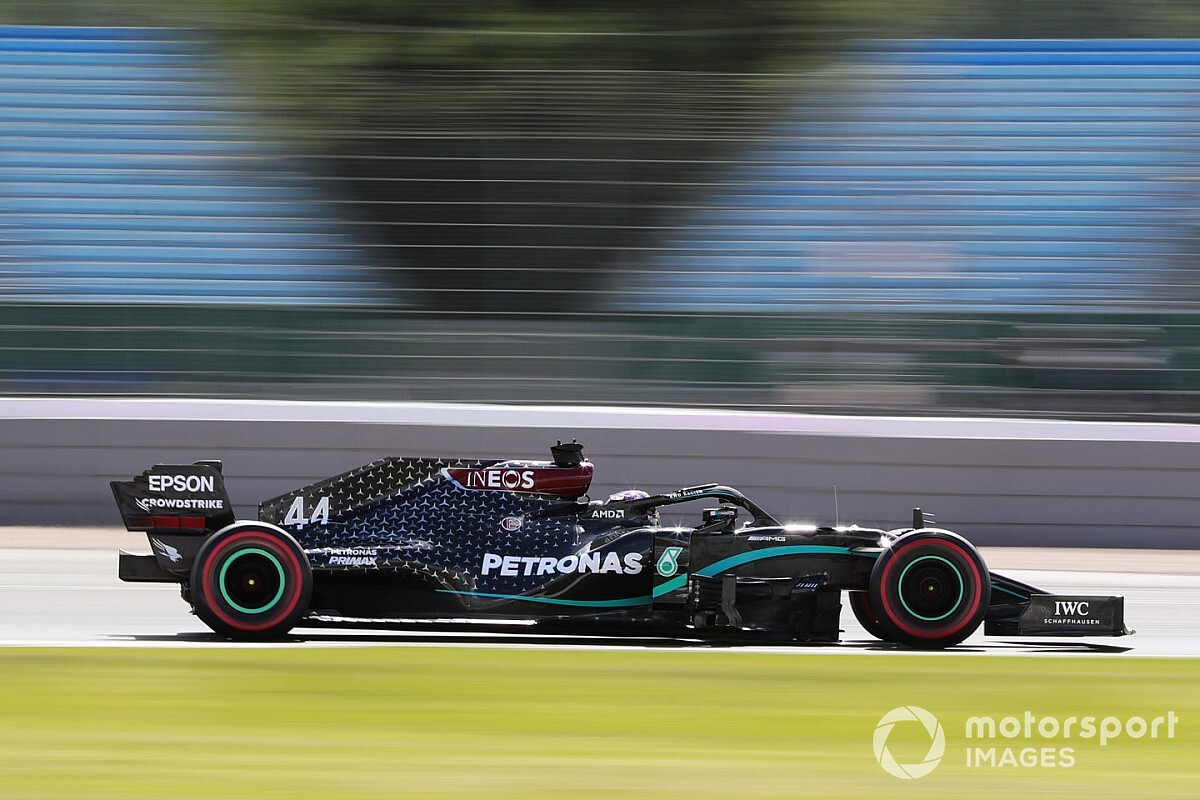 Lewis Hamilton says he had to make the "hardest turnaround" after spinning midway through Formula 1 qualifying at Silverstone to take pole position for the British Grand Prix.

Hamilton clinched the 91st pole position of his F1 career on Saturday at Silverstone, leading Mercedes to a front row lock-out.

Hamilton beat teammate Valtteri Bottas by three tenths of a second in the final stage of qualifying, but had trailed the Finn through both Q1 and Q2.

A spin for Hamilton at Luffield saw him lose his opening run in Q2 and spark a red flag after dragging gravel onto the racing line as he returned to the track.

Hamilton explained that some subtle set-up changes made after practice on Friday had left the car feeling unstable at points, causing his spin.

"In actual fact it really wasn't a nice qualifying session for me," Hamilton said.

"I had this inconsistency with the balance of the car, I was struggling. I got into Q2 and had that big snap and spin, which is my first spin in some time.

"Luckily the tyres were fine, but then we came in and I went back out on another fresh set, which was just fine. Then it's just really trying to recompose yourself and get yourself back aligned, because it's about building, just building blocks when you go through qualifying.

"That was probably the hardest turnaround I would say, knowing that Valtteri had just been putting in quick lap after quick lap. So to go into Q3 with a fresh reset mentally and put in those two laps, I feel great.

"Valtteri has been pushing all weekend, he was incredibly quick here. I think I had a tenth and a half advantage to him after the first lap, and I knew that he would pick up some pace in that second run, so the pressure was still on to go out and do better."

Hamilton paid tribute to the Mercedes team for its efforts after dominating qualifying at Silverstone, finishing over a second clear of Max Verstappen in third for Red Bull.

The result marked Mercedes' seventh consecutive pole position for the British Grand Prix, a record stretching back to the start of the V6 hybrid era in 2014.

"It's pretty incredible, the performance here. This track is really one of the best tracks in the world, especially when the wind is right like today, and the temperatures are just right," Hamilton said.

"This team is remarkable. I'm incredibly grateful to this team who continue to do a great job back at the factory, and also here during the weekends. Bit by bit we continue to step forwards.

"We're still powering ahead, we're not resting on the performance that we have, we're trying to push the boundaries and the limits. That's the most impressive thing about this team."