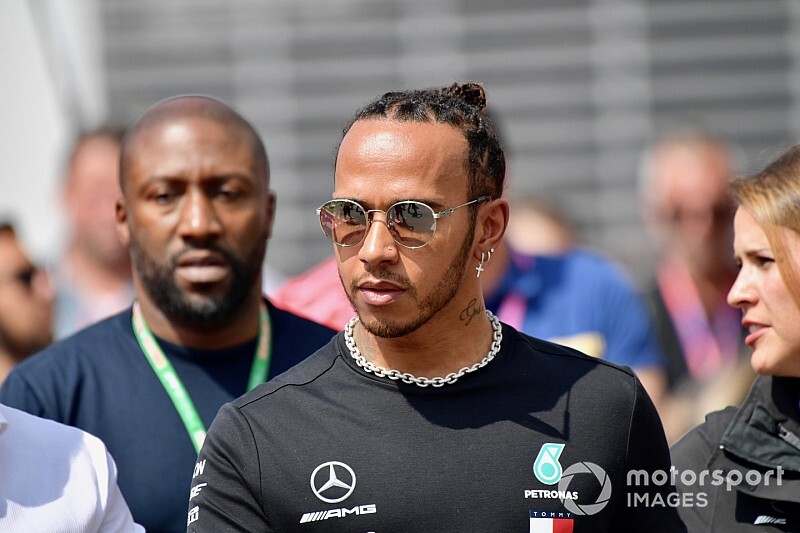 Lewis Hamilton says he was messaging Peter Bonnington for set-up advice before Mexican Grand Prix qualifying but has hailed the performance of his regular Formula 1 race engineer’s replacements.

Bonnington has engineered Hamilton to all four of his drivers’ titles with Mercedes and the pair are on the brink of a fifth together this year, but 'Bono' is missing the Mexican and United States Grands Prix because of a personal medical procedure back in the United Kingdom.

Asked by Motorsport.com about the impact of being without his usual right-hand man, Hamilton joked that Bonnington was in touch because he was “just a bit bored on his couch!” before revealing that he was assisting the race support team at the factory.

“Bono’s been with me for seven years, it’s the longest working relationship I’ve had with an engineer,” said Hamilton.

“They’ve both really stepped up to the plate. It’s quite nerve-wracking, it’s big shoes to fill. But the guys have really taken it in their stride.

“I’ve worked really closely with Bono and even today before qualifying I was texting Bono, just talking about set-up, so he’s still within it.”

Hamilton and Bonnington’s exchanges over the radio have made the race engineer one of F1’s most recognisable voices over a grand prix weekend.

While Bonnington is widely associated with messages like “Lewis, it’s Hammertime” when the five-time world champion is instructed to push harder during a race, it is his command of the various strands of information available during a grand prix and rapport with Hamilton that is of immense value to Mercedes and its star driver.

“The pressure’s immense for all of us and it’s definitely not easy to be the #1 person to have to speak to me also.

“Bono manages it really well and for Marcus to jump in immediately and feel the pressure that I…I don’t try to put pressure on but naturally it’s a pressure environment.

“But he seems to have taken it in his stride.”

Albon: Crashes not down to pressure to match Verstappen

How Hamilton can win his sixth F1 title today