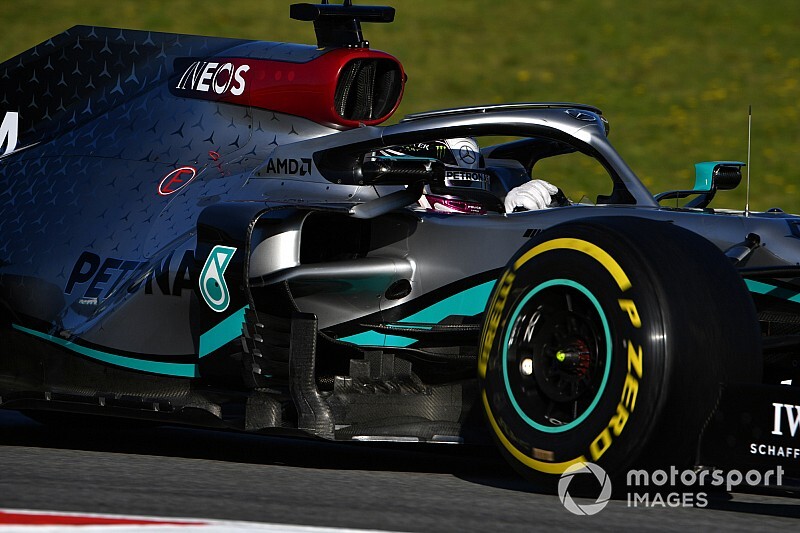 Lewis Hamilton says Formula 1 needs better tyres, as he expressed some frustration at the increased pressures that Pirelli will lay down this year to cope with the downforce of the 2020 cars.

Pirelli has come under fire from drivers at times over recent seasons for their F1 tyre's high degradation and sensitive characteristics.

A new construction intended to help open up the tyre operating window for 2020 was tested and evaluated last year, but was unanimously rejected by teams.

The 2019 tyres are therefore being used again, but the step forward in performance of the current cars means that tyre pressures are likely to ramp up to ensure there are no problems.

Hamilton believes the situation needs to improve as F1 prepares for its biggest technical change in decades next season.

“They brought 2020 tyres, which were worse,” said Hamilton, when asked by Motorsport.com for his thoughts on the change in pressures. “It’s easier for us to go into another season with the same tyres.

“The fact that they pump them up more isn’t so great because they looked fine last year, but they’re definitely way too inflated.

“We’re just going to keep on pushing them to try to do better, and these tyres will be OK for this year.”

Last year the FIA issued a new ‘target letter’ to Pirelli outlining desired parameters such as the performance steps between compounds and the ideal number of pitstops in races.

The drivers have also held discussions with Pirelli representatives in an attempt to have more influence.

As F1 enters a new era from 2021 with 18-inch tyres, Hamilton says that particular focus needs to be made on tyres.

“The race is what needs to improve,” he said. “Reduce aero and give us better tyres. That’s a very, very important line there: we need better tyres.

“We’re trying to communicate with them better. The target letter, I don’t know who’s written it this year but they obviously didn’t do a good job for the 2020 tyres. But I hope for 2021 that we have a better target and one that they’re able to meet or a manufacturer is able to meet.”