Hamilton feels he has been "average" so far in 2019 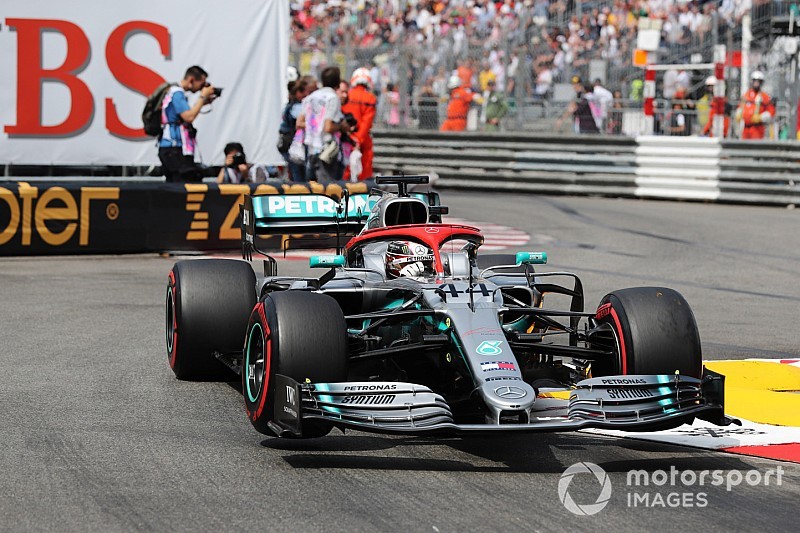 Formula 1 championship leader Lewis Hamilton believes his start to the season has been "quite an average performance from myself", despite winning four of the six races so far.

It came after only his second pole position of the season, having admitted during the previous race weekend in Spain that he was struggling with one-lap performance so far.

Hamilton said: "I definitely feel that it's been quite an average performance from myself. Maybe above average, but generally quite average for the first six races.

"I feel like I've got the best I could get [from the results]. I've arrived prepared, the best prepared I could be. But in terms of extracting the true performance from the car, I feel like I've struggled a little bit in these six races."

It also edges his previous best-ever start to a season, when he began the 2015 campaign with three wins, two second places and a third.

The last two seasons Hamilton has had slightly patchy form across the opening races before building momentum as he gains a better understanding of his car and the calendar switches to races on rear-limited circuits, which suit his driving style.

"Without doubt it's going to improve as the knowledge you gain over the season [increases]," said Hamilton of his personal performance.

"Particularly with the tyres this year, where the window is even smaller and maximising [them is harder]. I do anticipate things will get better, as it will be for all of us.

"I hope, at some stage, that I'm able to crack the issues that I've had and get back to the form that I have within me. Whether that's the next race or 10 races from now, I can't really say. But I am very, very focused on making sure I rectify any of those [shortcomings]."

Steiner says some F1 stewards are "just not up to it"