Hamilton "as shocked as everyone" by Mercedes' front row lockout

Lewis Hamilton felt “as shocked as everyone” by Mercedes’ surge to lock out the front row of the grid in Mexico Formula 1 qualifying on Saturday.

Mercedes entered the race weekend at the Autodromo Hermanos Rodriguez expecting to trail Red Bull for outright pace, with the high downforce requirements of the track playing to the strengths of the RB16B car.

Red Bull took a comfortable 1-2 in final practice, but Mercedes hit back when it mattered in qualifying by topping all three stages, completing a front row sweep in Q3.

Valtteri Bottas scored pole position ahead of teammate Hamilton, who will start Sunday's race one place ahead of title rival Max Verstappen.

Hamilton finished over two -tenths of a second clear of Verstappen, while Bottas enjoyed a margin of 0.350s over the lead Red Bull.

Asked what had changed to result in such a big gap to Red Bull, Hamilton replied: "I really have no idea.

"They were like six tenths ahead at some stage, and then four tenths ahead. But whatever happened, once we got to qualifying, all of a sudden we had better pace.

"I'm just as shocked as everyone. But we'll still take it." 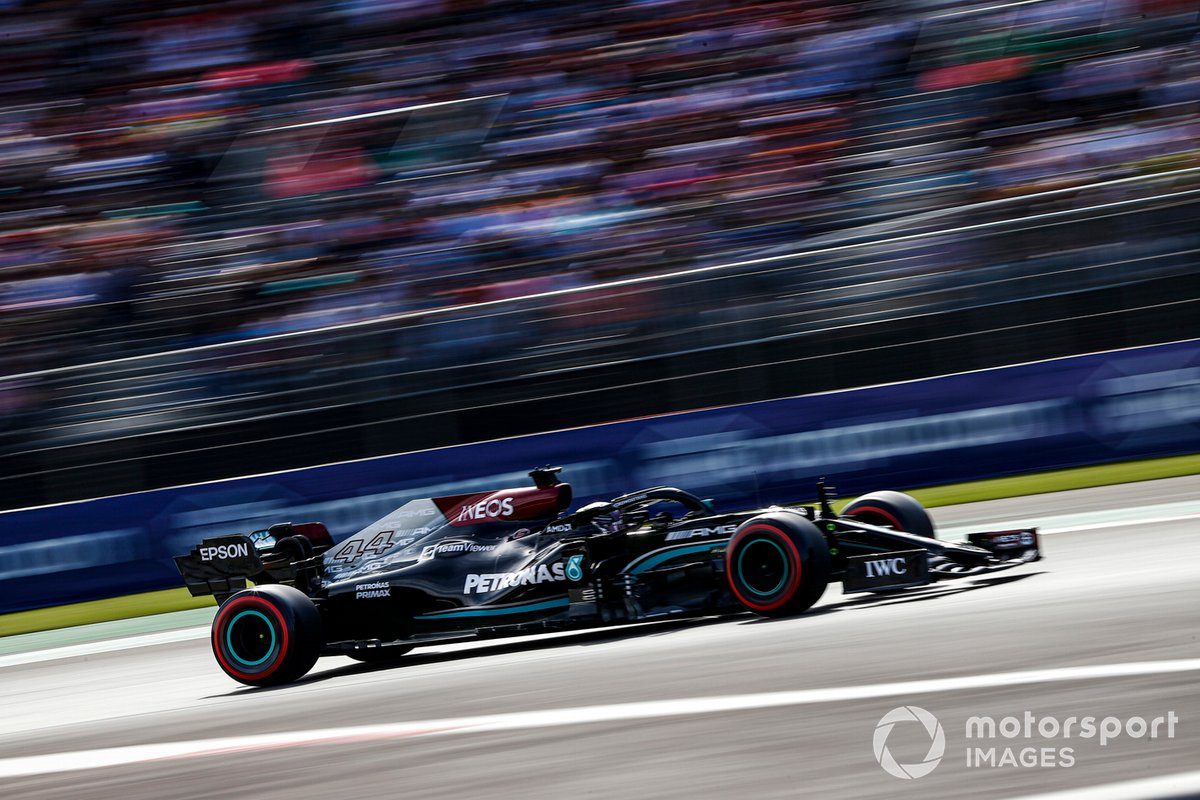 The result serves as a boost for Hamilton's championship hopes after losing ground to Verstappen at the last race in Austin, slipping to 12 points behind the Red Bull driver.

Hamilton said on Thursday he expected Red Bull to be "rapid" in Mexico, but will now look to capitalise on his qualifying advantage over Verstappen.

Hamilton was full of praise for outgoing Mercedes teammate Bottas, hailing an "amazing job" by the Finn to take his third pole position of the season.

"I'm so proud of Valtteri, I think he's been driving so well in the last few races," Hamilton said.

"It's really great for the team. They've been working so hard.

"We didn't think we had the pace this weekend. So to lock out the front row is pretty special, and obviously gives us a good fight with the others tomorrow."

Hamilton added that while he would "love to be" in Bottas's position on pole, he acknowledged that his teammate "did a better job today".