Hamilton: Amazing to see F1 has finally cracked the US

Mercedes driver Lewis Hamilton says it is "amazing" to see Formula 1 has finally "cracked" the US after years of lukewarm interest from American race fans.

By:
Filip Cleeren
Co-author:
Matt Kew
Listen to this article

F1 is gearing up for the inaugural Miami Grand Prix this weekend with a race around the Miami Dolphins' Hard Rock Stadium.

The much-anticipated event joins Austin's United States Grand Prix on the calendar, with a third American race to follow next year when F1 visits the iconic Strip in downtown Las Vegas.

Seven-time world champion Hamilton, who won the last-ever US race held at the Indianapolis Motor Speedway in 2007 and then competed in a period when the US was absent from the calendar until Austin's arrival in 2012, says it is great to see the F1 has finally taken off in the country.

"Growing up knowing how amazing the sport is and seeing that there was still quite a disconnect between the US and the rest of the world in terms of the passion for this sport, it's really amazing to see that we've cracked it and there's a growing love in the States," Hamilton said.

"The US has a lot to offer in that space, so it's super exciting." 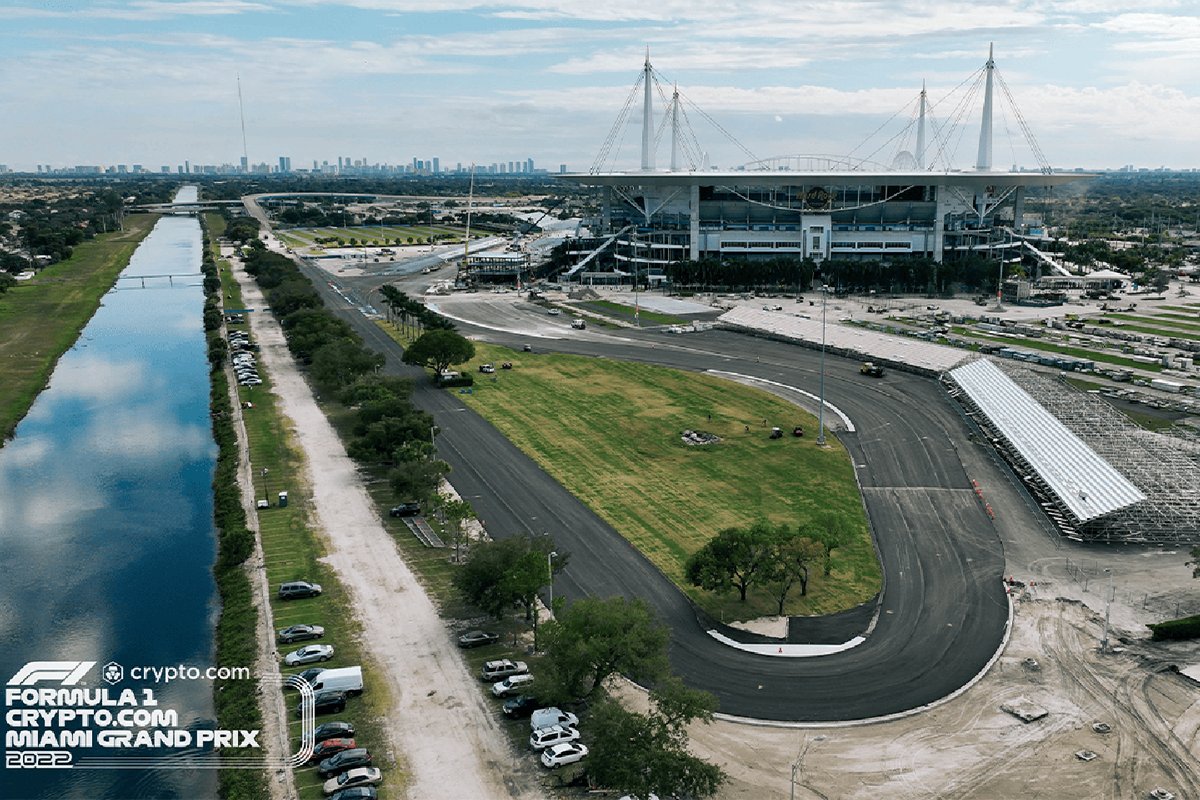 The 5.41-kilometre anticlockwise circuit in Miami Gardens features a variety of low-speed sections, Esses and a 1.28km, 320kph straight that leads towards the hairpin at Turn 17, which is expected to be the track's main overtaking opportunity.

Much to social media's amusement, the circuit also features a fake marina with fake water to give the stadium environment more of a Miami flavour.

Hamilton's former Mercedes teammate Valtteri Bottas was one of several drivers to give the track the thumbs up when he sampled it on the simulator.

"Actually, it was nice to see that it seems to be a really good track for overtaking," said the Alfa Romeo driver.

"I think the way the track has been planned; from my side it looks positive. It should be good racing. Pretty long straights and a couple of really good overtaking opportunities.

"So, let's see how it is done in real life, but to me on paper, it looks good. And I'm sure as an event it's going to be pretty amazing."

Why Miami is a central chapter of F1 2022's biggest storyline