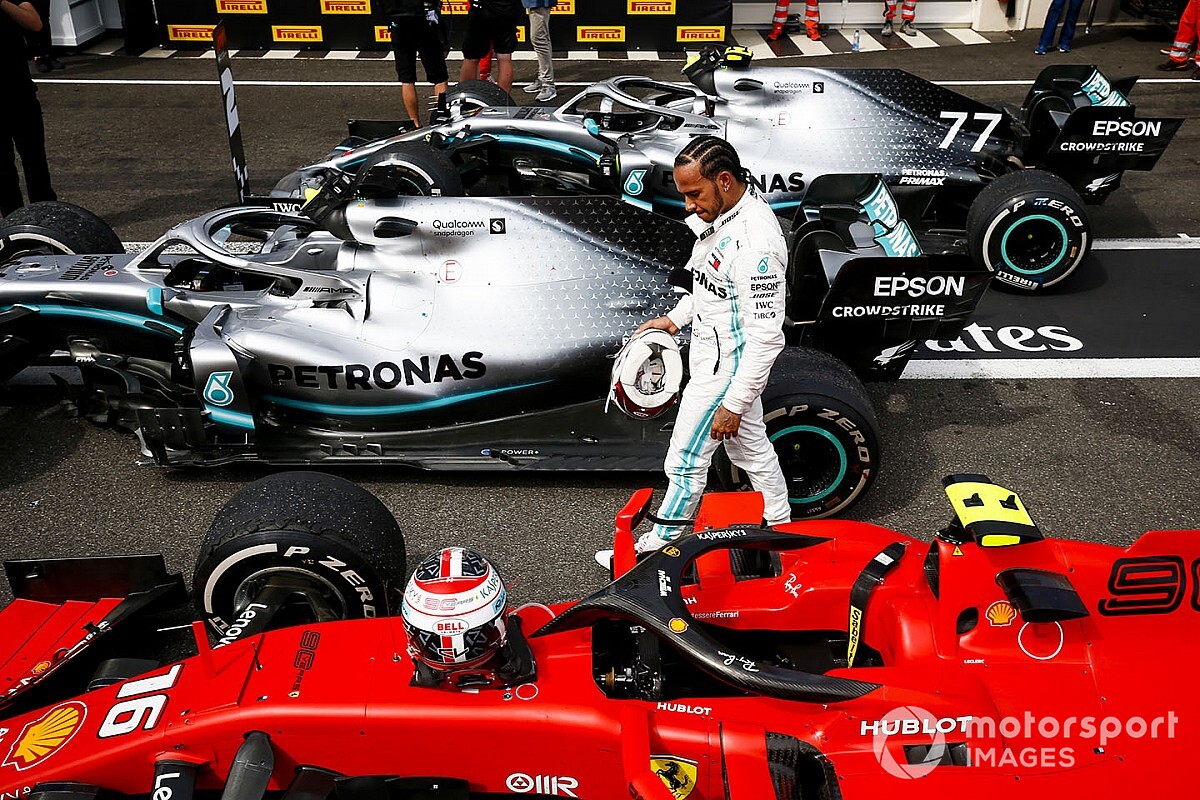 Lewis Hamilton says Formula 1's 2021 overhaul is "nowhere near where it needs to be" and requires "serious changes", after attending a crunch meeting that delayed finalising the rules.

Discussions over the major rules change first started in April 2018 but teams retain a number of concerns over the latest proposals and the summit in Paris two weeks ago shuffled the deadline to finalise the rules back to October, to buy stakeholders more time.

Asked by Motorsport.com what he expected to gain from attending the meeting, and if it left him encouraged, Hamilton gave a detailed answer about what drivers are trying to achieve, why the rulemaking process needs to achieve, and where he believes things can be improved.

He acknowledged that "it was encouraging that they allowed us to be there", but was critical of the situation F1 is currently in.

"They were really, really welcoming, which was great," he said. "I'm hoping they'll continue to have us there, a couple of us drivers each time.

"They've extended the decision of making the rules. I think they need to, because they are nowhere near where it needs to be in my opinion. They've got to make serious changes to the decisions they've already made for what 2021 should be."

Hamilton said that the root of his attendance was that the drivers are finally united under the GPDA banner and they are "just trying to get in the door and be a part of it [the rulemaking process]".

"For many, many years they've never wanted us in that room," said Hamilton. "Which I guess is why it's never happened. Because they are engineers and the guys that make the decisions. We're 'just' drivers.

"But we know how the car feels and we have good positive criticism and negative criticism that can only help influence their decision.

"You can't make a rule change about something without having all the facts behind it, and what effect it will have. So we just go in there to try to be a guide and if we can be part of the rudder.

"If they come up with an idea, we can say, 'Actually that would feel terrible in the car'."

Hamilton said an element that was positive is F1's commitment to "a real aero package that hopefully will have an impact on [cars] following [one another]".

However, he claimed that the weight of the cars "is not a great thing" and wants the 2021-generation car to be lower and replicate "the speed of the cars in the early 2000s".

"It still needs to be F1, the pinnacle of the sport and the fastest cars around the world," said Hamilton. "Hopefully with us as a part of it we can make a real cool change.

"It's not only that, it's the format of the weekend that can shift a little bit for the fans, how we engage and bring the fans in. There's all these things that can be better."

Hulkenberg echoed Hamilton's views that the aero element of the 2021 rules was encouraging.

"The cars are fast, they are spectacular, the problem is you can't get close to a car," he said. "But I think for the 2021 rules that hopefully will be addressed properly.

"I have faith that on the aero side, which is the most important, that will be corrected and adjusted the right side."

FIA: Quick start that "surprised" drivers was within the rules