Following the takeover of the Silverstone-based outfit assets by a consortium led by Lawrence Stroll, a deal was put together by F1 and the FIA to classify Racing Point Force India as a new team.

Although Haas joined other outfits in approving a deal that allowed Force India to retain the commercial rights earned by its former identity, Steiner says that there are still uncertainties that needed clearing up.

Asked by Motorsport.com if he was happy that the Force India situation had been sorted, he said: “Is it sorted? For this weekend, absolutely. I think it is the right thing to let them race here.

“But there are a lot of open questions which need to be answered before I would consider it to be closed or sorted.”

Steiner said that it was now up to Formula 1 Management to clear up questions he has about the unprecedented situation of a team being granted a new mid-season entry in such a manner.

“FOM needs to explain what it has done,” he said. “We have a contract where it is written what is possible or not, and in due course they will explain how they will sort it and how it will work going forward.” 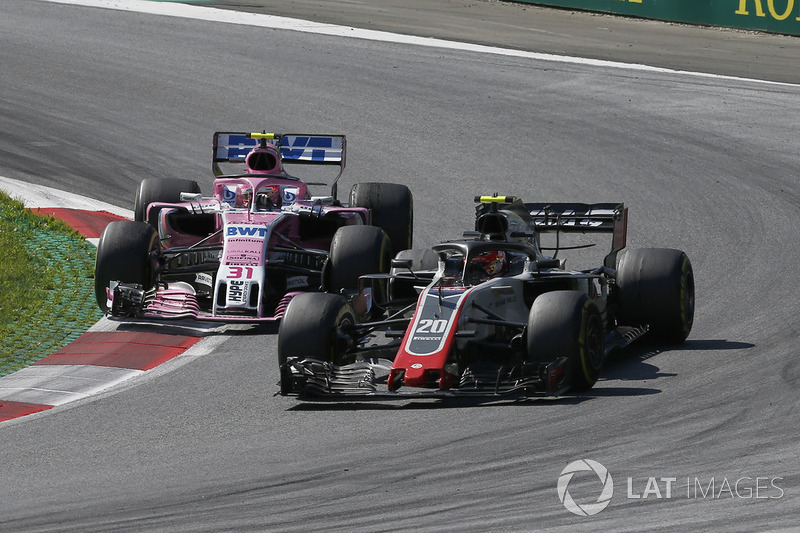 Although Force India has caused headaches for Haas in the past – either through stalling on approval of financial matters or criticising its relationship with Ferrari – Steiner said his outfit never considered hesitating over helping a move to save it.

“That doesn’t come into it in this game, that is a different one I think,” he said. “That is racing at the time. Even this year they have been vocal about us.

“It is more like we just have to understand what actually was done, or what will be done. We fixed the short-term problem that they race here, but how everything else is working I don’t have a clear picture.”

F1 team principals all gathered at the Force India motorhome on Friday evening for a meeting with Stroll, where it was likely that questions about its future would be aired.