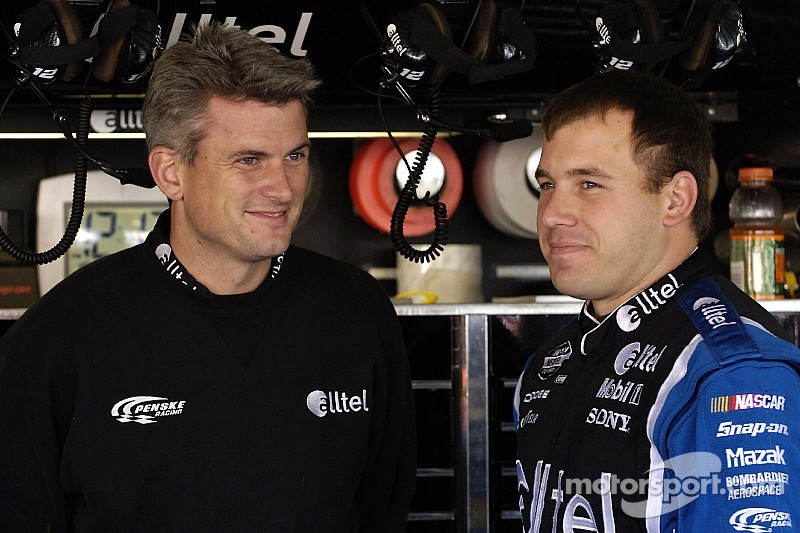 After seven seasons with Gene Haas, Matt Borland is transitioning to his new role with Haas F1 team.

MIAMI – The motorsports balancing act is in full swing for Gene Haas.

This weekend, Chase favorite Kevin Harvick and the No. 4 Budweiser team will battle for the Sprint Cup title. For Stewart-Haas Racing, it could mark their second championship since 2011.

On the Formula One side, 2014 has been a crash course in open wheel since the introduction of Haas F1. But one of Haas’ first hires, Matt Borland, was recruited from right next door.

Although Borland, 43, has straddled his duties between SHR and Haas F1, the engineer turned crew chief and now vice president of competition on the NASCAR side will take of the role as vice president of special projects for the F1 team at seasons end.

Formula One is certainly a lot more technical and I think Borland is looking for the challenge.

“Formula One is certainly a lot more technical and I think Borland is looking for the challenge,” Haas told Motorsport.com. He’s been doing this a long time and even I have been doing NASCAR a long time and I look at Formula One, like next year we’ll have a whole year to see how these cars are built. I’ve already had a couple of opportunities to see how the cars are built and they’re just very fascinating.

Haas and Borland attended the F1 race at Circuit of the Americas last month. Haas also visited the Maranello-based Ferrari during the Italian Grand Prix. In Austin, Borland preferred to remain under the radar while on his fact-finding mission.

Borland, who hails from Big Rapids, Mich., graduated from General Motors Institute in 1994. He initially gravitated to IndyCar before Roger Penske enlisted Borland’s services in 1999 to work on vehicle design and simulation for his NASCAR team. Not long after, Borland was selected to oversee the driver development program of a young engineer/racer named Ryan Newman.

In their season together, Borland led Newman to rookie-of-the-year honors and beating fellow freshman Jimmie Johnson for that title. In their first five-year stint together with the No. 12 team, Borland and Newman amassed 12 wins, 52 top fives, 83 top 10s and 47 poles positions. The pair finished the first four seasons in the top 10 before Borland ventured out on his own.

Newman reunited with his former crew chief at SHR in 2009, where Borland was Technical Director for Haas’ CNC Racing for 20 months prior to the transition with Tony Stewart. When crew chief Tony Gibson was chosen to run Danica Patrick’s team at the end of 2012, Borland rejoined Newman. In their final season together, Borland led Newman to his win in the Brickyard 400 and another Chase for the Sprint Cup berth.

Newman feels that one his Borland’s greatest strengths is building competitive operations from scratch.

He is the guy I would want if I was going to do that.

“I guess Matt’s first real situation like that was his first go-around with me as far as our ARCA start,” said Newman in what was labeled his ABC tour in 2001. “We started with three or four guys at Penske and built an organization that became a Cup winner in the All-Star race before our rookie season.

“He knows how to get things started, and he knows how to put people together. He did the exact same thing last year with a team that took us to a Brickyard 400 trophy. He is the guy I would want if I was going to do that. He’s very hands-on and knows how to do everything. At the same time, it’s a huge task so I hope he has some good people around him.”

McLaren to run Honda Interim Car at Silverstone on Friday